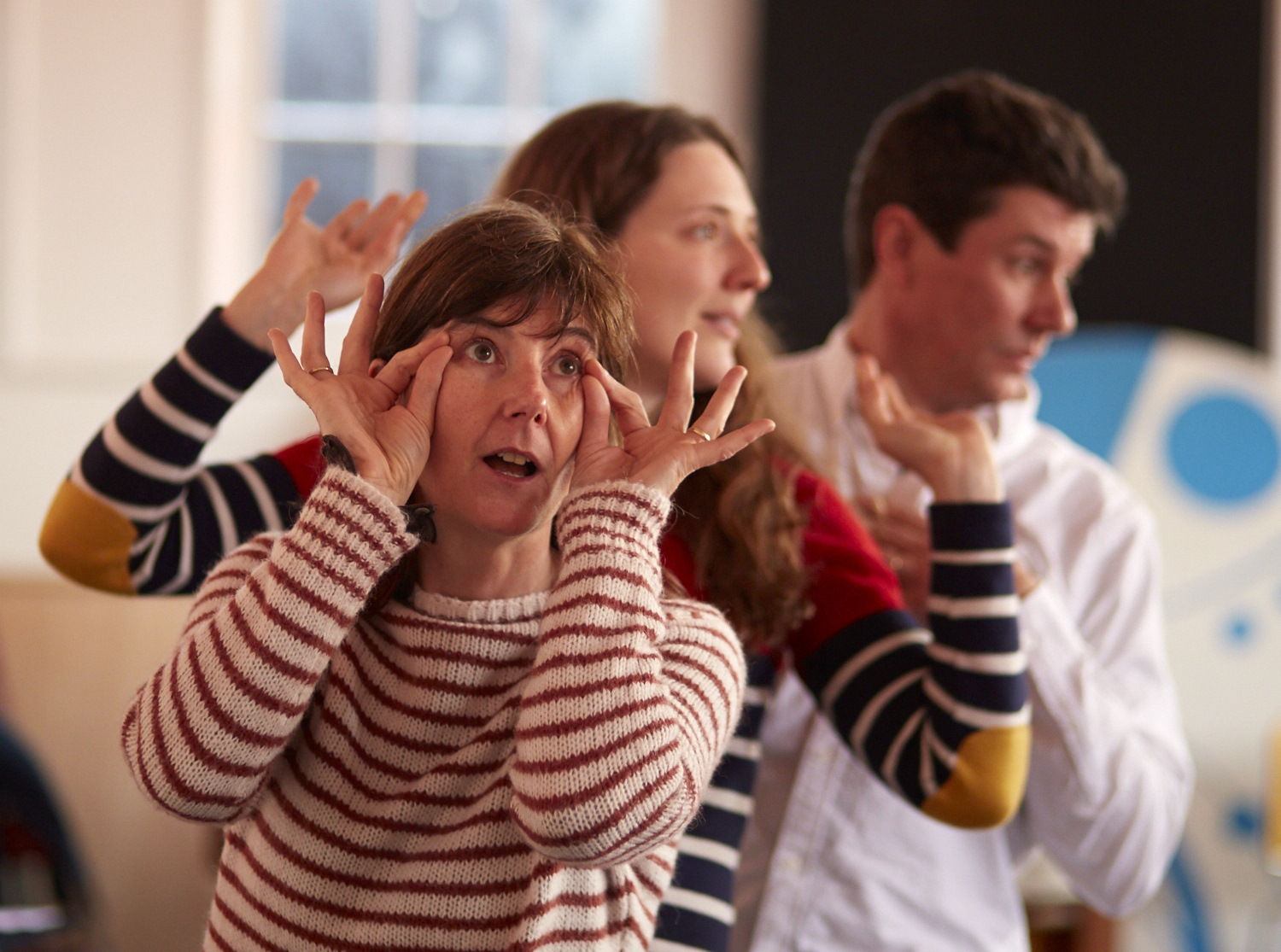 I Fagiolini is no ordinary voice ensemble – sitting in on a masterclass left us breathless. Find out why:

It is 10:00am and Robert Hollingworth with fellow-choralister, baritone Greg Skidmore, is at Musica Australia’s headquarters in Southbank to teach.

From appearances, he is never idle long. Â He is greying but I doubt he has gained anÂ ounceÂ since he founded British choral group I Fagiolini in 1986. Â At one point during his detailed critique of one of the three groups singing for him, he leaps off the floor, imitatingÂ excited passion. Â “This piece,” he says, “begins and ends with an orgasm,” – referring to the extremely high note it begins on that bursts through your ears, awaking you from the slumber of the Psalms sung by the previous group. 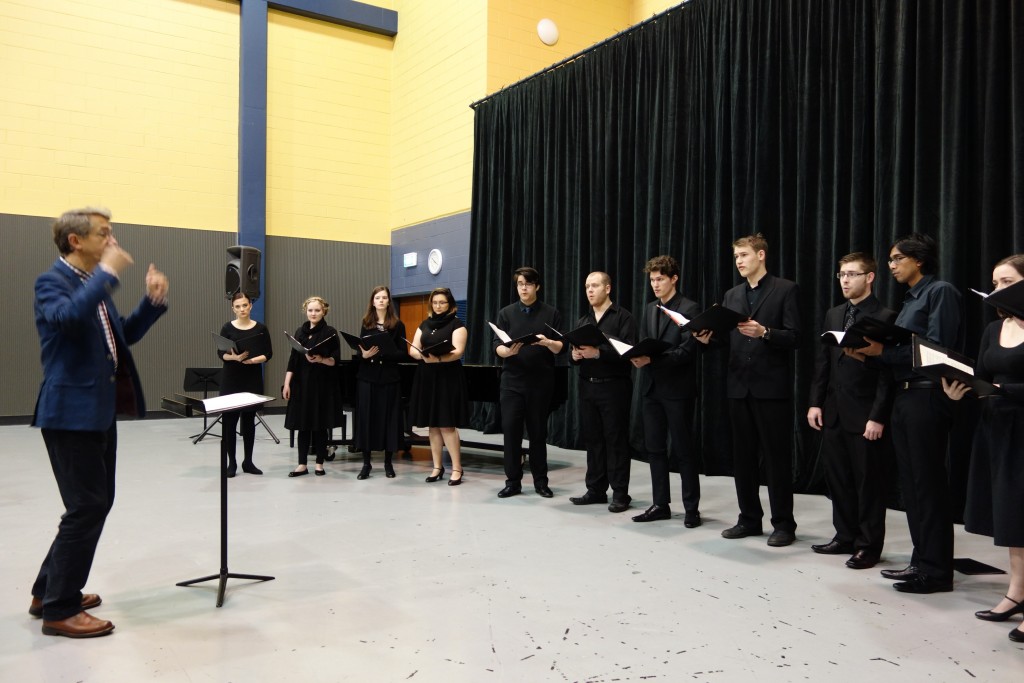 It is surprising to hear someone talk and act in such a way, in such a restrained setting. ButÂ I Fagiolini is no ordinary choral group. Â You need to make the audience feel uncomfortable, they say, or in Robert’s words, make it “aurally pleasurable.” He pauses deliberately so you get the double-entendre caused by the similar sounding word ‘orally.’Â I am completely ready to takeÂ everything he says in relation to choral singing as gospel when he somehow demonstrates how the vocal chords are able to produce two different notes in one breath. 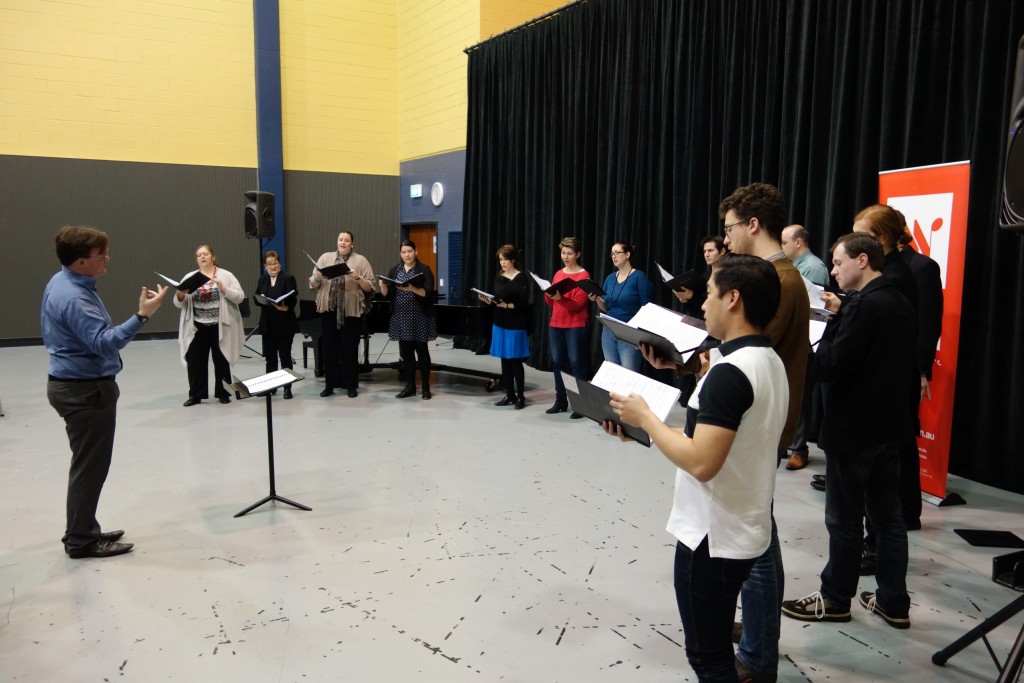 The first of these is Il gioco dell’occa (1595) which translates to Game of the Goose, and there is no hidden meaning here as to what the piece is about. Â It is about playing a board game called the Game of the Goose. Â To introduce, Robert explains that the piece contains a very un-funny joke to modern audiences but one which was hilarious in the 16th century. Â I wonder how I am going to know when this occurs since the piece is sung in Italian, a language I cannot understand a word of. Part way through however, Robert holds up a sign says ‘Laugh Now!’. Â And in all heartiness, the audience obeys. 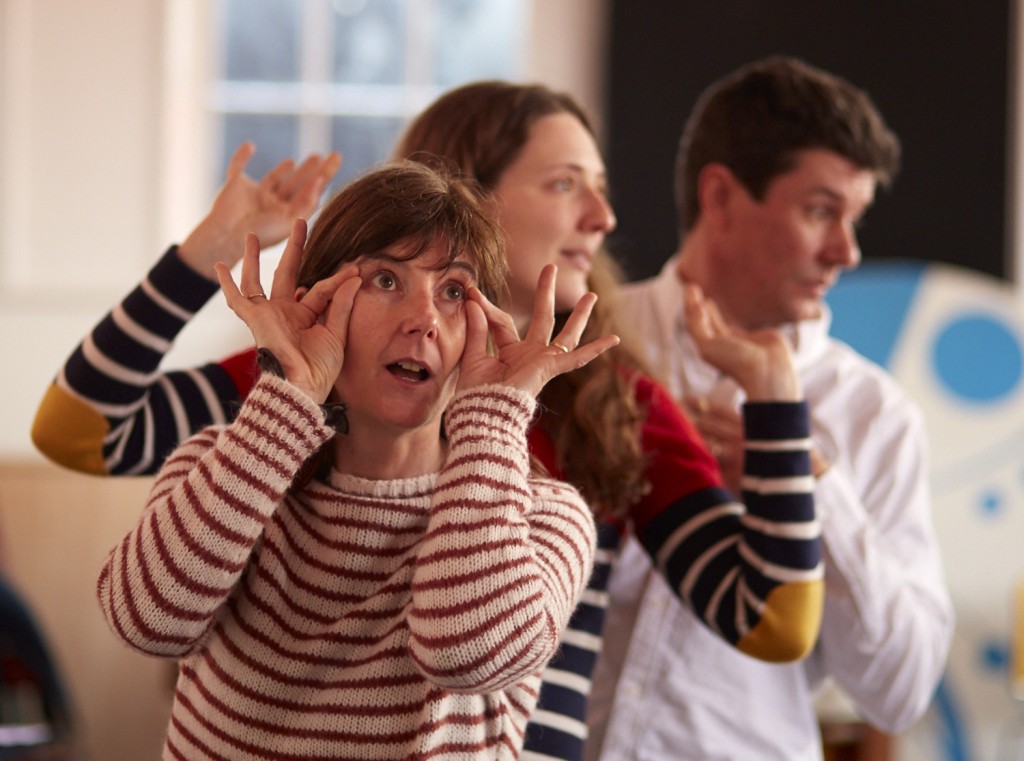 Looking at the sea of grey and balding heads before me, I can tell that even in my mid-30s I amÂ by far one of the younger members of the audience attending, which is a great pity. Â The presentation of the singers and the song choices, and particularly the vernacular Robert highlights in the music, would have assaulted some ears if they were not familiar with I Fagiolini’s work.Â In it, the group singsÂ the following verses while acting:

May God keep sending us his wonders: /Â That is, all pustules great and small,/Â The lake of phlegm, the poo-poo mountain,/And best of all of them is this: /Â Infirmity’s eternal fountain, /Â Long hard bouts of burning piss!

Shocking? Â It shouldn’t be. Â As Robert explains, this is what opera singers have been singing about all these years. Â It just sounds fancier to sing about a steaming stag turd, as withÂ La Chasse (The Chase) – a piece where the singers sing barking sounds -, in French or Italian. 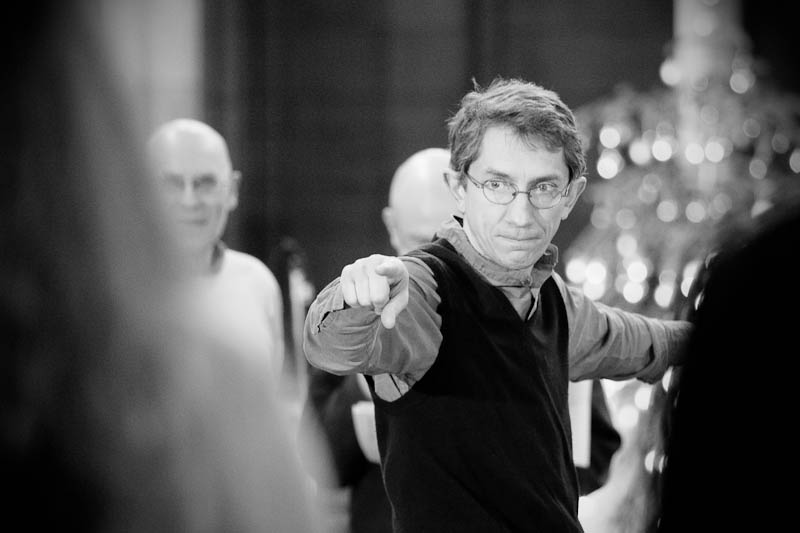 Not all songs are crude. There are moments when the music holds youÂ in a heavenly state, such as in Luire (Shining) the final of Francis Poulnec’sÂ Sept Chansons (Seven songs 1936). Â But of these more serious pieces, my favourite is the encore piece. Created on a trip to Africa, you can hear the African influence in the chanting. The piece is about a man who doesn’t know where he will sleep that night and so spends it praying. As they exit one by one hands in prayer, the members create single silhouettes against the wood-panelled doorway ofÂ the stage exit. Â The last of these silhouette’s is Robert, dressed top to toe in black, a symbolicÂ full-stop.