Review: Kingswood at The Zoo

As of last Friday night, Kingswood have taken the top spot in my brain for “Most Laid-Back Gig I’ve Ever Been To”. The band from Melbourne graced the stage at The Zoo halfway through their national tour, and boy, were they a delight.

The Zoo also presents itself as a down-to-earth out venue. It isn’t trying to be anything that it’s not. The energy in the room reflected that – everyone was having a good time, but no one was manic – we were all just there to see a cool band play some songs.

For me, the best part of seeing artists perform live is their interaction with the crowd. I discovered that Kingswood have got this down pat. Between songs, someone yelled “play Big City!” they all looked at each other, shrugged and said “okay.” So they played ‘Big City’.

Other topics of conversation between songs included lead guitarist and vocalist Alex Laska lamenting about his hair.

“Guys with short hair, you might not get this, but ladies with longer hair, you know how you have to plan your hair washes around your activities?” We all cheered. “Well,” Laska continued, “I washed my hair last night and now it’s fluffy as fuck.” We cheered again even louder.

“Will you just cheer at anything we say?” asked lead vocalist Fergus Linacre. Obviously, we cheered again. 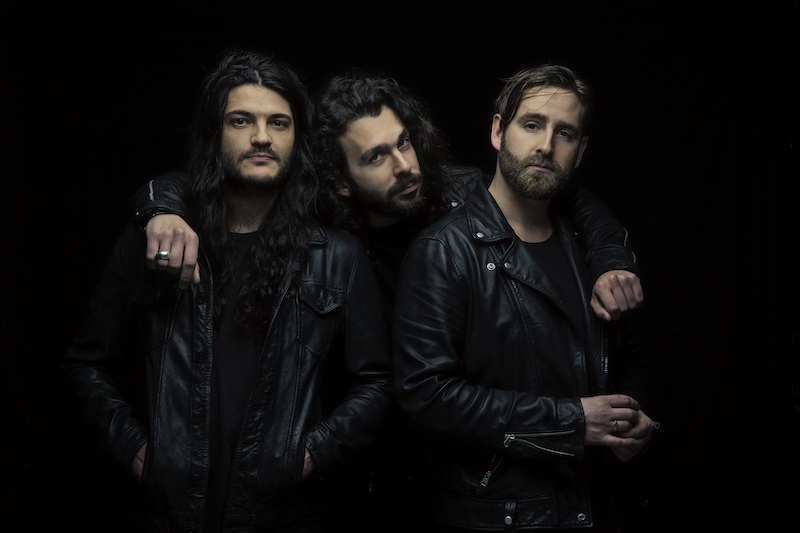 Other highlights included Linacre jumping into the crowd during one of their songs, handing his mic to someone in the audience to sing a few lines, leading us into a pared-back acapella version of ‘Ohio’, and demonstrating how to play one of his games with bandmate Laksa.

“We like to do this thing where I say something to Alex, and he has to answer by playing the guitar.” Linacre explained, before launching into a story about spooky forests and cute kittens, soundtracked by Laska’s moody strummings after every clause.

If they were just trying to fill out a set, it didn’t feel like it. It seemed more like a bunch of guys just jamming together and doing what they loved. When they rounded out the night with a rousing rendition of ‘Creepin’, I felt like I’d just made a whole bunch of new friends. You can’t ask for much more than that.