Dominic Pearce and Aaron McCann direct the latest entry in the Red Dog franchise with their tale about how Koko, a humble show dog, became a movie star and Aussie legend.

Red Dog took Australia’s hearts – and pockets – by a storm. The Screen Australia gem made 21 million dollars at the Australian box office, which sits it securely between The Dressmaker and Mad Max: Fury Road in Australiana film.

Koko: A Red Dog Story is the third installment in the Red Dog cinematic universe, with the prior film Red Dog: True Blue coming out in 2016, four years ago. This time, with Dominic Pearce and Aaron McCann behind the lens, the film shirks its based on a true story tagline, trading it in for actually a true story.  Still, McCann and Pearce, of Top Knot Detective fame, borrow from the mockumentary genre they’re known for, while still operating within the confines of a documentary. 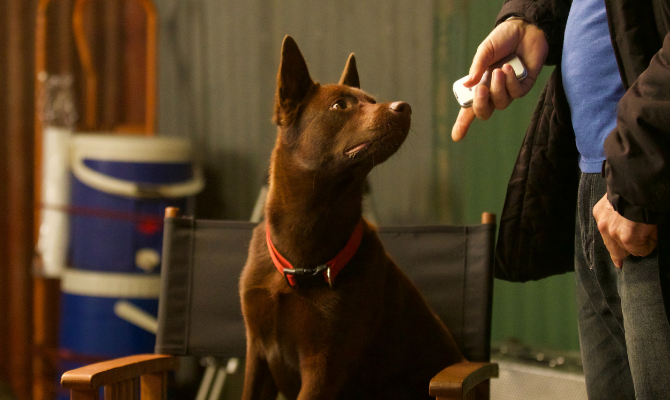 The film tells the story of Koko, the fluffy actor behind the portrayal of Red Dog. Told through a blend of interviews, re-enactments, and archival footage, Koko: A Red Dog Story is about the connection between humankind and canines – from Koko’s local community to the world.

Audiences can expect to feel suitably enchanted by the overload of doggy cuteness. Watching it makes you either want to cuddle the dog you have or drive to the nearest RSPCA to adopt one.

The antithesis of Netflix’s Tiger King, this Aussie feel-good flick shows an entertainment industry with genuine love and affection for animals. Koko, with all the charm and swagger of George Clooney, easily wins over the viewer – even if they’re not a dog lover.

This is party due to the truth behind the fiction. At its core, Koko: A Red Dog Story is a documentary, it’s Pearce and McCann’s retelling of Koko’s rise to stardom. This is a somewhat signature of the Red Dog franchise, the emotional engines of each entry are fuelled by a real story that inspired the fictional anecdote.

However, Pearce and McCann’s meta filmmaking style does cause some confusion. After finishing the movie, I was left wondering, How much of this is real? What did they embellish? Where does authenticity stop, and creative liberty begin? It could be said that Koko: A Red Dog Story is a mockumentary, but the inclusion of real-life testimonials and footage blurs the line.

It’s a bit like watching a true crime show and being shown a re-enactment of the events being described, except there’s no dramatic re-enactment flashed onto the bottom of the screen. Viewers are left to decide for themselves what is real and what is fake. 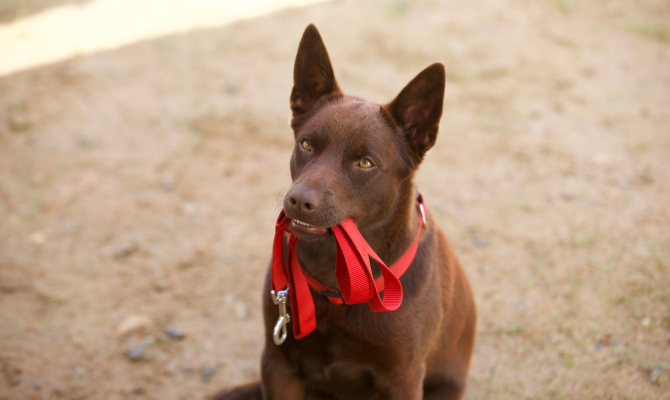 This only becomes an issue when thinking about the bigger picture. By itself, making a movie that’s half-documentary, half-mockumentary is fine, if not a little confusing for the viewer. But, when considering the ethics of documentary filmmaking, not knowing where the line in the sand between the two questions the integrity of the film’s truthful elements.

If you loved Red Dog, you’ll love Koko: A Red Dog Story. The film is an instant dopamine boost for pooch lovers. It’s no secret, Koko is the top-dog of feel-good family flicks.