Formerly of the band Decoder Ring, the Australian singer/songwriter has been touring worldwide for the last decade. Her impressive career seen her release four solo albums, perform on live TV and have music featured in global films and TV shows.

Last night Lenka treated us to an intimate gig before a dedicated crowd at Ashgrove’s Junk Bar. The hole-in-the-wall venue fits strictly no more than 50 patrons and is full of mismatching décor, vintage furniture, and several floor lamps that provide essential mood lighting. The little performance space was a fitting backdrop for this rare and intimate solo show. “Oh, hey guys, didn’t see you there,” Lenka joked popping up from behind a bedazzled keyboard, “welcome to my bedroom”. 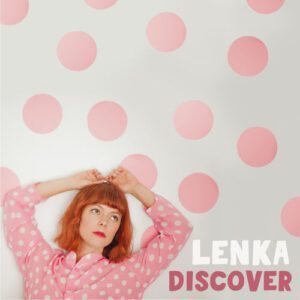 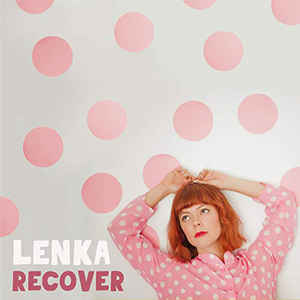 While it has been a little under three years since Lenka released new music, her double EP gives us a glimpse into her life in the meantime. After moving back to the Australian countryside, where she now resides with her family, Lenka faced a song-writing dry spell.

The double EP features six originals and six covers. During the show, she explained that singing other people’s songs helped to ease her back into the music writing process. Each song on Recover was chosen deliberately and meant a lot to her personally. Fuelled by feminist righteousness, her cover of ‘Respect’ would likely have the original artist, Otis Redding, “rolling in his grave”, Lenka mused.

Lenka began the set with her new track, ‘What goes up’ off the Discover EP followed by a mix of fan favourites and songs off both EPs in between chatting with the audience. She closed with her most well-known tunes, ‘Trouble is a Friend’ and ‘The Show’ which had the devoted crowd singing along cheerfully.