It’s been almost three years since Matt Corby has played a headline show in Brisbane and it seems people have forgotten just how good he is. Having released his first album, Telluric, in 2016 and going on a couple of tours, he went quiet apart from a festival every now and then.

Luckily for us, he released Rainbow Valley at the end of last year and announced a huge Australian tour shortly after that. So last night the tour finally made its way to Brisbane and boy was it worth the wait. Bringing Eliott and Blessed along for the ride, it was a night of pure talent.

If you’ve never been to a Matt Corby show, you need to know that he doesn’t mess around. His band is perfectly in sync with him and he played as many songs as possible in an hour and a half. After almost every song he would change instrument whether it be synth, keys, drums, guitar or the flute.

With it being the album tour we heard basically every song off Rainbow Valley. He opened with ‘Light My Dart Up’ before jumping into new songs like ‘No Ordinary Life’, ‘Better’ and ‘All Fired Up’ to name a few. 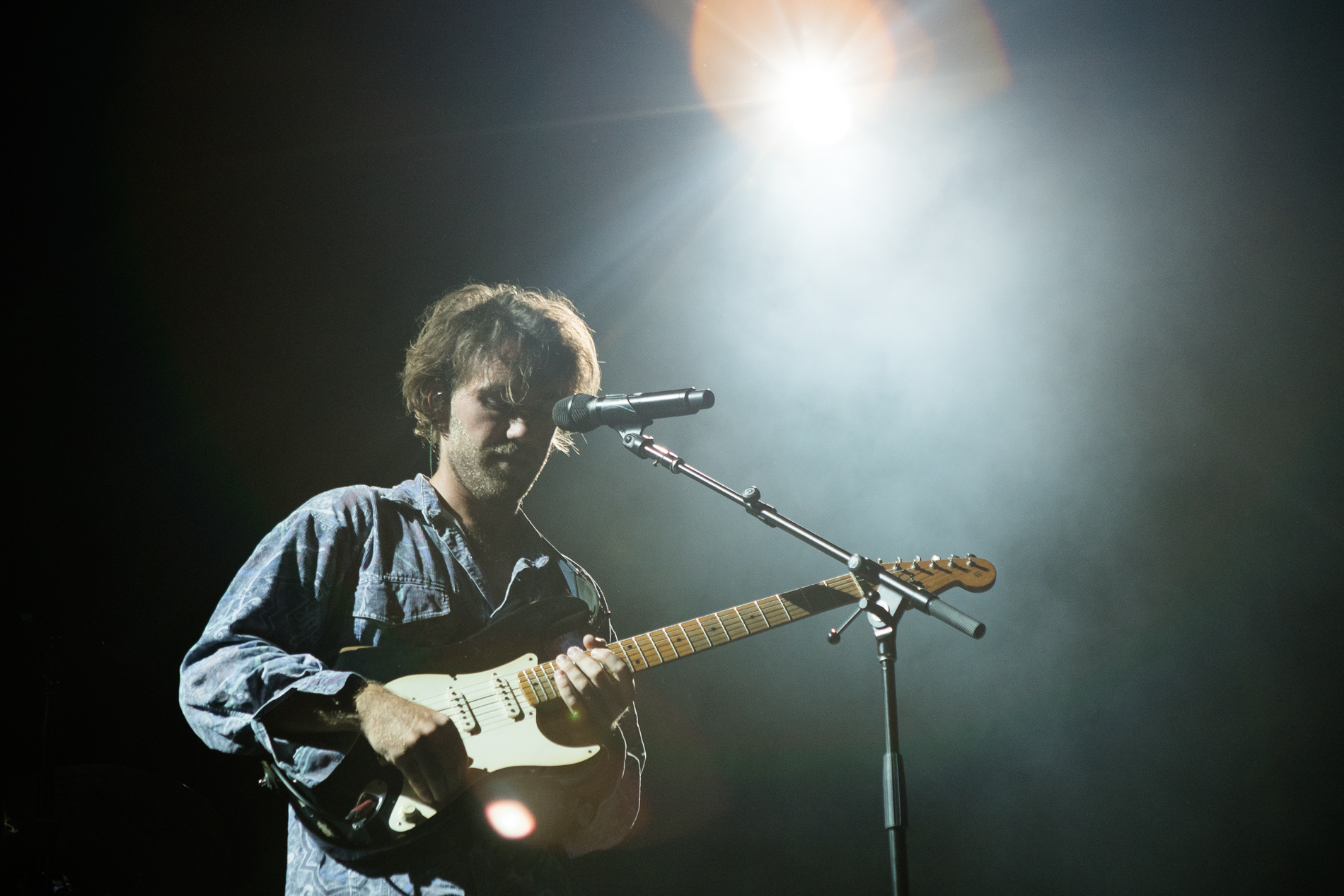 The lighting and graphics behind him made it easy to identify where in his discography the song was coming from. All new Rainbow Valley songs had brighter lights and almost psychedelic graphics whereas tracks like ‘Sooth Lady Wine’ from Telluric has more solid graphics. Then there’s ‘Monday’ which had not graphics to perfectly match the tone of the song.

Of course we got to hear the classics like ‘Brother’ and ‘Resolution’ too. I remember the first time I saw Matt Corby was at the same venue and he played ‘Souls A Fire’ and I instantly fell in love with the song. I was telling my friend about it before the show last night but followed it up with “it’s old though so I doubt he’ll play it” but he did! I don’t know what it is about the way he plays that song live but it’s always something I look forward to.

After what he called the “encore dance”, Matt Corby finished off the set with ‘Miracle Love’ for that perfect cherry on top moment.

He’s one of those artists where you walk away from a show and you’re just in awe. He’s got an insane amount of raw talent and even if it’s not the kind of music you’re into, he’s definitely worth seeing live. If you missed last night or maybe just want to see him again, he’s playing on the Sunday at Splendour In The Grass.