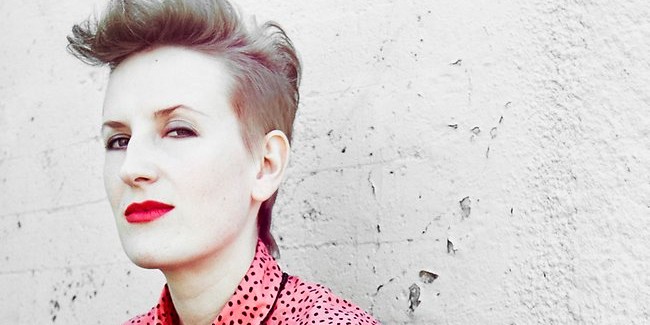 After religiously touring since July this year, gracing stages in both her current home America and her homeland Australia,Â Mia DysonÂ wrapped up her IdyllwildÂ album launch tourÂ at theÂ New Globe TheatreÂ in Brisbane’s Fortitude Valley last Friday night. Having made her musical debut and entering the scene over a decade ago, the award-winning globetrotter’s composing and performance skills only flourishes as she perseveres her passionÂ and continues to create her distinct brand of rock and roll-blues.

Doors to her BrisbaneÂ IdyllwildÂ launch opened at 7:30pm, allowing her eagerly awaiting crowd to pile into the theatre’s cosy back room. Supporting artistÂ Dana GehrmanÂ having left her band at homeÂ took to the stage on her own at 8:00pm, her only accomplice being her electric guitar. The solo country-rocker cut a confident performance, displaying the power of her voice and extent of her guitar shredding skills more so with each song she played. Rapport was established immediately between the young performer and her audience; while she chatted in between songs, her solo performance allowed her music to breathe and lyrics to speak for themselves, both aspects that created her connection with the crowd. 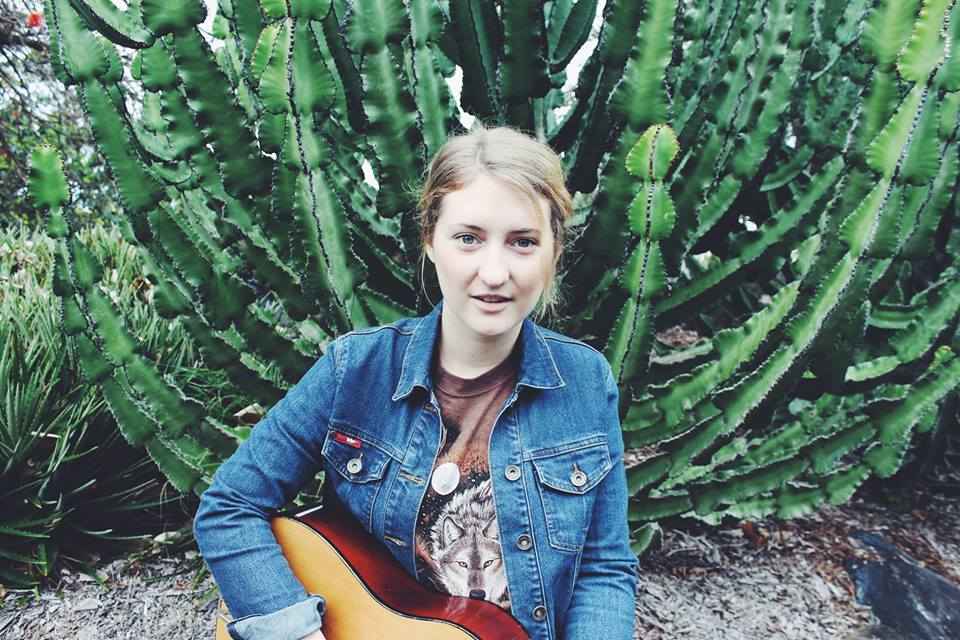 Her set consisted of song choices that impressed her watchers, and ranged between soulful covers of two of the artists’ favourite songs,Â Roll Um Easy andÂ Back Where I Started,Â and her own groovy compositions, both equally displaying her undeniable talent. Her own songsÂ Taking Me For A RideÂ andÂ Under The WireÂ both radiated attitude into the vibes that filled the room. When her performance strayed off on guitar-solo tangents her skill with a six-string could not be ignored.

After an impressive performance that displayed a sheer love for musical creation, the same vibes transferred intoÂ Mia Dyson’s set when she and her band swaggered onto the stage at 9:30pm. Her emotional set showcased nearly the entirety of her latest musical offeringÂ Idyllwild,Â and also delved into her song bank depositing some classics onto the stage to the delight of her enthusiastic audience. 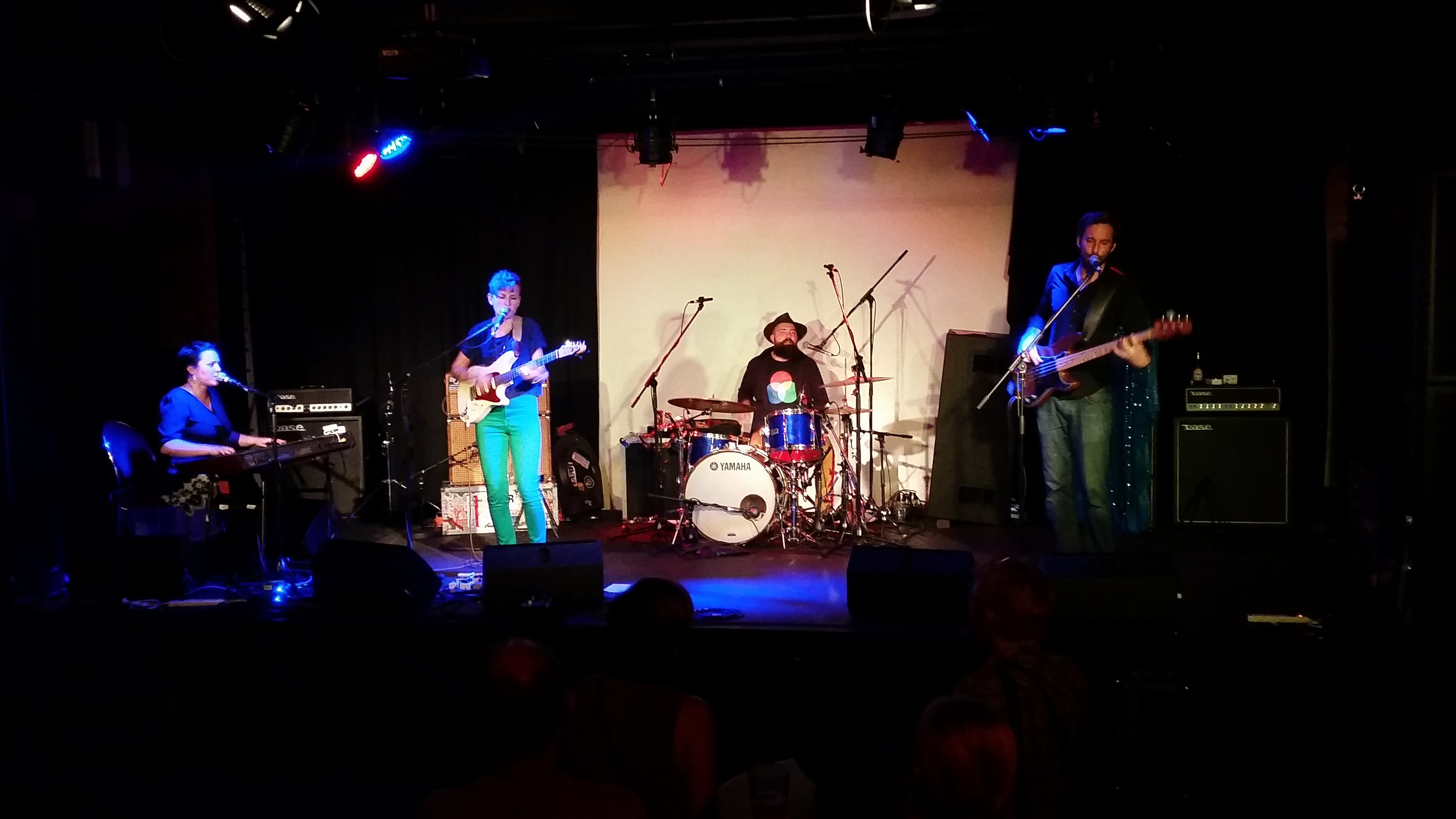 The hungry crowd experienced a large serve of treats throughout the duration ofÂ Dyson’s set. With the help of her band, each member masterfully handling their instrument,Â Mia Dyson electrified the theatre’s atmosphere from start to finish.

Her set list took her audience on an emotional journey; her faster paced tunes forcing everyone to pick up their feet and groove along on the wooden floors; her ballads mesmerising her crowd to a stand still with the raw emotion that can be heard in her raspy vocals. Evident crowd favouritesÂ IdyllwildÂ andÂ When We’re OlderÂ got everyone grooving, the wilder audience members bringing out their wildest moves during these hits.Â Crazy HorseÂ andÂ She Can’t Take The World, standout tracks from her latest album, ignite the crowd further with their insistent guitar riffs.

Some of her slower songs that pick up pace as they progressÂ titledÂ That Sugar andÂ Any 3 ChordsÂ made an appearance during the set, displaying the raw talent of her vocals further and makingÂ everyone sway in time to their infectious melodies.Â Dyson’sÂ well-loved classicÂ Pistol was also brought to the stage, extracting the same effect. Undoubtedly the most stirring moment during her performance was when she traded positions with her keyboardist to play her songÂ Made From The Same Clay, an ode to the confrontational homelessness that she’s witnessed since moving to LA. 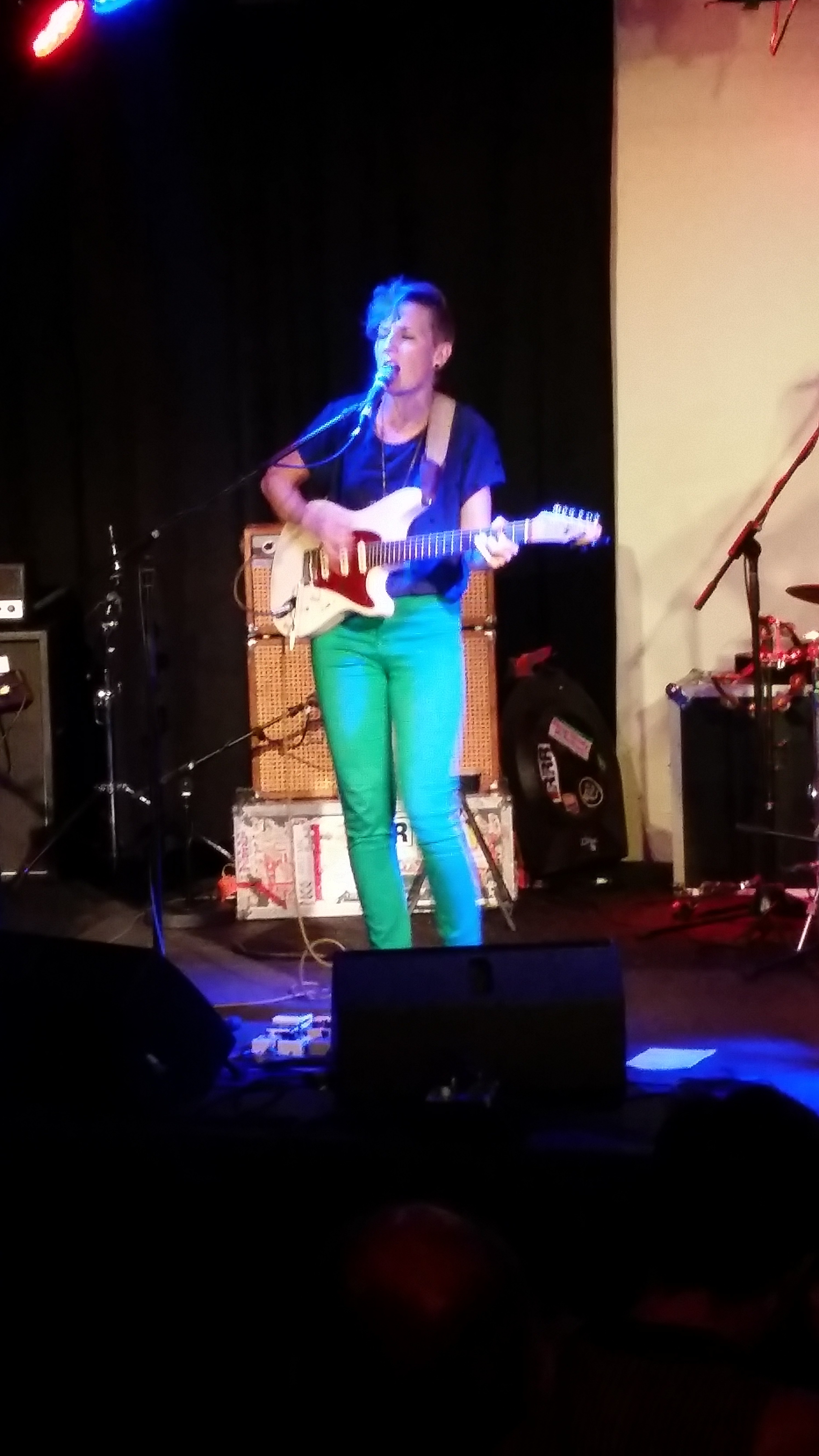 Dyson and her band’s chemistry could not only be witnessed on stage when they smirked at each other, but heard in the way they played, each member bringing their own element to the mix that created the perfect combination. Keys played and backing vocalistÂ Liz Stringer creates delicious harmonies with the assistance of bassistÂ Tim Keegan,Â their sweet backing vocals being a tasteful treat for the audience’s ears. The energy of drummerÂ Danny McKennaÂ was electric, his drum solos bringing jaws to the floor.Â Mia DysonÂ was a humble performer; while she did not say much, launching from song to song with gusto, she took the time to express her gratitude to her dedicated crowd on multiple occasions throughout the night.Â DysonÂ truly proved her talent as a songwriter, guitarist and entertainer on the theatre’s stage, as she gave herself entirely over to her performance.

Ending on a high note, she closed her set with her electric songÂ Cigarettes. When herself and co exited the stage, the feet of her fans near stomped holes in the wooden floors, demanding she return for an encore. Indulging her adoring crowd she returned to the stageÂ to playÂ her heartfelt treasure Based On Your Eyes, hypnotising her audience further. Waking her crowd back up,Â Dyson closed the night with an upbeat song that made everyone dig deep into their reserved energy and dance, celebrating a show that those who witnessed will find it extremely hard to forget.