Starting just after 8pm was the first of the two support bands, Doom Mountain. 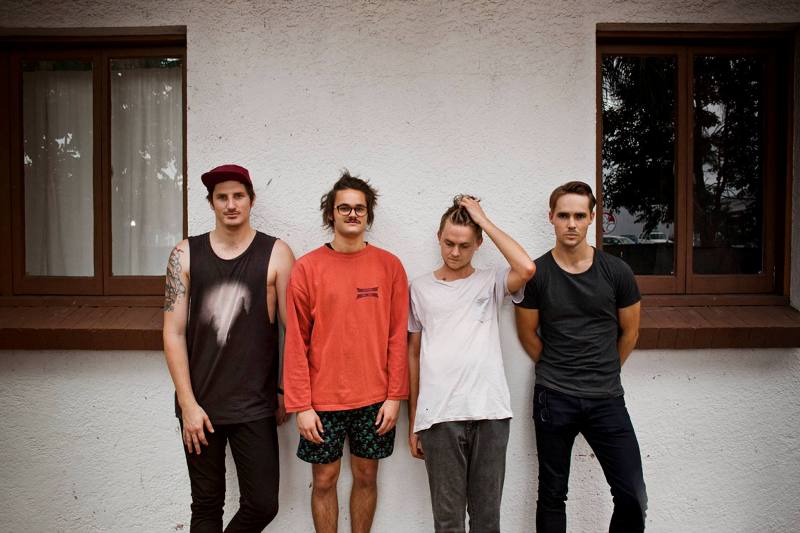 When this four-piece surf rock band started their set, I had a look around to find that there were less than a dozen people watching them. Of course, low attendance is something thatÂ all bands experience, especially local up-and-coming ones. However, the audience numbers didn’t seem to phase the band who still put a lot of energy into their playing. Perhaps it was the three girls dancing and cheering them on who gave them their encouragement?

It was also this band that experienced the first of the night’s many instrument problems. Halfway through one of their songs, lead guitarist Lee Neagle found that one of his strings had gone horribly out of tune and began the frantic process of retuning his instrument while the rest of the band continued the song without him. When the band got to their songÂ (Under the) Rainbow, the singer found that his guitar was no longer working and thus gave up playing. Despite the technical difficulties and the low turnout, Doom Mountain put on good performance which was well received by the audience.

Next up was the dreamy pop-rock band Salvadarlings. 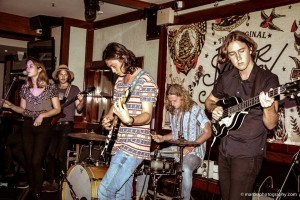 With six members, they were a littleÂ more squished on stage than Doom Mountain, but the extra musicians meant that they could produce a much fuller, more intricate sound. They had the standard 4-piece rock line-up as well asÂ a synthesizer and a vocalist who only played tambourine while she sang.

Despite the fact that it was very difficult to hear the guitars (other than during solos), Salvadarlings were able to create much more interesting sounds than the other bands playing, simply because of the use their synthesizer player. They were also able to deliver a much more stripped-down sound, with one song beginning with just guitar and vocals and thus showing offÂ their singer’s abilities. During their set, audience numbers swelled and by the time they finished playing, the venue was well-filled.

Unlike many shows I’ve been to, the gaps between the bands was small, soÂ it wasn’t long after Salvadarlings finished their set that headline act Moses Gunn Collective took to the stage, 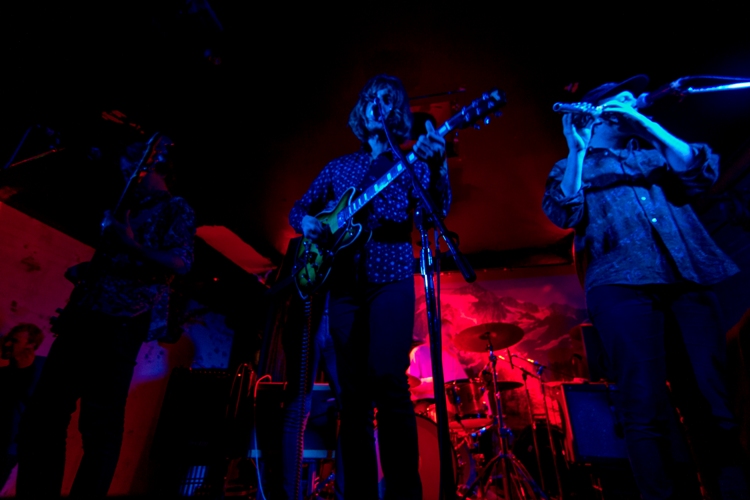 Their show at Black Bear Lodge was actually the last in their mini-tour in support of their new singleÂ Shalala. Over the past week and a half they had played two shows in Sydney and one in Wollongong and were ready for a home-town performance.

When they began their set, I noticed that their music seemed a lot more mellow than that of the two previous acts (in contrast to most gigs I’ve seen where the headline act is the most intense). Most puntersÂ were clearly enjoying themselves by dancing to the music. When the band started their second song, they were joined by two guests on stage, one with a tambourine and the other with a flute. While it seemed strange at first, the sound of the flute complimented the rock sound very nicely. 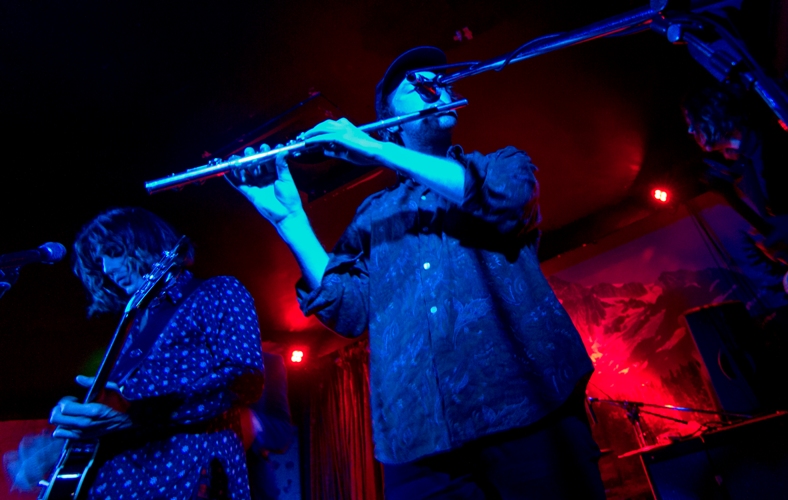 When the next song beganÂ the band’s instrument-breaking followed. Now, when somebody mentions breaking instruments, images of bands like The Who and Nirvana smashing their equipment are what usually come to mind. Not for this band. Like Doom Mountain before them, guitarist Lewis Stephenson found that his instrument had stopped working so he stopped playing while the rest of the band continued the song. After they finished, singer/guitarist Samuel Sargent asked if anybody could lend them a guitar, then declared “This is why we need more money, so we can buy more shit.” Moments later, Lewis re-appeared on stage with a guitar that heÂ managed to borrow from Salvadarlings. 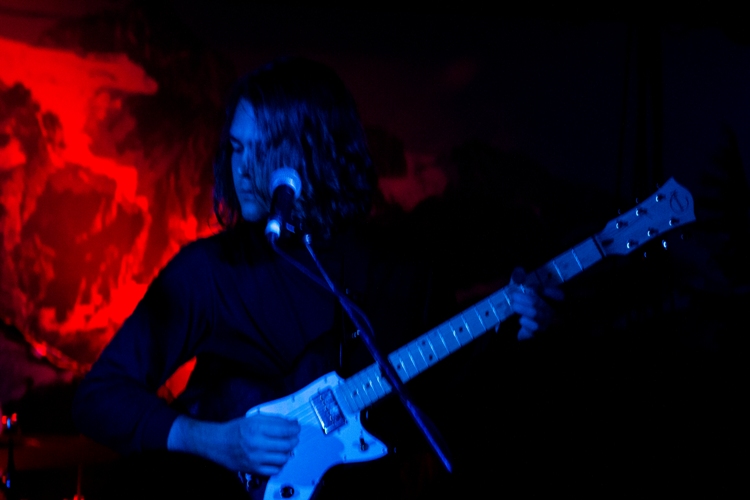 As their set progressed, the tempo and intensity of their songs increased which in turn got more members of the audience dancing and getting into the music. While Salvadarlings were able to create interesting sounds with their synth player, Moses Gunn Collective used a wide variety of guitar effects to achieve a similar atmospheric sound. After nearly an hour of playing, they came to their last song in which, following the night’s recurring theme, Samuel’s guitar stopped working. At that point he simply stopped playing and focussed on his singing. They finished their set and as the audience’s wild cheering died down, Samuel announced “Hopefully next time we’ll have more money and better equipment.” 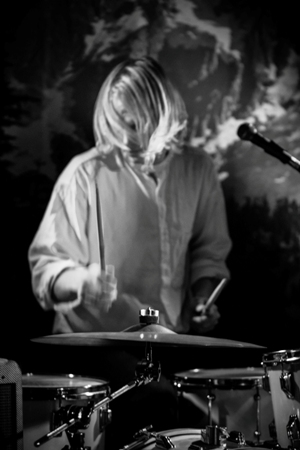 In subtle ways, Moses Gunn Collective’s show wasn’t like a regular rock concert. Most band I’ve seen start off with a few intense songs, mellow out in the middle to give themselves and the audience a break and then finish the night with high energy. Instead of this, Moses Gunn Collective gradually built up the excitement as their set progressed which was a refreshing change from what I’m used to. They also clearly appreciated their home-town audience, especially after playing three shows south of the border. Their choice of opening acts was also well-thought out. Doom Mountain and Salvadarlings obviously fit well into the same scene but their styles were different enough the keep the night interesting. Despite the technical difficulties, Moses Gunn Collective put on a great show and I definitely think this these guys have a promising career ahead of them. 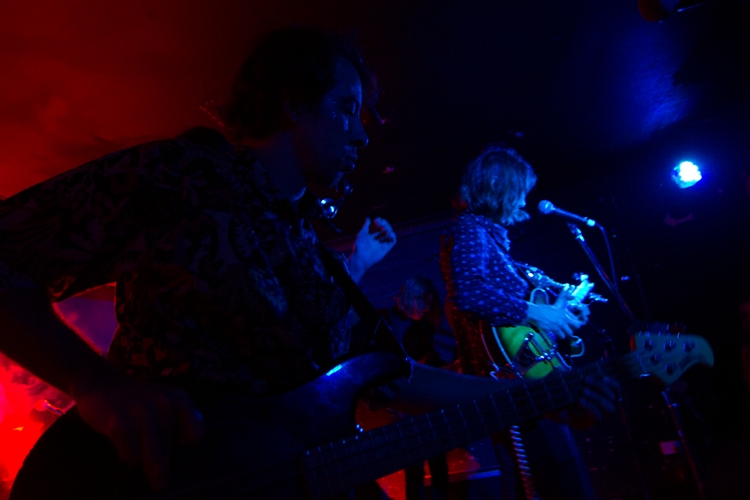 Australians at the Toronto Film Festival