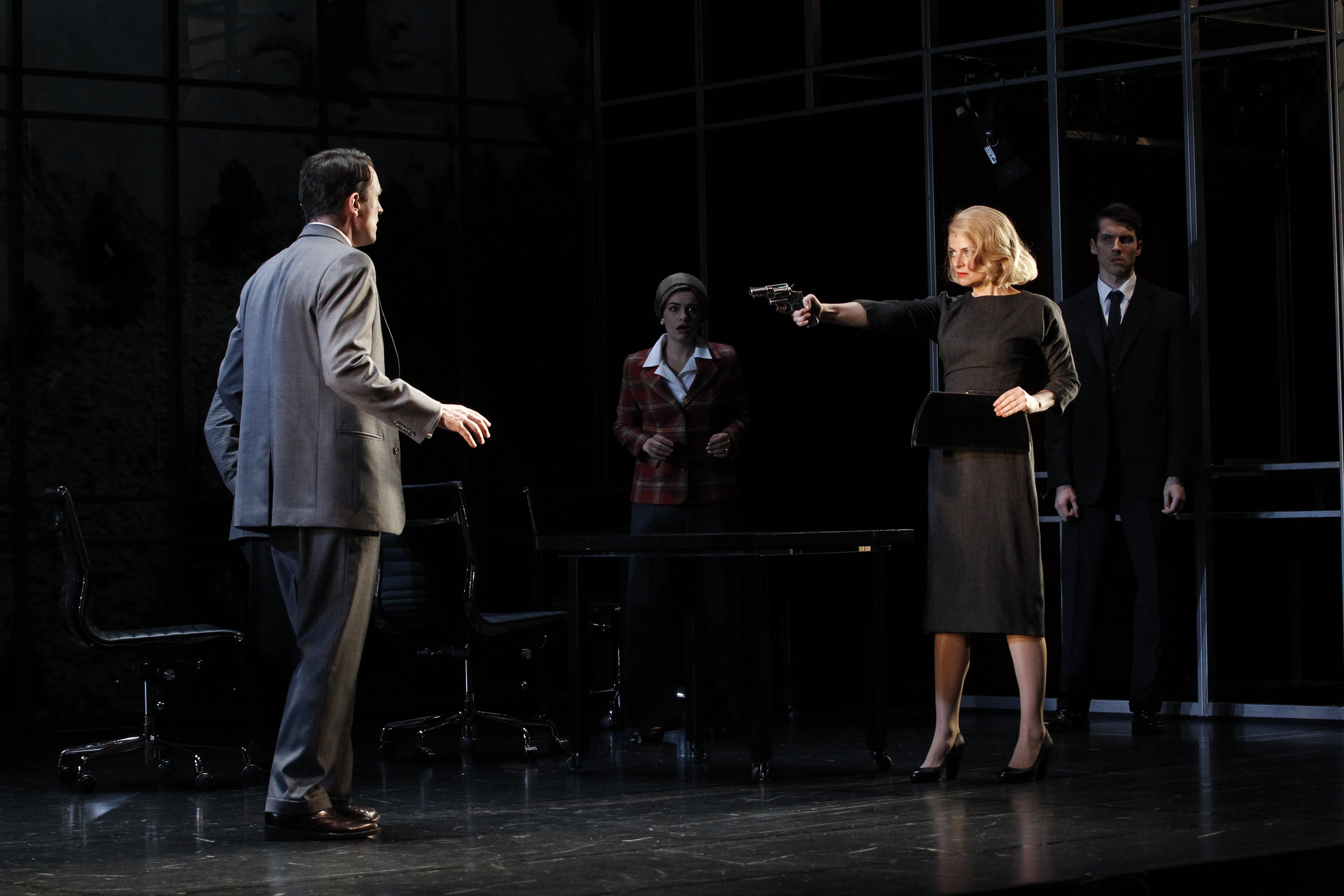 Have you ever seen a preview for a sequel or live action production of a film and thought to yourself for a brief secondâ€¦â€™but how?â€™ A stage adaptation of Alfred Hitchcockâ€™s 1959 film North by Northwest could most certainly raise that question.

Skillfully morphing traditional theatre techniques with use of multi-media, the adaptation makes fabulous use of space and light. These visual elements come together to produce something unmistakenly meant for the stage. 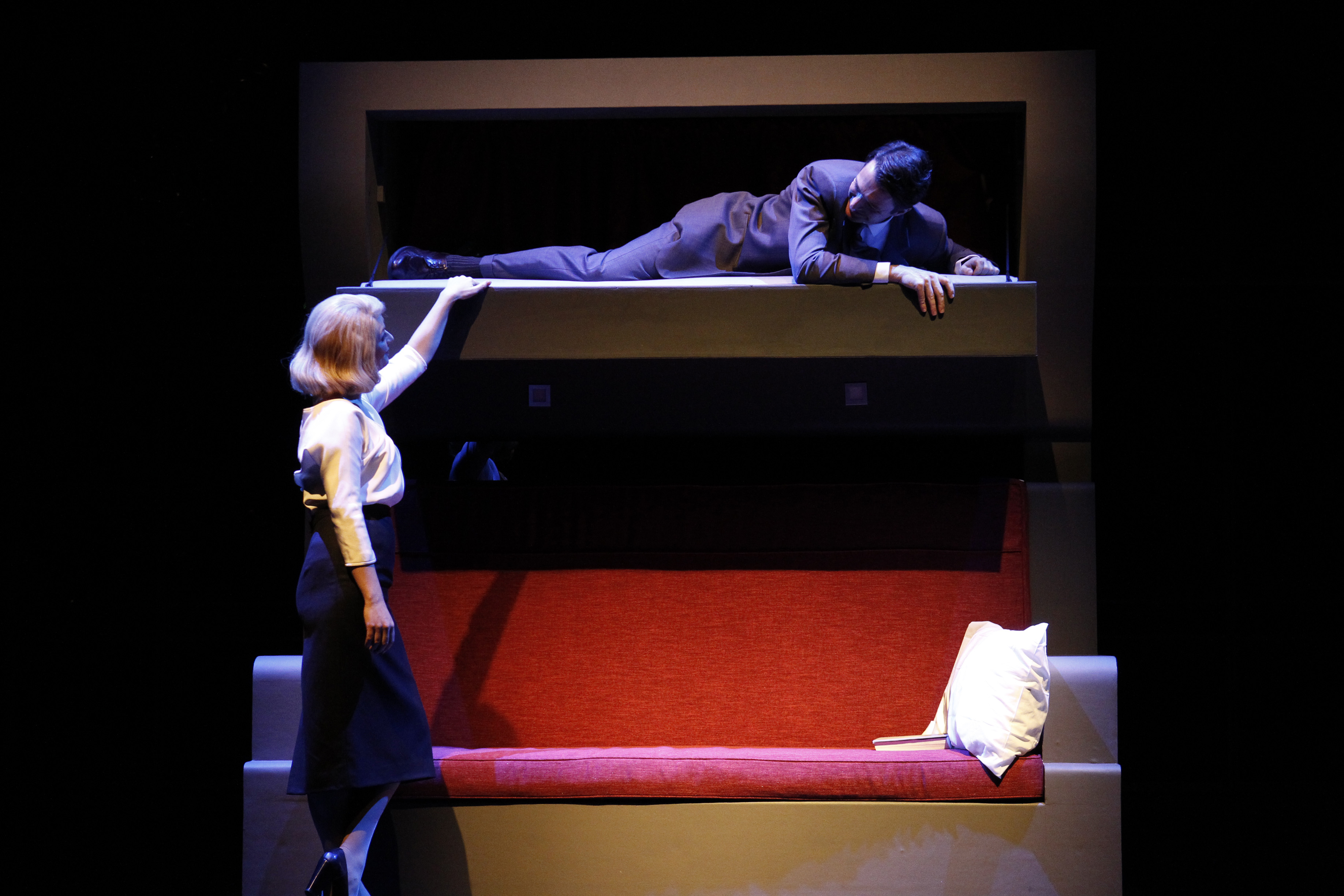 Matt Day plays a convincing and lovable advertising creative Roger O Thornhill and his opposite Amber McMahon is a stunning and intriguing Eve Kendall. The tireless performances of the small cast of twelve convincingly portray a cast of what could be hundreds â€“ many cast members play up to fourteen roles each.

Though careful allusions to the film are placed throughout the production, audience members unfamiliar with Hitchcock’s classic won’t miss out. The story world of North by Northwest is captivating, thrilling, and remarkable in its new medium of live performance in its own right.

However, with rights to the 1959 film score and playful flirts with Hitchâ€™s filmmaking quirks, the MTC creation is one of which the master of suspense would have surely approved.

Film buffs, theatre enthusiasts and thrill-seekers alike are set to be thoroughly entertained. As a brilliant blend of comedy and thrill, many scenes have the audience laughing out loud, slapping knees and looking to their date with a silent, â€˜well then, I guess thatâ€™s how.â€™

And wondering about how theyâ€™ll execute a chase scene across Mt Rushmore? Just you wait.

We Indulge in a Deadly Sin with Elise May