Straight from NYC, alt-cabaret chums Murray Hill and Bridget Everett get up close and personal with the Queensland Cabaret Festival audience in a show no one’s forgetting in a hurry.

We were off to the Brisbane Powerhouse’s intimate Visy Theatre to see a double bill – cabaret comedians Murray Hill and Bridget Everett. We’d been lucky enough to see Murray HIll MCing for world-class showgirl Dita Von Teese last year – keeping a throbbing Tivoli crowd happy as the lovely Dita changed frocks with his sexy, high-pizazz “Mr Showbiz” energy, and we were eager for more tonight in Act 1.

Though he’s raised issue with the term “drag king”, Hill’s persona, born of an art-school graduate thesis over 20 years ago, was created in the image of a mostly-cheesy, little-bit-sleazy vaudeville MC in a three-piece suit, and turns gender on its head, slaps it on the ass and buys it a cocktail. “I know what you’re thinking…is it a man or a woman up there? The answer is no.”

He bemoans the “basement in Brisbane” that he’s playing but gives a high-energy hour despite being a little visibly tour-wrecked and jetlagged. He works the front tables, ogling and teasing, slyly drawing laughs with practiced ease – most of the comedy tonight comes direct from the audience as he harnesses the almost too-low-hanging fruit in the form of white people dancing as he pits unwitting audience member’s moves against each other for very modest prizes.

After a short intermission, Bridget Everett descended. Her sole props for the night were two water bottles and a clean towel, which struck us as…ominous. If you don’t like Amy Shumer’s hot-mess beer-swilling bad-girl, “VAGINA”, schtick, her contemporary Bridget Everett probably won’t be your Long Island Iced Tea. Swigging something long from a paper bag, she burst into song , belting out – “we’re going to fuck, fuck, fuck, fuck fuck this shit up” – and the audience went ballistic – her reputation had preceded her and they, unlike me, were very, very, ready for this, nip-slips, crotch-pops and all. 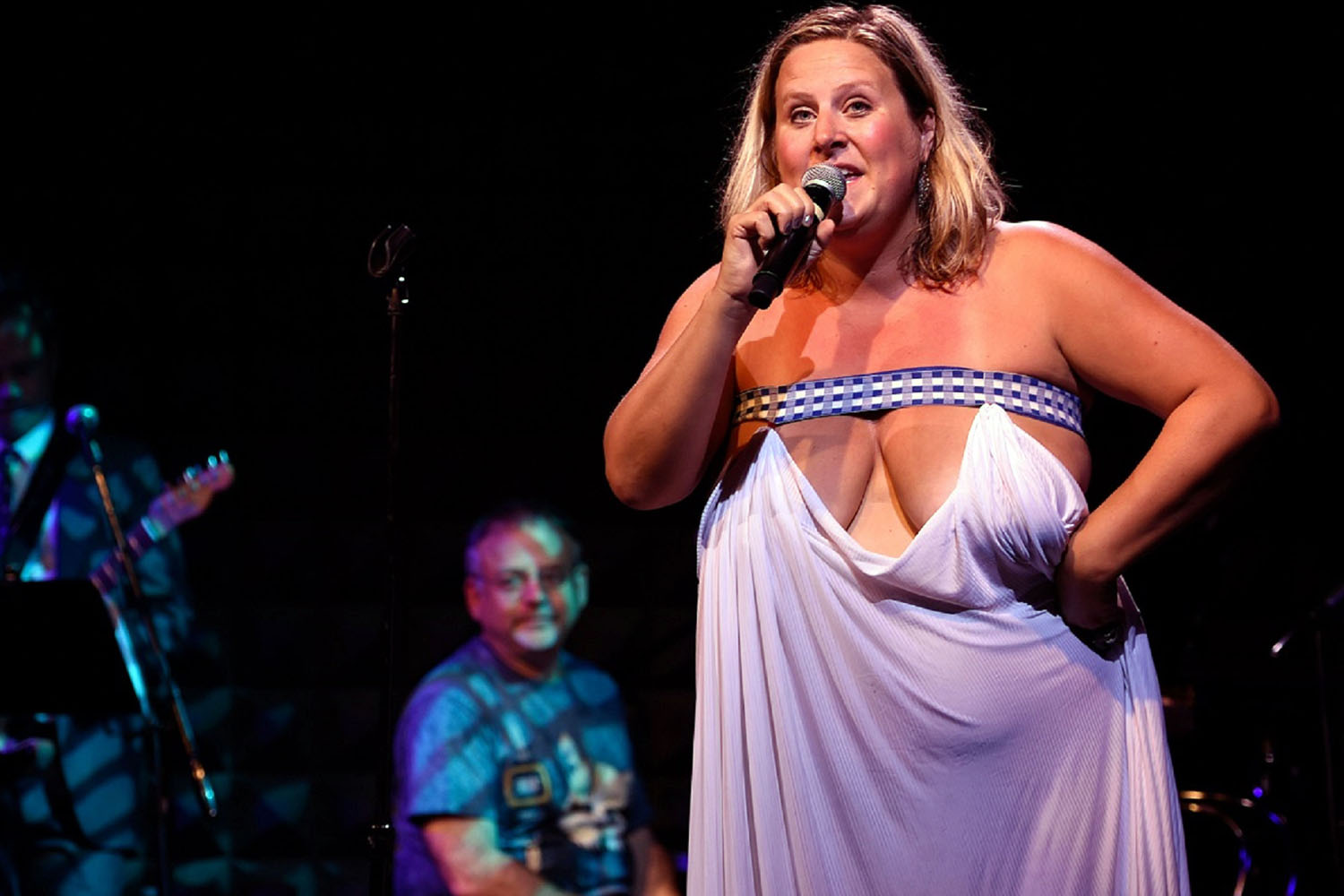 Though not a drag act, Everett’s show is a larger-than-life projection as much as Hill’s is, and I’m often struck by shades of voluptuous drag filth pioneer Divine within her show. I originally wrote a one-sentence review of her hour onstage, on the “notes” section on my phone – “Drunk mum at a breakfast buffet” – and I still stand by it. I’m not a fan of cabaret that implies that fat women’s bodies are worthy of laughter on their own, and I was even less of a fan of Everett’s trick of forcibly plunging front-row patrons’ faces into her expansive bosoms and crotch – sure, there was a 50% chance they were there for her but does a mere spot in the front row equal consent? Cabaret to me had always been about titillation rather than immersion, but Everett seems determined to prove me wrong.

Hill watches all of Everett’s show from some empty side seats, beaming and cackling, which was heartening – how many performers can watch the same show over and over and still outwardly adore it? As the two are evidently friends I would have loved to see them bounce off each other in a collaboration, but the audience probably wouldn’t have stood a chance faced with both of them.

Laughter On at Noises Off