Veteran soul-man Nick Cave cemented his role held since his explosion onto the Australian music scene in the 1970s as one of our finest rock and roll performers at his Gold Coast leg of his Push The Sky Away tour last Thursday, in a packed but intimate show.

The stage setup was simple yet set the tone perfectly, with draped, suspended sheets creating the illusion of outsized, dormant winged insects in guest attendance. Cave forewent a support act but assembled a supporting band purely from Bad Seeds members Warren Ellis, Martyn Casey, Barry Adamson and Thomas Wydler, who proved themselves to steal the show with their technical ease and flawlessness throughout the night. Anticipation was running high at the Gold Coast Convention and Exhibition Centre – and then they stepped out. 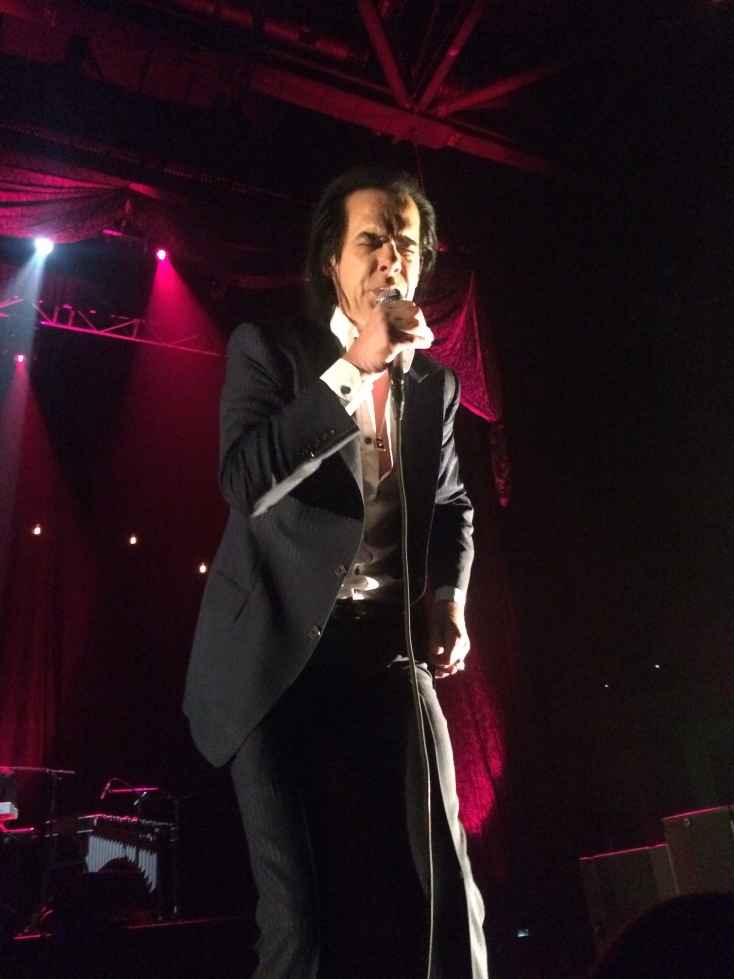 Lithe and lanky in his trademark pinstripes, Cave launched straight into We Real Cool, off the Seeds’ mellow, morose, 2013 albumÂ Push The Sky Away – and the audience decided as a collective that we wanted to b a bit closer for this, and we stumbled out of our ground-floor seats to form a makeshift mosh at the front of the stage. My cohort and I had decided to forgo the Brisbane show in the hope of a more intimate gig, but I hadn’t bargained for this.

Cave spared little time for banter but maintained a solid connection with the audience, regularly descending to extend a hand to the adoring throng, as he spends a good deal of time hunched over the piano for classics like Weeping Song and Love Letter.

This is closer to rock royalty than I probably should’ve been allowed. Do you know that feeling when you’re a kid, and the long-awaited moment arrives when you’re faced with the department store Santa, and, much to the dismay of your parents, you’re so overwhelmed in the heat of the moment you burst into tears? It was like that in the “mosh” for many of us once confronted with our own Saint Nick, who proved to still have all the allure of a Gothic Pied Piper.

It was refreshing to see very few audience members beside me reaching for their phones (when are you ever going to watch that grainy video?) – indeed, practically gazing up his nostrils as, at front and centre, I found myself, I felt I’d be disturbing the sanctity of the moment if I snapped a photo. Rock. 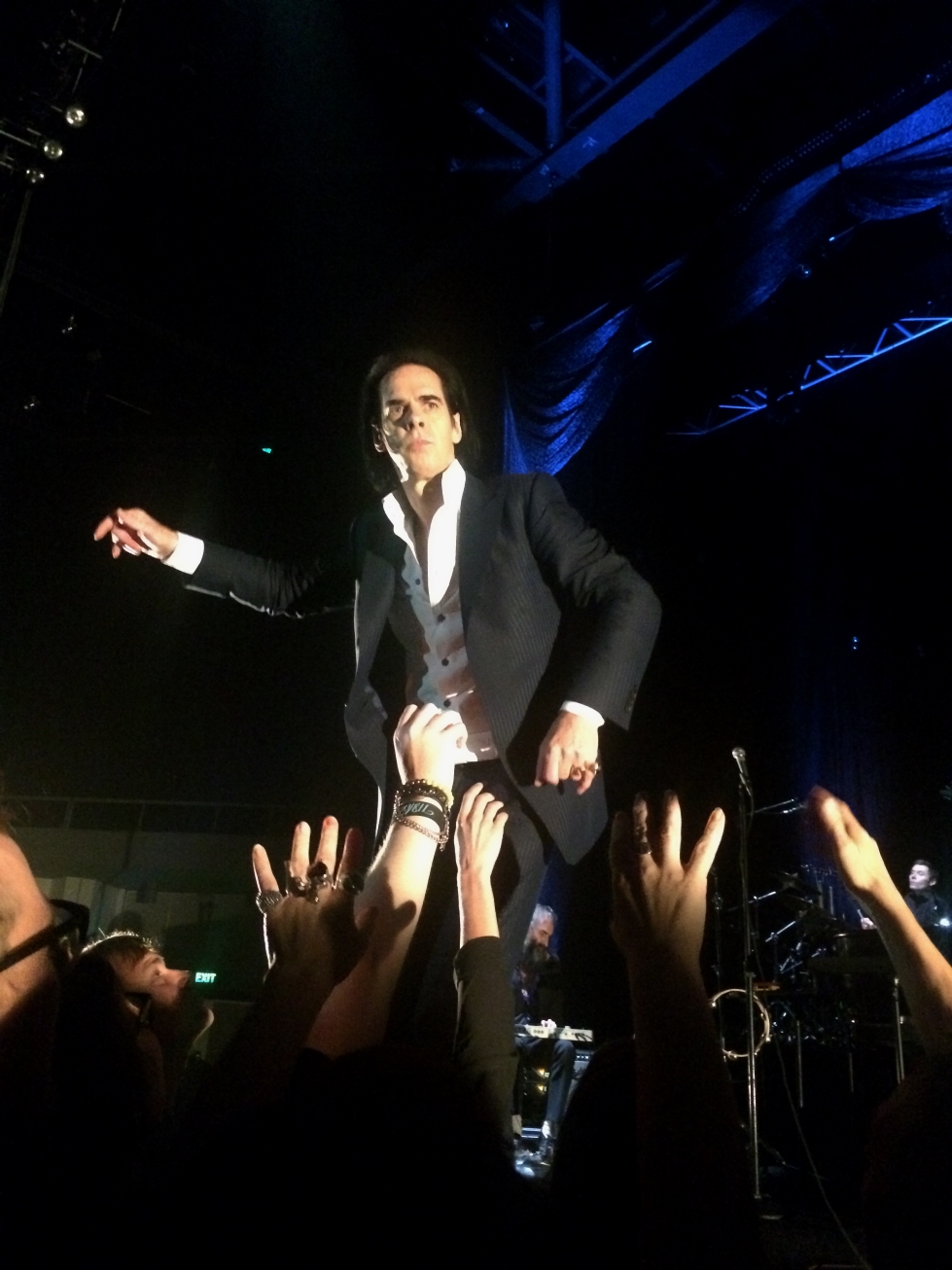 There was an encouraging mix of old and young present – one older voice at the side of the crowd was heard to say in concern – “Is it safe to have so many people close together at the front of the stage?”

Red Right Hand and Mercy Seat are received relatively early with foot-stamping glee and a satisfying ferocity by the crowd as Cave writhes and swoons through the set with the energy of a much younger man. He conducts us as a hushed and reverent chorus (“This is some Middle-Eastern shit”) during The Lyre of Orpheus and extends a hand, rings glistening, to us to brush like the benevolent punk rock saint that he is.

He closes the encore after the generous two-hour set with the minimalist, menacing title track from Push the Sky Away. Selfishly, like many old fans, I’m glad there hasn’t been too many songs from this one despite the tour’s title, as it’s more mellow than one would like to see when given two hours with Nick Cave. Regardless of what he does in the next few decades, judging from tonight it’s certain there’ll be old and new fans ready to receive him for just another two hours of his unique brand of underground madness.