QPAC’s Lyric Theatre was packed with well-dressed friends of the opera on Thursday to experience Tosca, the latest presentation by Opera Queensland.

As one of the highest art forms with a true standard of excellence, opera can often feel inaccessible to contemporary audiences. Yet, by choosing another perspective, it can be a welcome opportunity to explore timeless themes in a whole new medium.

With the opera performed in Italian, audiences are ushered along with English surtitles. At times, reading the lyrics on an electronic screen above the stage does remove you from the drama but it also forces you to pay attention to the storyline in a way that can sometimes get lost, even in modern musical theatre.

Plus, it all felt like a fresh take on such an old and esteemed theatrical experience.

The welcome note from the directors, Patrick Nolan and Sandra Willis states a quote from Mehmet Murat Ildan that if “you want to feel that you belong to something higher, to something even beyond this universe, then go to the opera”.

It’s true that opera has a way of revealing humanity at its core, but it’s also important for new attendees to take it in with a different lens than what you might be used to.

Tosca is often described as the greatest opera of them all and deals with overlapping ideas such as betrayal, feminism, political turmoil, the interweaving of church and state, and classic archetypes that are true to all great storytelling, especially in these more traditional art forms.

As you can see, most of these issues are still at the forefront of our lives even in 2019.

The opera is dramatic, almost over-dramatic, and it’s easy to feel like an outdated expression. Yet, you shouldn’t be watching in the same way as you would watch a politically-charged series on Netflix. It’s not meant to be a literal representation of these issues. 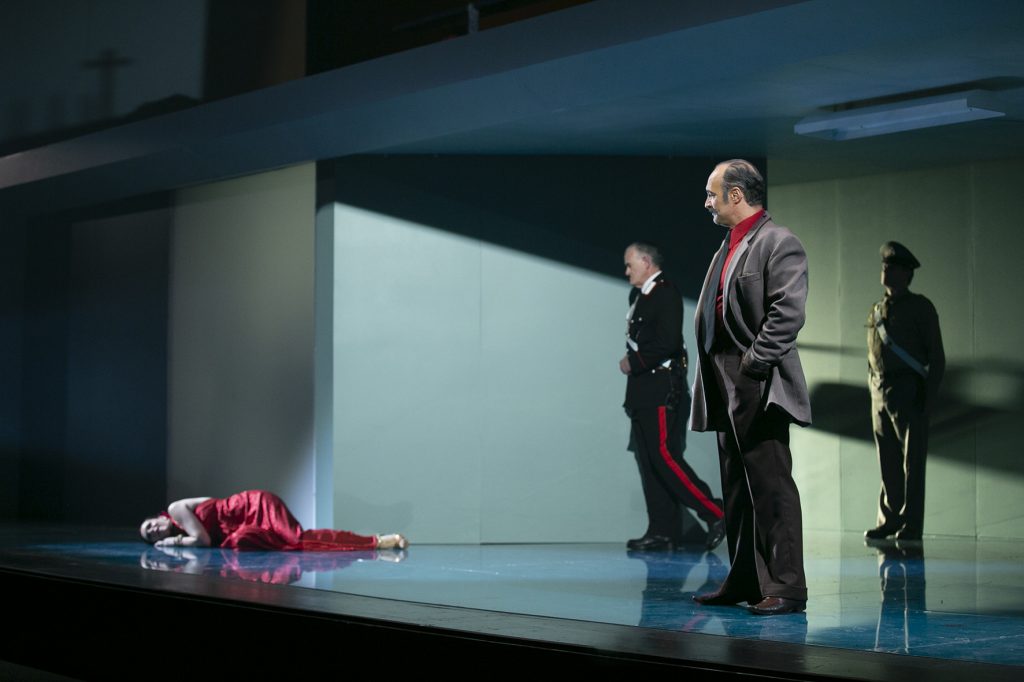 Tosca is archetypal in nature and lends to the idea that instead of realism and literal representations of people, the opera represents themes as a whole versus exploring an individual’s experience.

Modern viewers might find the opera more enjoyable by thinking about what kind of lives were lived by the original audiences of 1900 (when Tosca was first performed) and transport yourself into their point of view.

These people probably weren’t as individualistic with far fewer rights than we enjoy today. Yet the issues they faced seem alarmingly parallel to ours. Instead of wanting a deep dive into each individual character like what we’re accustomed to in entertainment today, think about the overarching ideas that the opera reveals.

Originally set in 1800, Nolan decided to place this version of Tosca in the 1970s where Italy found itself at the center of similar issues that are central to the opera.

The opera revolves around three central characters: Cavaradossi (Angus Wood) a painter in the church and Tosca’s lover, Scarpia (Jose Carbo), Chief of Police who represents the tyranny unfolding in 1970s Rome, and Tosca (Rachelle Durkin), the famous singer who finds herself in the middle of a volatile situation. 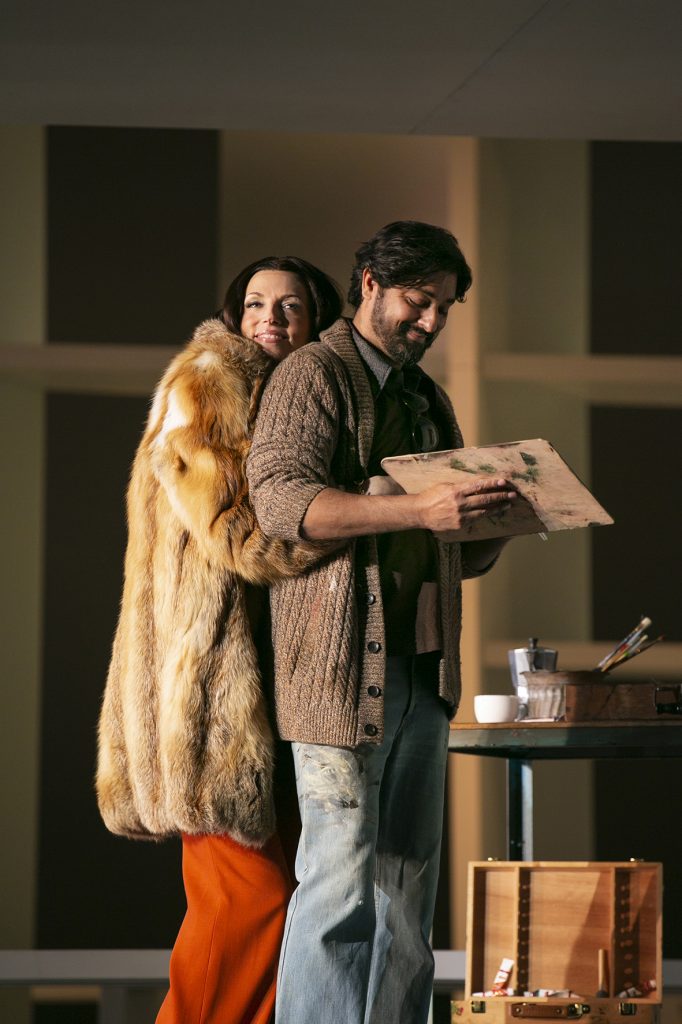 Cavaradossi risks his life to harbour the fugitive Angelotti (Sam Hartley) in his villa, protecting him from Scarpia and the Italian police. As Scarpia pursues Angelotti, he suspects Cavaradossi of crimes to protect the escaped prisoner and manipulates Tosca’s emotions in hopes that she’ll lead him to Cavaradossi, her lover.

Love, jealousy, and heroism paired with torture, murder, and manipulation are all present in Tosca, reminiscent of a fast-paced thriller as all the emotion and turmoil take place within an 18-hour period.

As for the performance itself, even those who know nothing about the technical aspects of opera can appreciate the unparalleled skills on display from these singers and musicians.

The Queensland Symphony Orchestra had moments of sheer brilliance that notably stirred the audience. The music of Puccini was tactfully executed in a way that undoubtedly enhanced what was happening on stage.

It’s undeniable that opera singers are in a league of their own. The award-winning cast had impressive facility and it was truly unbelievable to watch and listen as they shared their gifts in such close proximity. 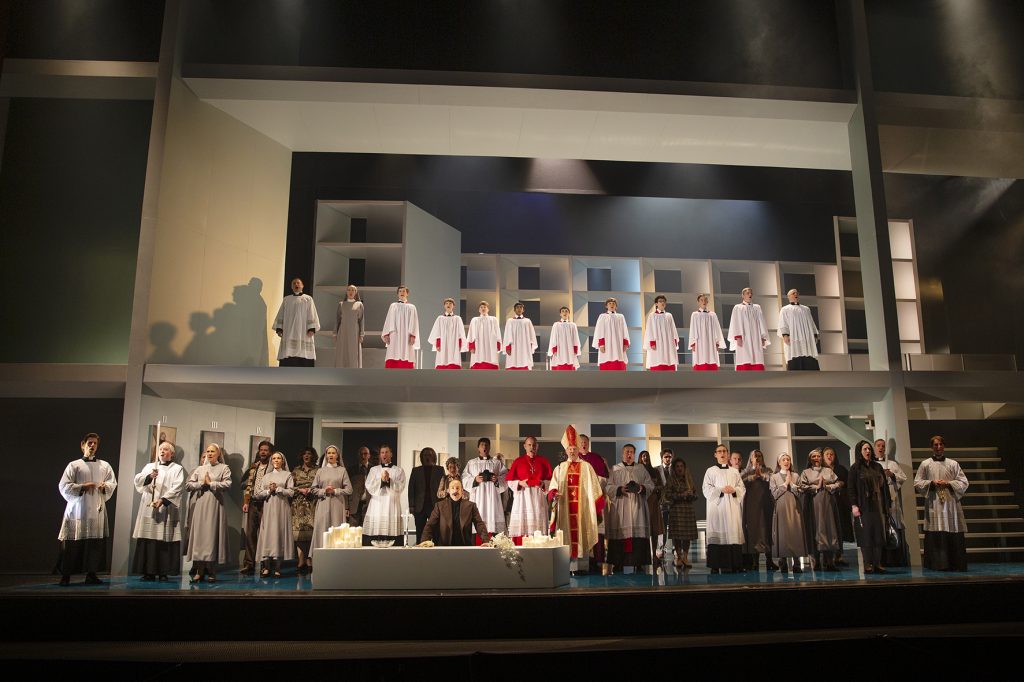 Dale Ferguson did not disappoint with his stunning sets and costumes that truly transformed Tosca to the 70s. The massive architectural creation on stage helped audiences understand the church grandeur while the prison-like cell structures were reminders of bureaucratic buildings and the chains of political power.

Overall, audiences are likely to get what they expect from an opera with Tosca. The characters were complicated and flawed, fulfilling classic archetypes of good and evil, complete with the interminglings in between.

Performances of Tosca run for approximately two hours and 30 minutes with one 20-minute interval. QPAC serves beautiful drinks and snacks, even ice cream, to enjoy while you breathe in the fresh, crisp air of our unbeatable Brisbane winter.

What: Tosca by Opera Queensland

When: Now through 22 June

Anything Else: Sung in Italian with English surtitles. Features adult themes.

TCI Presents (Another Look At): The Avalanches – Since I Left You