Sitting amongst mothers with their children sporting Gryffindor robes and scarves, I prayed that I wasnâ€™t in for a childish, G-rated snore. Half an hour into the show, my cheeks were aching from unceasing laughter. I knew Potted Potter would be good, but it surpassed all expectations with its universal humour and wit. 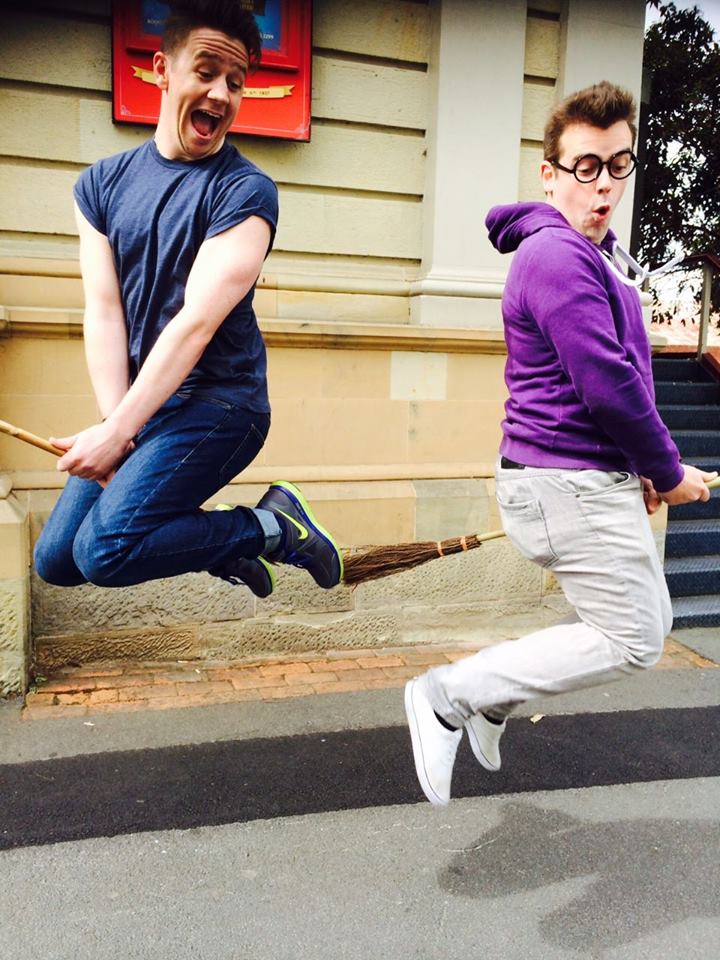 James and Ben bounced off each other with their constant playful banter, providing cheeky jabs and clever puns. James plays aÂ Harry Potter enthusiast who desperately wants Ben to read the series’ final book so they canÂ perform a series summary. Animated James, eager to be the centre of attention, plays Harry, while Ben plays all the other characters, thanks to a menagerie of hilarious accents, hats, wigs, and props. The boys pulled it off flawlessly. 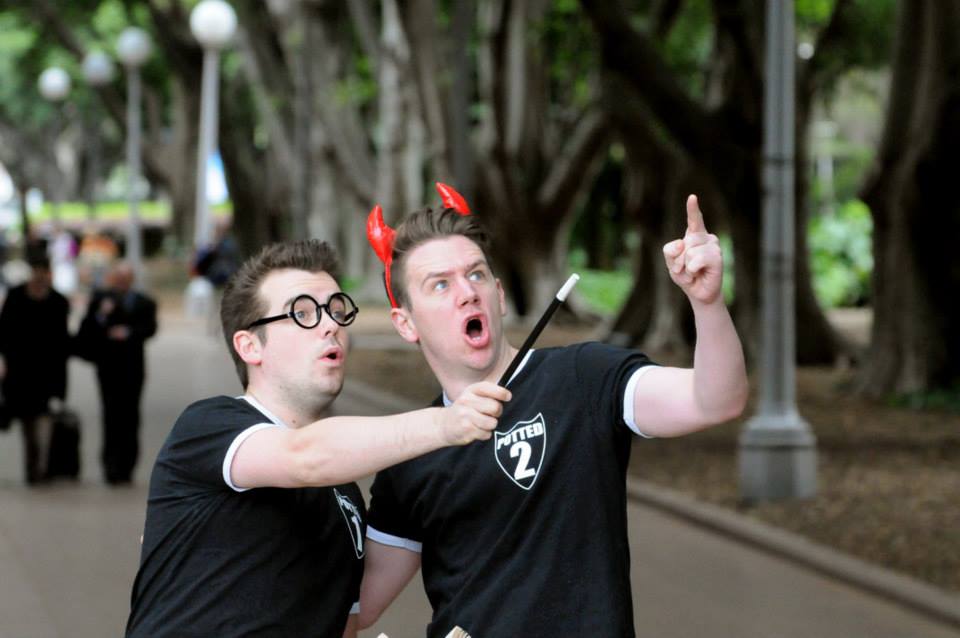 The crowd interaction deserves a major commendation. Separating the audience into two teams, Gryffindor and Slytherin, a game of Quidditch with a beach ball had everyone involved and excited. Two eager children from the crowd were brought onto the stage, and they tackled the â€œsnitchâ€ (James dressed in a gold outfit with offensively snug tights) to the floor. The losing team (Gryffindor, which was not my team, obviously) was sprayed with a water pistol, for laughingÂ Slytherin also received aÂ spray.

The audience was in hysterics from beginning to end as they recapped the sevenÂ Harry PotterÂ books. From digs atÂ TwilightÂ to Benâ€™s depiction of Voldemort as having homosexual tendencies with his sparkly fairy wand, Potted Potter had me seriously contemplating buying a ticket to see the show for a second time before the boys packed up their broomsticks and took the Hogwarts Express back to England.

More Information:Â This event is for ages 6+