Mahlerâ€™s RÃ¼ckert Lieder, five songs to poems of Friedrich RÃ¼ckert, were stunningly and delicately realised by Gasteen and the fine work of an almost all-strings orchestra. Much of the beauty of these songs is in their bleakness, so with the night growing old and the hall thick with German lamenting, the atmosphere felt right to do a spot of foretelling. 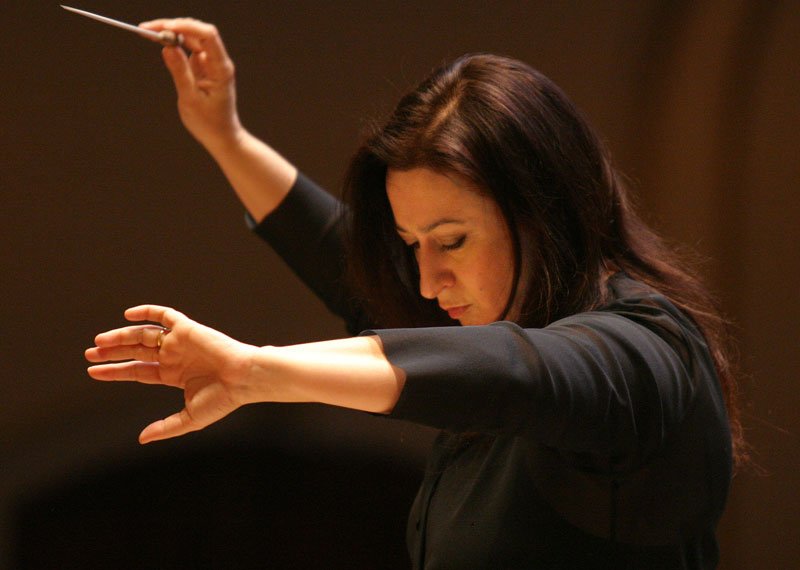 Mahlerâ€™s Symphony No.6 in A minor is a curious piece, largely due to the inclusion of a giant hammer (a rarity for the traditional orchestra), but also because of the air of superstition hanging over the work. Anecdotally, Mahler omitted the third hammer blow in an attempt to save himself from the three blows of fate. Hence, two strikes indicate a hopeful outlook; three spell doom.

Mahler rather unhelpfully didnâ€™t specify precisely what set-up should be used for this scrivening, only that the instrument should make a sickening thud â€œlike an axe-strokeâ€. Short of felling trees inside the Concert Hall, QSO opted for a sturdy half barrel that made a truly tremendous noise when struck. All three times.

Even without the theatrical delight, Mahlerâ€™s Sixth is a wonderful piece of music, ideal for those who like to see their orchestra in full swing. Every section is caught up in the relentless march of Mahlerâ€™s work; the fullness of the sound is heart-stopping, the darkness of the chord is thrilling. There is some relief to be found in the lyrical second subject, but ultimately the work comes to a â€œcatastrophicâ€ finale and a baleful conclusion.

Under the expert hand of Young, QSO are here at their finest, despite ominous omens from the hammer. And, if doom has indeed been foretold, perhaps itâ€™s only another reason to dive into QSOâ€™s Beautiful Escapes program. With plenty more Mahler in store there, from both Young and Alondra de la Parra, things really canâ€™t be all that bad.

For more information on QSOâ€™s Maestro program, head to their website here.

The Essentials: Five types of shoes every woman should own