In just nine minutes, Query presents a though-provoking exploration on the origins of sexual orientation while remaining a touching, charming and endearing story of two best friends trying to find out more about themselves and each other.

That’s a lot to juggle in such a short runtime, but director Sophie Kargman doesn’t waste a second in introducing the main topic of the film. Jay (Justice Smith) and Alex (Graham Patrick Martin) are just a couple of straight bros living in a house together, going about a snoozy day playing video games and relaxing in the pool. Except Alex is hung up on the idea of heterosexual normality, and whether it’s something instinctive from birth or a result of societal conditioning.

Alex’s lines in the opening scenes cut straight to this point. He brings up historical examples of homosexuality in society and how modern stigmatisation has had a profound impact on the sexual orientation taken by many. Even though it’s a really interesting topic, I found some of this writing to be a bit too on the nose as if Sophie Kargman was using these characters as a way to communicate her thesis on the subject.

Thankfully, these exchanges do have a natural flow to them thanks to the chemistry of the two leads. Smith’s nonchalant – almost monotone – delivery of Jay’s crass remarks provides a welcome foil to the hyper-energetic lectures of Martin’s Alex. And the two work brilliantly off each other, establishing their character’s friendship and giving more weight to Query’s closing scene. 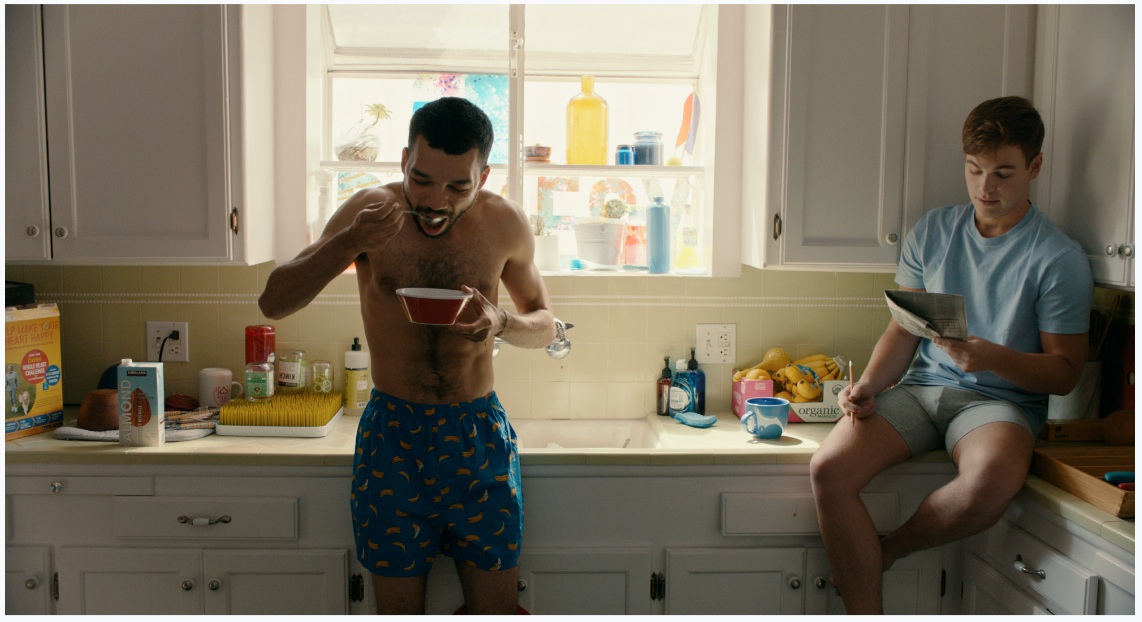 I really enjoyed how Sophie Kargman builds the drama of the short from a leisurely day between two friends to an emotionally charged decision that leaves the characters and the audience re-evaluating some of their core beliefs.

Early on, she uses match cuts and quick editing to create the impression of a standard day in the life of Alex and Jay flying by with no real consequences. But as Query progresses, the shots begin to linger, irrelevant conversations happen off camera, and the framing becomes way more serious as the character’s contemplate their relationships.

I also want to briefly mention the set design and costumes. From the opening shot of a messy kitchen with Alex and Jay still in their underwear to the final scene set under fairy lights with the two now well dressed, it’s a smart visual representation of the maturing mindsets held by the characters.

Even if I prefer writing in films to be more subtle than this, I can’t deny that Query had me thinking about its topic while also connecting with its characters. The filmmaking is immaculate in how it takes every opportunity to portray the ideas of the film in a condensed, visually-pleasant package – to the point that I didn’t even notice a lot of the nuances the first time through. 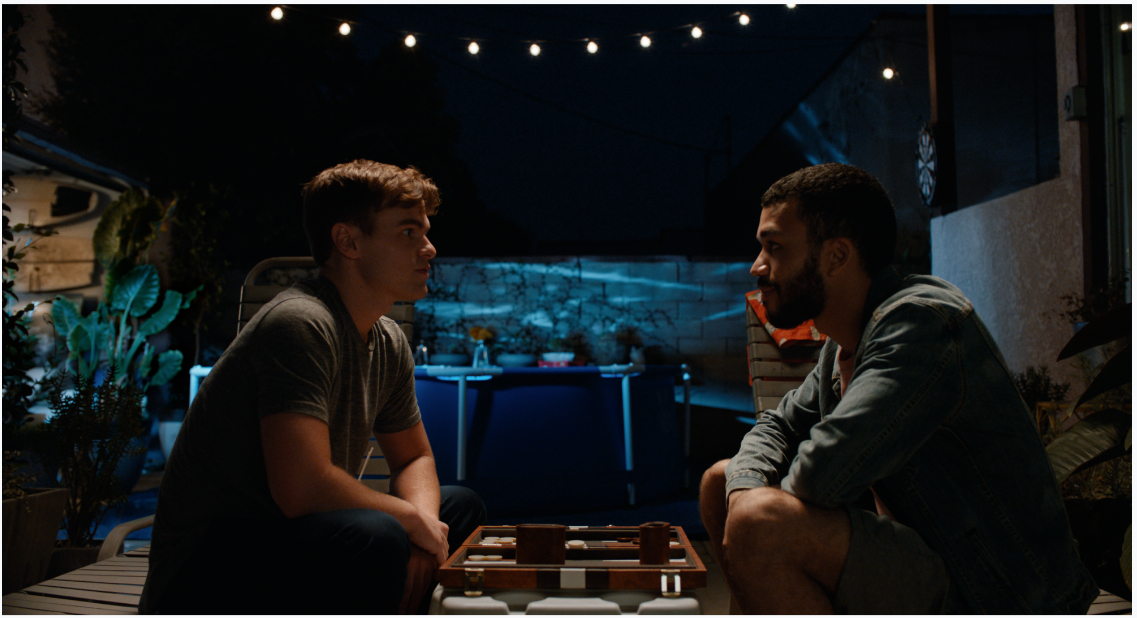 But it’s the relationship between Alex and Jay that makes Query a worthwhile watch. Their funny quips and comfortable demeanour make for an accessible window into discussing the topic of sexuality in society. And it’s a topic that still needs exploring, especially from the rather novel perspective of heterosexual males.

And that final line is a perfect representation of the all the questions that Query asks.

If you have ten minutes to spare – which, let’s face it, you absolutely do – give this short film a look and open yourself up to its endearing qualities and topical themes.