A fashionable mix of young creatives – as well as their parents, friends and entourages – snaked left and right from the Arena’s entrance.

This vague queue meandered from Vinnie’s (temporary stage for a couple of screaming preachers), past Capulet and a failed camping supply store (Best Hiking Tents), right up to the Step Inn.

They were all dressed up with one place to go: RAW Brisbane – Translations.

For the uninitiated, RAW is a rapidly expanding showcase franchised in some inscrutable way from Los Angeles. The nights incorporate visual arts, fashion, film, et cetera – a grab bag of the cultural suburbs.

The doors (and the corner preachers) opened up. 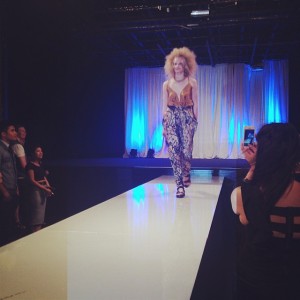 I gladly skipped the line as it crawled inside, slipping through a side entrance with the other very important punters.Â Art for sale filled the Arena’s pockets and corners – folksy jewelry, B/W erotica, and one of those kitschy photo booths (moustache on a stick, sir?).

RAW brings a lot of Brisbane’s cottage industries together, like a weekend market if everybody dressed well and nobody sold bird whistles.

Of course, as many of the artists explained to me, the real currency here is exposure – and RAW certainly attracts eyeballs.

More than 800 tickets in pre-sales alone means a lot of traffic for your passion, and it’s easy to see why artists get involved.Â The only catch? They’re required to sell a minimum of 20 tickets at $15 each, or pay the difference themselves.

I can’t decide if it’s an interesting new model or just a particularly blunt expression of how the entire emerging art world operates: pay to play.

Either way, the system works. The Arena was packed.

The MC (Bliss) had acts flicking across the main stage in a well organised procession, with the unfortunate result that they began to blur.Â In fact, the entire night seemed to run together: the short film, Â the accessible indie rock bands, even the vaguely controversial bondage prints! 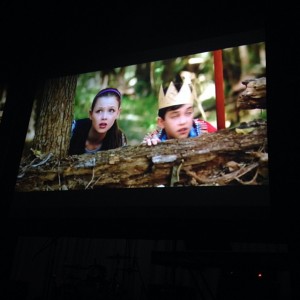 Sid Coombes is a local photographer making beautiful, highly choreographed work with a refreshing sense of play. His mythic, somewhat Jungian imagery allows the viewer to find their own meaning – there’s also a guy with a peg on his penis, which you don’t see every day.

Jewelers Metzy Designs and Eklectic Mix had delicate, handcrafted pieces on display, and the short film (Jacob Fights Giants) was truly impressive.Â Burlesque reared its head; the fashion exhibitions went over my head.

Whatever my (curmudgeonly) misgivings, nights like this are a clear success for the 800+ in attendance, and should prove a welcome boost to the artists involved.

With sister events in dozens of cities around the English-speaking world, RAW Artists is a force to be reckoned with on the cultural landscape.