“Why do I want these poor kids to feel actual pain and terror?” The Reality Event: GAME’s opening night was raucous, wild and a downright assault to the senses – and we had a great time. Find out why:

If you’re a regular theatre-goer, you’ll be familiar with show blurbs sometimes promising wonders that never eventuate. GAME by the Suicide Ensemble, the second installation in The Reality Event, ominously forecasts a wild night of “Real joy. Real fear. Real sweat. Real tears” – and I was to discover that GAME delivers exactly that.

As it’s a part of the Anywhere Theatre Festival, GAME is staged in everyone’s favourite pint-sized CBD laneway cafe/bar, Bean. It’s opening night on a Tuesday and it’s sold out – largely thanks to the notoriety of The Reality Event’s first offering, The Suicide Show. 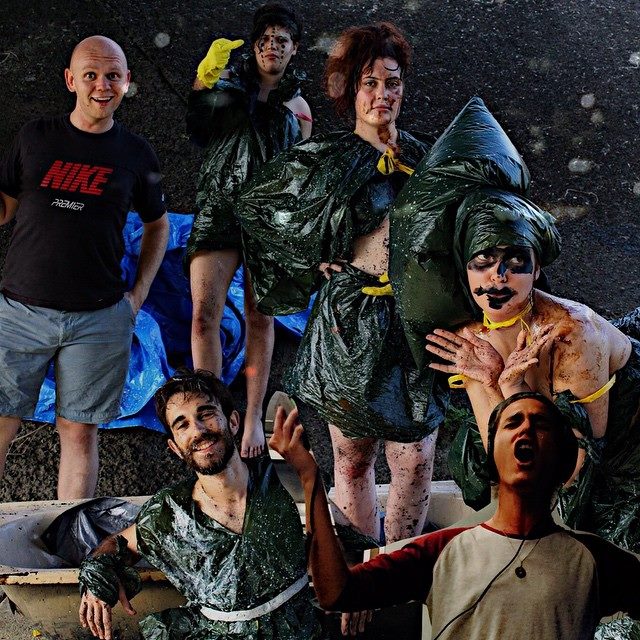 Some of The Suicide Ensemble

The ensemble, a pack of energetic young Brisbane actors, welcome us with some wild dance moves out in the laneway, which I only caught glimpses of, being at the back of a group of forty-odd. I could, however, see, the startled reactions of passers-by at this secret laneway business and immediately felt like I was a part of something sordid and special.

I was, however, sleepy after a long day and in grave need of a million wines, and so was a little dismayed that when it came time to go inside, my date and I would be split up, primary-school style. We’d been placed in random teams to back an ensemble member in the games of the evening – my team was lead by the vivacious Samson and we pledged to fight to the death for our leader. 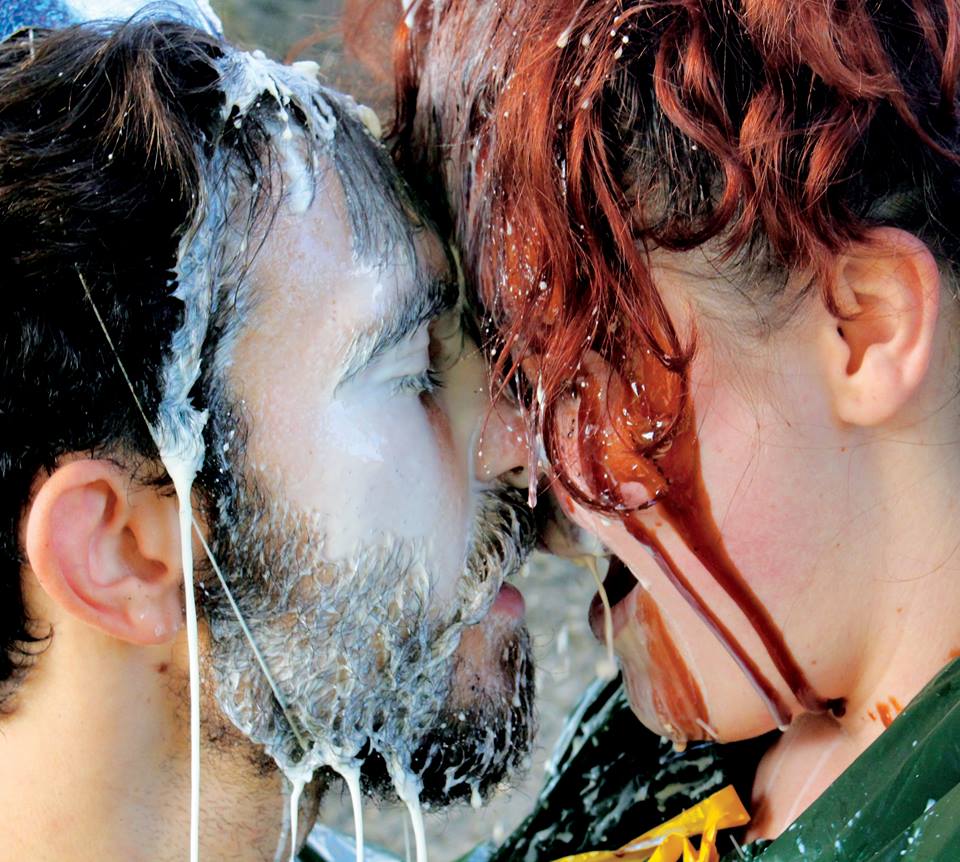 The games come thick and fast – compered by the ensemble’s leader, the warm and charismatic Daniel Gough, wearing a nice suit while everyone else dons garbage bags. He’s loving this. There’s no room for lofty theatre egos here – the squad don strap-on cocks with the stoic ferocity of Olympic athletes, ingest foul concoctions on the whims of audience members and readily strip down to their knickers for the losers’ “punishment”. Adversaries wrestle, sweat flows freely. I see a grown man’s bum. 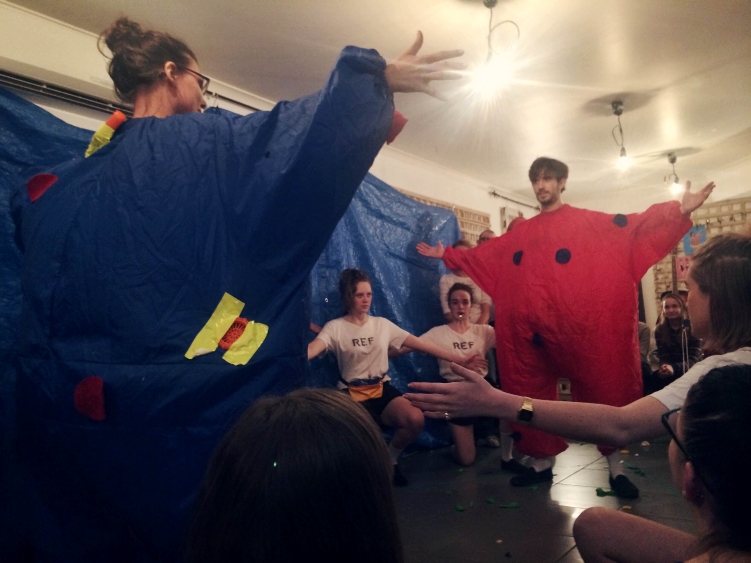 Performers Pavle Banovic and Remi Rohers in a final showdown

There are no characters in GAME, and there’s no narrative – ensemble members address the audience freely, and play themselves – and as performers confirmed to me after the show, many of the show’s events weren’tÂ  rehearsed. At times I felt somewhat alienated as the performers tease each other and yell amongst themselves, and I’m left wondering if they’re having more fun than I am.

At the same time, who can deny the voyeuristic pleasure of seeing real fear and disgust on the faces of the performers and fellow audience members. Some of the loser’s “punishments” were less severe than others – are we really meant to believe that a drama student would find lip-synching to Ke$ha remotely distasteful? Hang on – why do I want these poor kids to actually feel pain and terror? What has GAME done to me?

GAME does everything to foster the Anywhere Festival’s vision of innovative, engaging performance that works well within its space – Bean is a charming Brisbane staple and its’ $8 espresso martinis went down a treat. You’re thrust into the action with no place to run and I found myself taking risks, chatting freely with the strangers I’d been placed with and placing myself as close as I could to the games, even if it meant chancing an encounter with real live vomit.

At the end of the evening, I cared little whether I’d been witnessing actual theatre or just an energetic night of games between a charismatic group of kids. I’d laughed, I’d dry-retched, I’d had fun. GAME is a show you want to say you were a part of, and the Suicide Ensemble definitely a group to watch with both eyes open.

What: The Suicide Ensemble and Nathan Booth present The Reality Event: GAME as part of Anywhere Theatre Festival

When: GAME closes Sunday 17 May – THE SUICIDE SHOW closes Saturday 23 May

Images courtesy of the Suicide Ensemble

Why you must eat at Jam Pantry