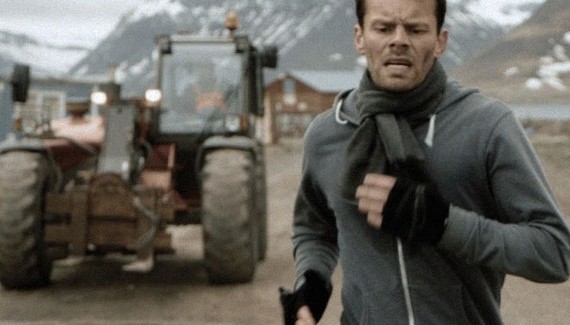 As far as boring lives go, Hugi in The Paris of the North, is living one of the most painful. To compare this place to Paris is having a lend of your good humour. Hugi, the central character played by Bjorn Thors, is a teacher in aÂ small town in Iceland. Â The film opens just as school is about to break for the summer, meaning still 3 layers of clothes are required at any given time. 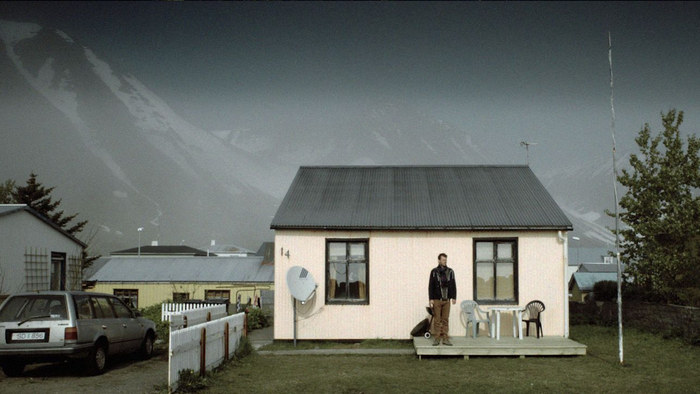 Size is everything in this film directed by Hafsteinn Gunnar SigurÃ°sson. Living in a town, population 150, there are six students in Hugi’sÂ class, three people at hisÂ AA meeting – the counsellor and Hugi’s ex-girlfriend’s (played by Nanna KristÃ­n MagnÃºsdÃ³ttir) ex -, and there are probably an additional 10 extras throughout the entire film four of which include the band,Â Prins PÃ³lÃ³ who provide the Hugi’s running soundtrack and who make a cameo appearance. Â The only other two main characters are Arthur’s grandpa, also the AAÂ counsellor, and Arthur’s father, played by Helgi BjÃ¶rnsson. The stifling village is dominated by a massive mountain, almost the sole notableÂ naturalÂ aesthetic in the surrounding landscape. Only a massive rock could survive in this hostile environment anyway. Even the prefabricated houses appear to temporarily rest on the land.

What makes the film interesting is how an intolerable situation, being surrounded by intolerable people compromises your morality.Â The characters are all very realistic, especially the Hugi’s revolting father. Stereotypically, Hugo’s father, Veigar, ran a bar in Thailand and likes the Thai girls at the petrol station. He brings aboutÂ his own comeuppance, resorting to using a rubber band on his penis to keep up with Hugi’s ex-girlfriend, who is obviously used to having to take sex from which ever dim log it creeps out from. 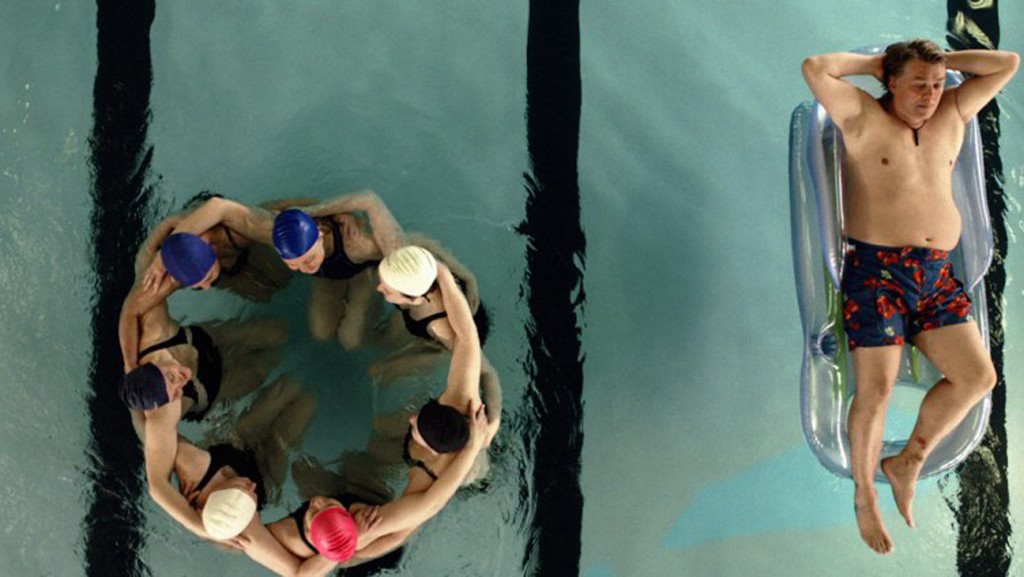 Although Hugi is the central character, it becomes painfully obvious that this is also aÂ story about the young and impressionable Arthur who is thrown about between the adults as they resort to various escapismsÂ to cope with the limited personal space. While all the adults are attempting to excape in some way or another, Arthur is left the more alone. â€œDon’t forget to practiceâ€ Hugi advises him before leaving the town at the end of the film. It is little wonder Arthur wants to be an explorer like Columbus, but most likely will turn to the drugs he sees hisÂ father depending on. For his school holidays, Arthur’s choice of friend is his teacher, Hugi. â€œHere I am with all my loved onesâ€ says Veigar in one scene, theÂ camera contradicting this statement by centring Arthur in the shot, and between the two people who should care most about him, his mother and Hugi. Â Veigar has barely had time to get to love anything in the short space of time he’s been in the town, especially with the distraction of Erna.

This movie is realism at it’s best. The camera worksÂ as hard as the narrative to tell the story of our compromised morality when we struggle with the reality of our situation. Given the smallness, even the most ordinary things are ironically comical, such as Hugi constantly running into his ex, or the ridiculousnessÂ of a child trying to have a childhood without any peers. Â It may make you double think your idealistic idea that you wanted to go and visit Iceland. This film certainly does not makeÂ the Icelandic small townÂ way of life seem anything like Parisian.