Southern Cross Soloists presented an afternoon of heavenly chamber music bursting with light and colour in Heavenly Life at QPAC on Sunday.

Heavenly Life celebrated the transcendent power of chamber music, in a program that explored both the heights and the everyday struggles of life.

Led by artistic director Tanis Frazer on oboe, the ensemble includes Alan Smith on violin, Jonathan Henderson on flute and Nick Mooney on French Horn. Due to border closures, clarinettist Ashley Smith and violist James Wannan couldn’t make it to Brisbane, so Dario Scalabrini and Nicole Greentree stepped in. They were also joined by guest cellist Katherine Philp.

The concert opened with Handel’s colourful aria, Da tempeste il legno infranto from his opera Julius Caesar. Alexandra sang with sorrow and then joy, portraying the character of Cleopatra.

Next, Konstantin took centre stage for Mozart’s Piano concerto no. 24. This work was arranged for SXS by Brisbane composer John Rotar. Across the three movements, Konstantin and the ensemble displayed virtuosity. 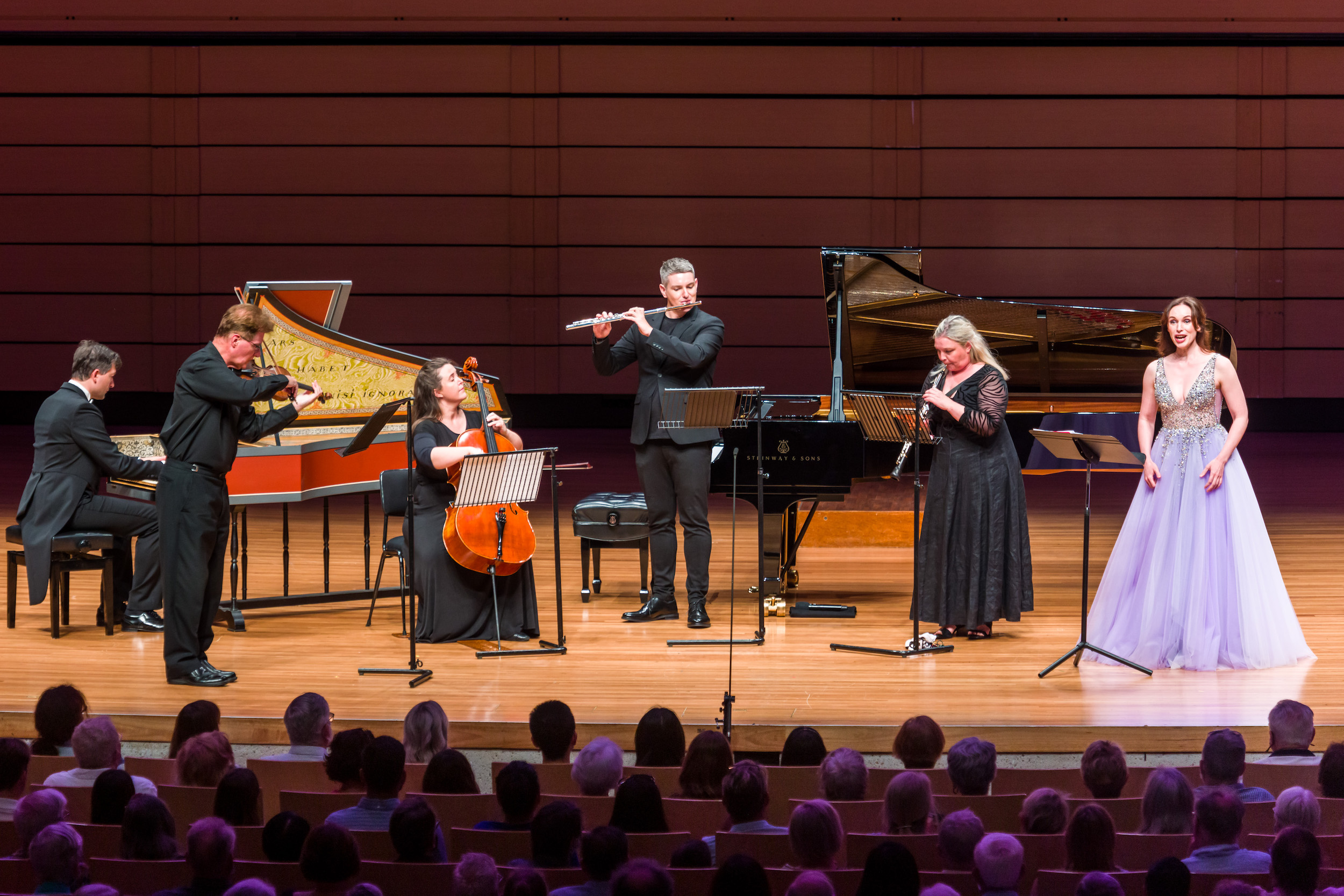 Rachmaninov’s Vocalise Op. 34 was a moment of calm reflection, the sparse, expansive music depicting a pastoral landscape. Through this wordless piece, SXS communicated an expressive narrative.

To close, SXS performed Bellini’s Ah, non credea mirati (the sleepwalking scene) with Alexandra. She evoked the story of innocence, mistakes, and heartbreak. Her voice soared as she reached the joyous ending. 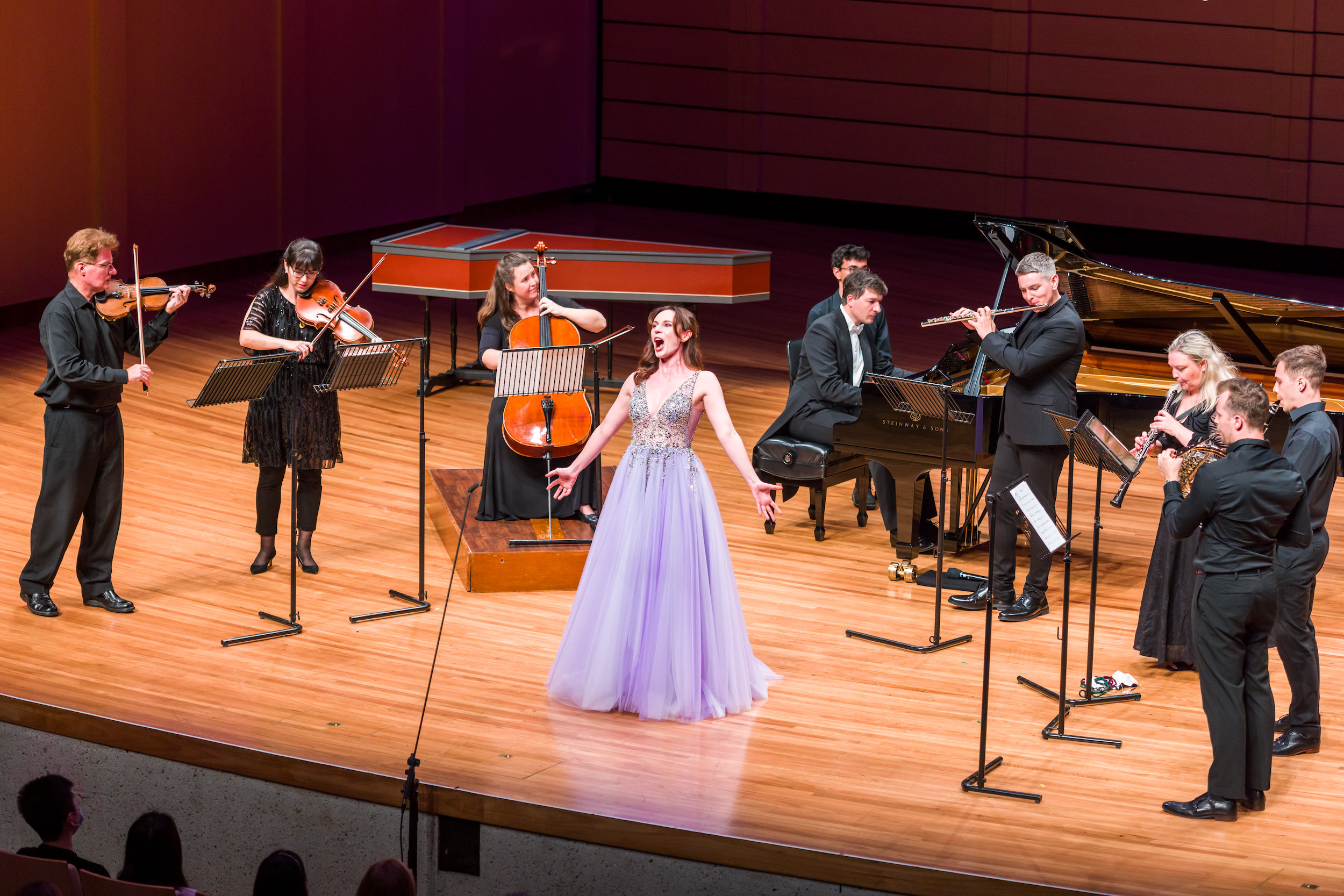 After many bows and much applause, Alexandra and Konstantin came back on stage for an encore. She stood next to the piano for an intimate duet.

QSO Sharing the Joy of Music with Frontline Workers