Spear is a revolutionary piece that redefined how to use the form of film through dance, movement and visuals as storytelling devices. Spear follows Djali (Hunter Page-Lochard), a young indigenous man, who observes the various struggles in his community. The primal dance choreography comments on the nature of human evolution.

Each dancer presents an issue – be it addiction, violence or racism. Use of humour sequences breaks up the dramatic beats that come when exploring these political and social issues against a backdrop of ceremonial customs. However the subtext may leave a viewer feeling uneasy upon further reflection.

Described by some as a “hybrid film”, Spear purposefully had very little dialogue – relying instead on its powerful imagery. The result was a well thought out-film which was thought-provoking as symbolism communicated life experience of a young man in a changing society.

â€œThe nature of the process of the film, the idea, the funding and initiatives, I wasnâ€™t going to do a traditional feature film. I was going to try and take whatever the spirit of the Bangarra Dance Theatre experience you get live on stage, was trying to take that and put that into the medium of film.â€ â€“ Stephen Page. 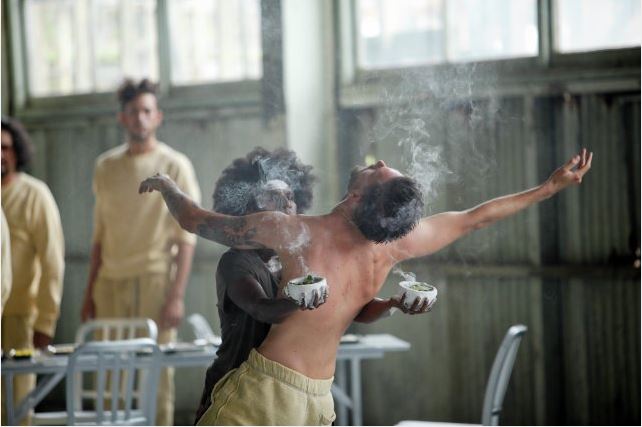 Spear was a visual expression of contemporary Aboriginal issues, showcasing the long-lasting effects that ripple through communities and generations with a cast of characters both young and old. The meeting point of two worlds is further reflected in the filmâ€™s score, amalgamating traditional chanting, instruments and music with electronic beats. The two distinct settings, not only showed the culturally-important connection to the land but also how this has changed due to urbanisation and industrialisation.

Spear is not your typical film that collects dust on the shelf after viewing once. Spear is a conversation, an experience, a performance and a statement.

REVIEW: The Tame Impala tour sold out for a reason