Straight Outta Compton is a movie about one of the greatest stories of the music revolution. It is two and a half glorious hours detailing the stories of five of the most notoriously respected rappers in hip-hop history, Comptonâ€™s very own N.W.A. There’s even a sneaky car chase. What more could you want?

Like most good stories, it starts with humble beginnings. Based in the early 1980â€™s in Compton, California, all of the main characters are introduced with their individual origin stories, and the focal trio are the late ‘Eazy-E’ (Jason Mitchell),Â ‘Ice Cube’Â (O’Shea Jackson, Jr. -Â Ice Cubeâ€™s son) and ‘Dr Dre’ (Corey Hawkins). Drug use, police brutality and violence are all commonly witnessed within their neighbourhood, and this particular trio are fighting the good fight to not only make it out, but to make it better. 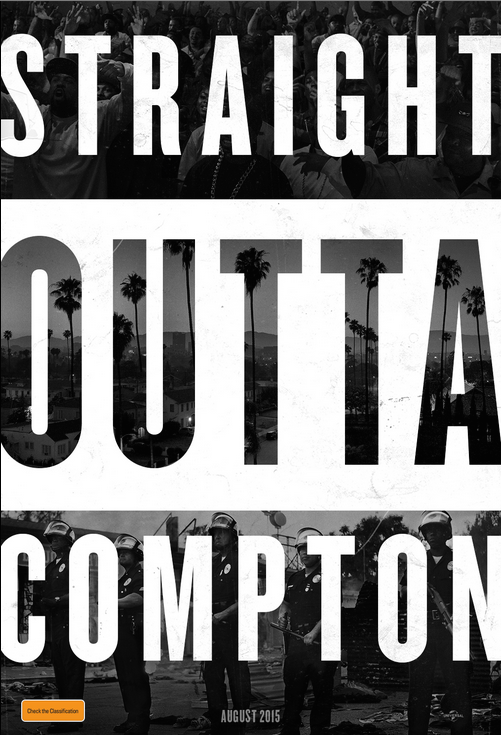 ‘Eazy E’, ‘Ice Cube’ and ‘Dr Dre’ are the complicated heroes of this trueÂ story, defying the norms of music and turning their ingenious productions into a culmination of rich beats and spoken-word poetry. The poetry however, is not for the lighthearted, as it touches on the dark themes that ‘Ice Cube’ perfectly summarises in the chilling line, â€œOur art is a reflection of our realityâ€. Their portrayals of violence and drug-use were not celebrations or glorifications of a lifestyle, but a wakeup call to those living within those societies and those who wanted to ignore it. N.W.A made sure they could not be ignored. This film is an ode to the beginnings of rap as we know it, as it pays tribute to the forefathers who grounded this politically loaded musical movement. 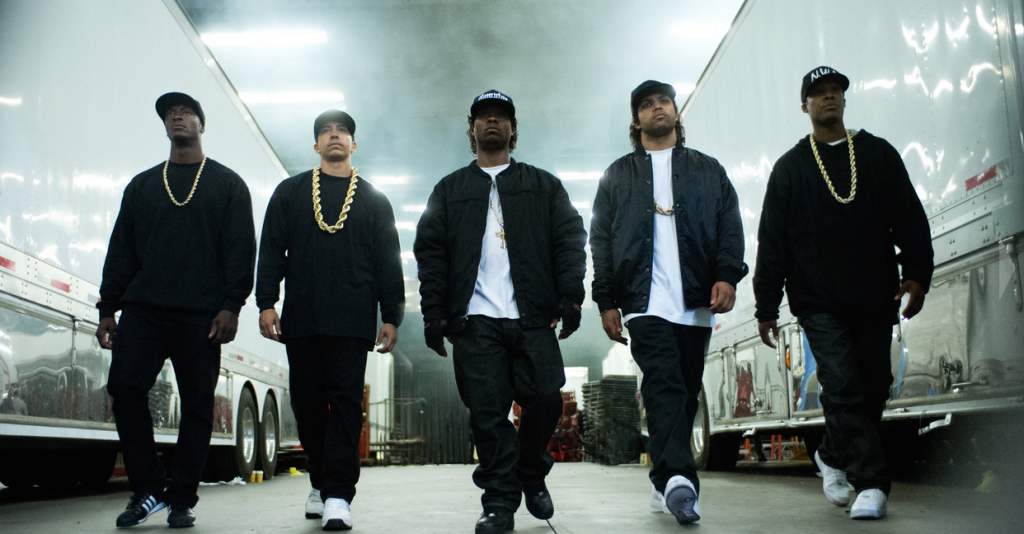 Racial identity and discrimination are key themes within the film, as issues aboutÂ police brutality towardsÂ African Americans were highlighted throughout the film. The members of N.W.A were put into humiliating situations, thrown onto the hoods of cars and wrongfully accused of crimes simply because of how they looked. Although this may seem like a retrospective look into an era from the past, this film also communicates how relevant N.W.Aâ€™s protests still remain in Americaâ€™s contemporary society.

The storyline was gripping, and the way it was executed allowed viewers to build admiration for the cause that N.W.A were fighting for and many musicians are still fighting for today such as:Â Kanye West,Â Janelle Monae, Solange, Devonte Hynes and many more. 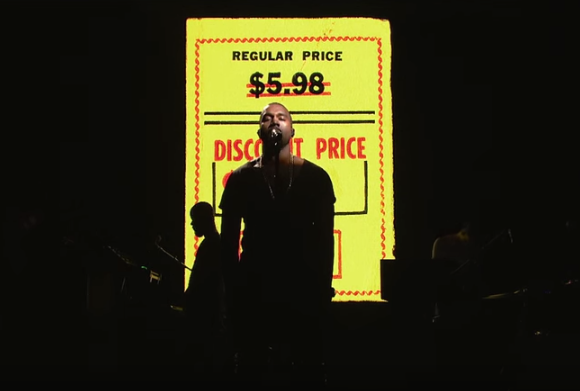 Although engaging and educational from start to finish, the film also showcases an illustrious eye for cinematography, as darker scenes are dim with midnight blue and more action-packed scenes displayed vibrant and lavish shades of red which created the sense of grandeur and well-deserved riches.

N.W.A’s journey is far from smooth, as the group dealt with harsh criticisms from the public and devastations from their own personal lives. But ultimately, N.W.A came out of it triumphant. Anthems such as â€œFuck Tha Policeâ€ and â€œStraight Outta Comptonâ€ were not received as they are now and the film gives audiences an insight into the origins of these legendary productions. The film also allowed rap fans that are familiar with the history of Californiaâ€™s rap scene a look into its history. This provided a look into the extensive timeline, featuring artists like 2-Pac and Snoop DoggÂ whilst shedding light on an important time in music. 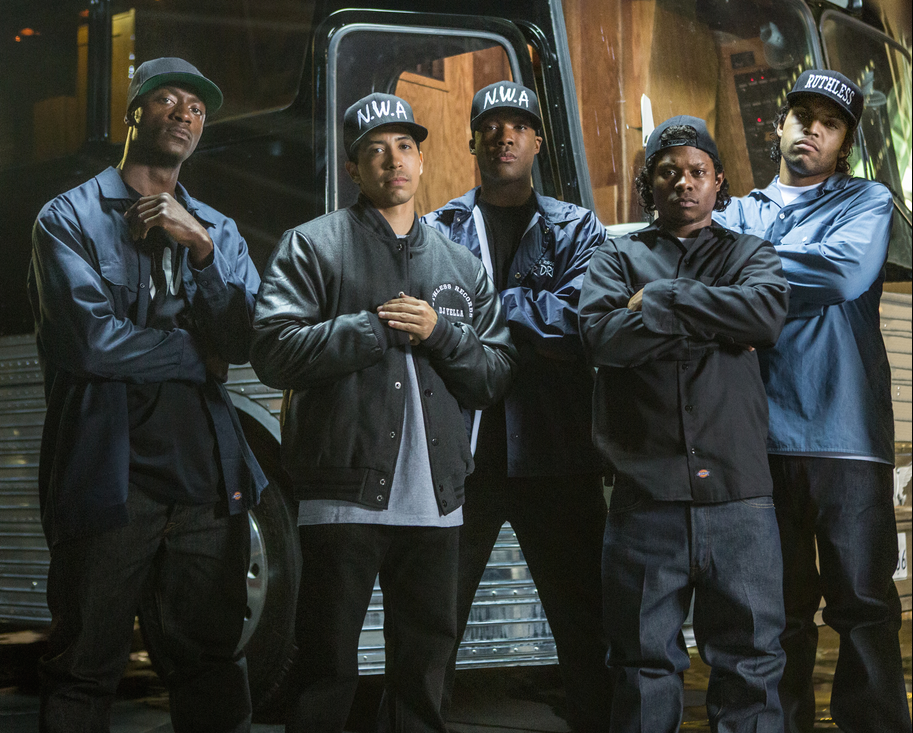 The film is a must-see for anybody who loves good cinema. Everybody, whether a fan of rap music or not, should watch the film.Â It’s a piece of cinematic work that is educational, political and worthy of everybodyâ€™s immediate attention. N.W.Aâ€™s legacy allowed this film to be made today and paved a pathway for many musicians to raise their voices about the important issues and utilise music as a tool for communication.

N.W.A did not just talk about the important issues; they rapped about them and started a revolution.

Straight Outta ComptonÂ is in cinemas now. You can view the trailer here.