Theyâ€™ve bedazzled the seats. Theyâ€™ve papered the Lyric with vintage advertising. Theyâ€™ve hung not one, but two giant disco balls. QPAC is decked out for Strictly Ballroom, and audiences are revelling in this classic Cinderella tale of sparkles and stepping out of line.

Thereâ€™s no audience quite like a Brisbane audience for wanting to join in at musicals. At the slightest provocation weâ€™ll cheer, jeer, stamp our feet and clap our hands. Thereâ€™s no stopping us, and thereâ€™s not really anything a company can do but grit their teeth and hope weâ€™re in time. Not so for Strictly Ballroom, a show that has come prepared forâ€”nay, encourages audience participation. From the colour-coded seats that split the crowd into rival dance-studio factions, to the constant asides into the stalls, to the final dance party on stage, this is a musical truly made for Brisbane enthusiasm.

No sooner had spontaneous applause broken out for Scott Hastingsâ€™ (currently Rohan Browne) non-Federation steps than studio head Les Kendall (Bob Baines) hustled to the front of stage to quell it. Â â€œYes, you want to clap,â€ he opined mournfully. â€œItâ€™s what you do, youâ€™re the audience.â€ And clap we did, from the first heats right through to the Pan-Pacific Grand Prix. 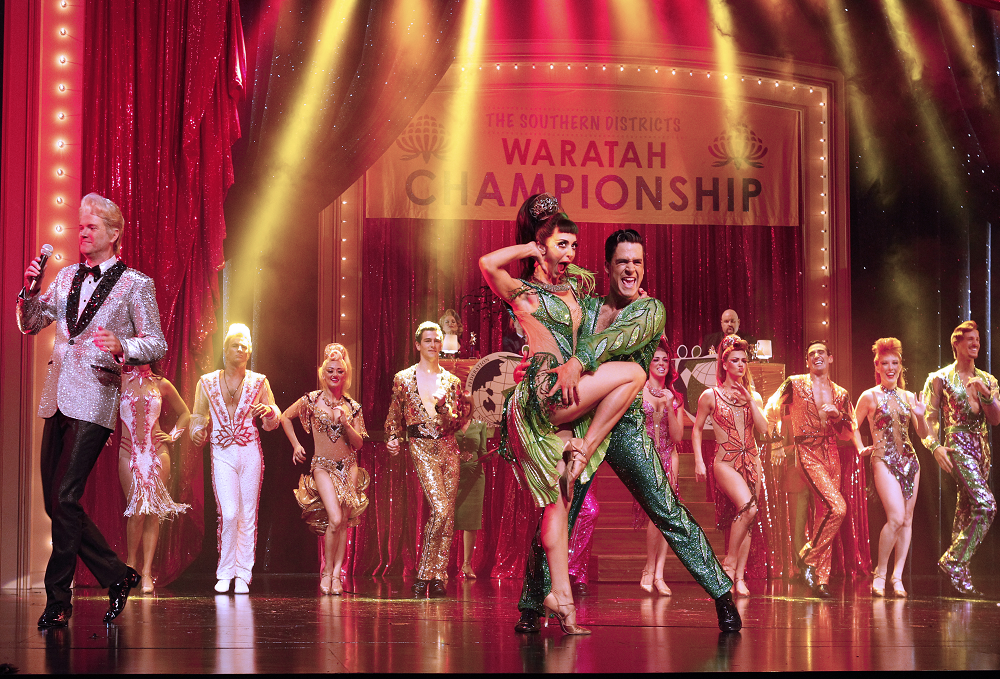 Strictly Ballroom has slid from the stage to the screen and back again with ease. All the favourite moments from the movie are there (audience approval swept like a rather loud wave over the stalls when the first notes of Love is in the Air sounded), but the inclusion of new songs from names such as Eddie Perfect and Sia Furler refresh the story, and the thirty year old show sparkles with life.

Understudy Rohan Browne is holding his own spectacularly with the principals, and the trio of Les Kendall, Doug Hastings (Darren Gilshenan) and Barry Fife (Robert Grubb) are hilarious. However, it is, undeniably, the ladiesâ€™ show. Shirley Hastingsâ€™ (Heather Mitchell) hysterical despair over her sonâ€™s choices is sublime; Abuelaâ€™s (Natalie Gamsu) soaring vocals are an absolute knock-out; and then, of course, thereâ€™s Fran (Phoebe Panaretos). Her frumpy, ugly duckling awkwardness is carried off perfectly, and the voice it hides fills the theatre from stage to ceiling. Â While the plot may be largely Scottâ€™s, the emotional weight of this show rests on Fran, and Panaretos more than meets the challenge. 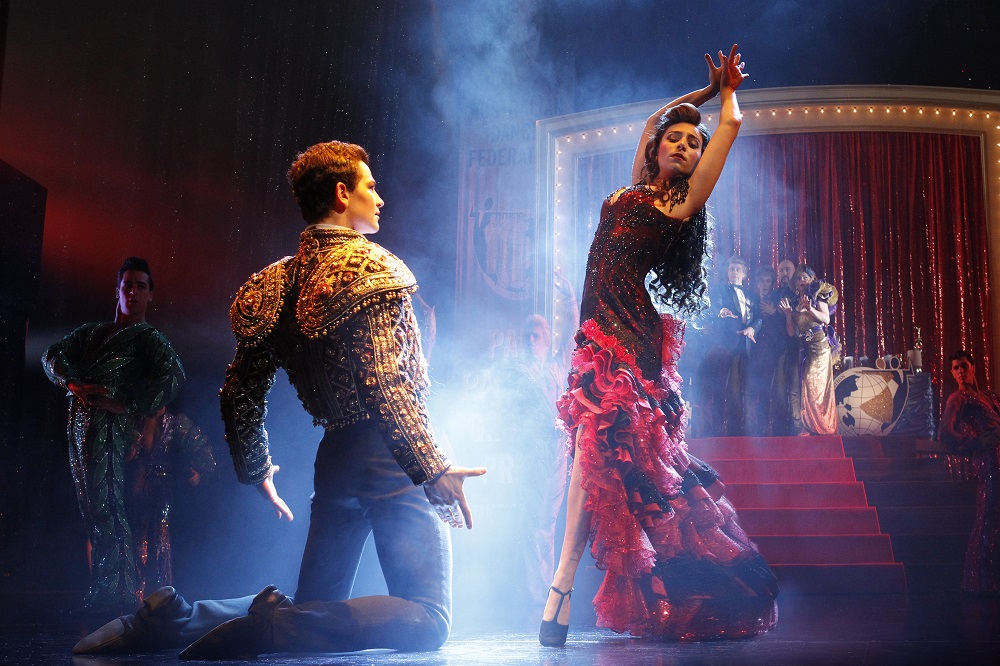 Strictly Ballroom is visually lavishâ€”Academy Award winner Catherine Martinâ€™s costumes envelop the stage in diamantes, tulle and feathers. But at the same time, this remains a story deeply rooted in Australian nostalgia. Amongst the hairdos trying desperately to scrape the Lyric roof, there is the ubiquitous Hills Hoist, the RSL, the Romeo and Juliet love story conducted outside a Sydney milk-bar. Itâ€™s this quieter, more intimate story that gives the show its drive, and itâ€™s this story, played so beautifully here, that will stay with the audience when the glittery after-images have faded from their eyes.

What Strictly Ballroom The Musical