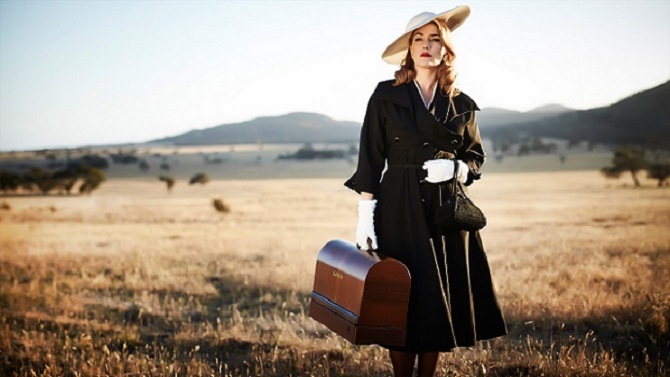 Jocelyn Moorhouse brings life to The Dressmaker, a screen adaptation of Rosalie Hamâ€™s bestselling novel. Internationally acclaimed, The Dressmaker certainly lives up to, if not exceeds, audience expectations in great style.

The â€˜Aussieâ€™ film has struggled for decades to try and define itself. Is it a Hollywood blockbuster-style epic? Or is it an independent production? The Dressmaker is a film that does not neatly fit into either of these categories, instead it borrows techniques from each to find its unique voice. Itâ€™s smart, quirky and visually stunning. Co-writers and frequent collaborators Moorhouse and PJ Hogan (Murielâ€™s Wedding 1994, Mental 2012) continue filmmaking practices that reference their earlier 1990s Australian Glitter Cycle films.

The Dressmaker may be set in 1950s rural Australia but each frame comments on the progression of the local industry. The celebration of a female perspective under the harsh country sun is as refreshing to view as it is a setting traditionally reserved for stories of ‘Aussie larrikins.’

The chic figure of Tilly Dunnage (Kate Winslet) casts a shadow on the country town of Dungatar, which turned its back on her as a child as the people deemed her responsible for the death of a local boy. With the introduction of Sergeant Farrat (Hugo Weaving) who holds designer obsessions and fabric fetishes, the film celebrates the coming together of foreign cultures and observes the parallel natures of forgiveness and judgement. As Tilly returns to care for her ailing mother, Molly (Judy Davis), who became an outcast and attempts to forget her past, the audience witnesses how toxic lies can poison a townâ€™s mentality. Tilly tries to reconnect with her hometown who willingly takes her couture creations but continues to shun her after 25 years. 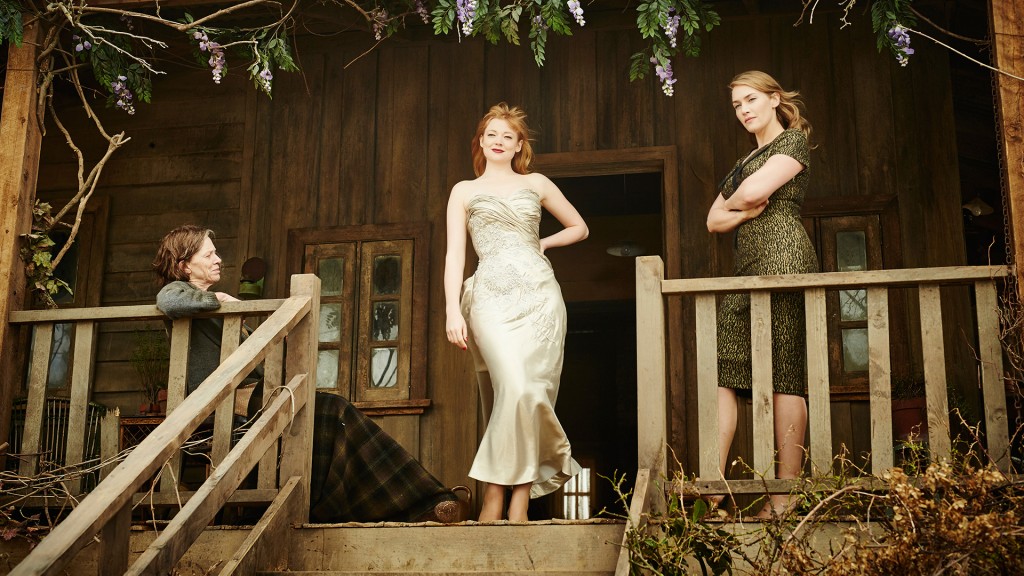 Winslet shines, demonstrating a range of emotions from heartbreakingly vulnerable to devilishly naughty. Liam Hemsworth, as the character of Teddy, brought a strength which rewrites the legend of the â€˜outback blokeâ€™ for the better and proves sensitivity and compassion combined with masculinity are a winning combination. The supporting cast hosts cameos from beloved Australian actors who expertly force a love-hate relationship with the audience.

Part crime mystery, part crime comedy, part drama and part fashion show, The Dressmaker is a journey of self-discovery that allows its protagonist to realise that small-town mentality should not determine who she is. The Dressmaker oozes subtle humour combined with the laugh-out-loud visual gags, whilst Parisian fashions frolic in the background. However it remembers to tug at the heart-strings through embedded themes of love and family.

The Dressmaker is now showing in cinemas.