Coterie Cabaret steamed up Brisbane with an encore of their explosive sold-out spectacle.

The multi-skilled cast brought a glutinous banquet of cabaret, burlesque, cirque, dance, live music and comedy to the Warehouse on Friday night.

The show was birthed by Creative Directors Anna Johnston and Emily Stockwell who delve into the desires of Goddess of Sex, Love and Victory, Venus as she shows us humans a thing or two.

By the time Venus (played by the encapsulating Emily Stockwell) enters the stage and you’ve sipped an aptly named Coterie cocktail or two, there’s nothing left to do except sit back and get a little uncomfortable.

Amidst the moments that will make you squirm and sweat, the technical skill of the cast leaves little to be desired. 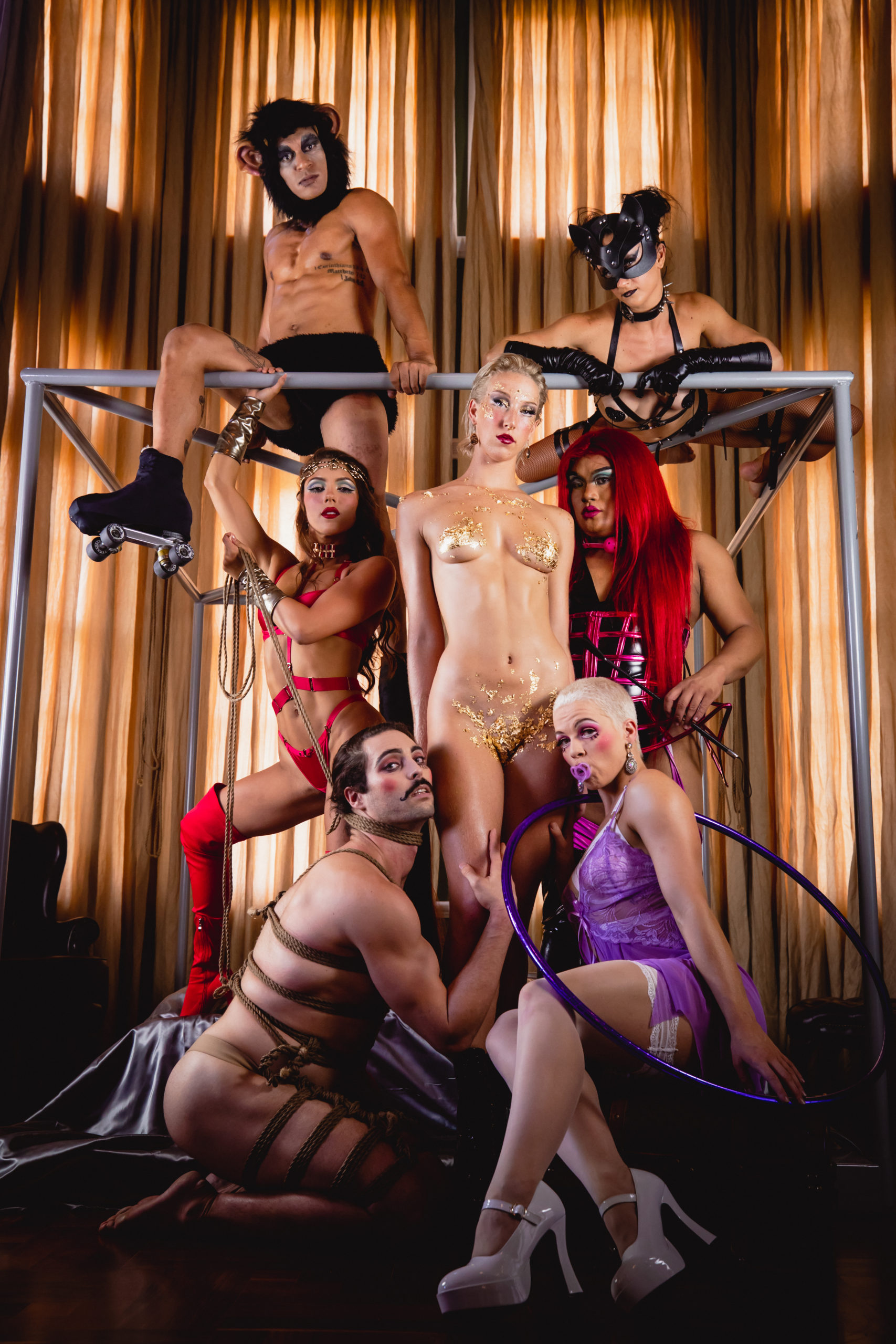 One of the first cast members to grace the stage contortionist, Amber Donnelly, left the crowd on the edge of their seats as she spun circles on stage. Gloriously dressed in drag, Luna Thicc brought some seriously fierce energy to the night.

The show was scored by the live music of Jarrod Waera and Dane Pulvirenti, and the powerful vocals of Venus.

Those who stuck around after the show were treated with a meet and greet with the cast and an exclusive after party hosted by Coterie’s very own Miss Luna Thicc.

The adults only show aims to normalise and lessen the negative stigma surrounding sex & body positivity, cultural diversity and kinks.

For those who missed out on tickets, after sold out performances in February and March Coterie Cabaret will be back again soon.

Might we suggest booking the babysitter and indulging in a decadent night out. Head here to book tickets now.

Images by Photography by Dominic Thwaite and Dino Renda.