The Intern is a comedy film where 70-year-old widower Ben Whittaker (Robert De Niro) undertakes an internship with â€˜About the Fitâ€™; a successful e-commerce retail fashion business, which is driven by success.

Set in New York – young, career driven Jules Ostin (Anne Hathaway)Â is the owner and leader of the business. As a forward thinking firm, Jules’Â colleague Cameron (Andrew Rannells) employed the policy of hiring â€˜senior internsâ€™ which contributes great value through their experience that a young team might lack. In the beginning, Jules is not interested at all and neglects her personal assigned intern Ben Whittaker. She is known for being complicated, yet Ben is up for the challenge. Jules puts all her heart and time into the business, whereas her stay-home husband Matt (Anders Holm) looks after their four-year-old daughter Paige (JoJo Kusher). The plot turns once Jules realises that Ben is a real asset to her business, is helpful and willing to support her as a friend. Yet, the company faces tough times when Jules is on the hunt for a new CEO to save her marriage and her relationship with her daughter. 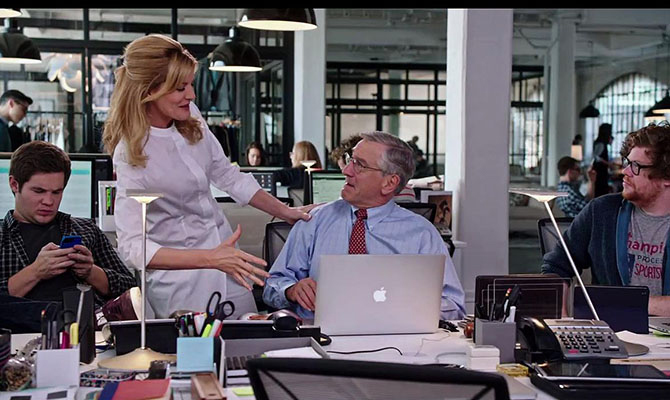 The film portrays two major topics of modern day life: the growing number of senior citizens who are either widowed, single and in search of something to do in order to have a filled out day. Simultaneously, the film expresses the stresses placed on the younger generation within a fast-paced, modern e-commerce company. Also, the theme of women in the 21st century is picked up, with Matt being a confident stay-at-home husband who supports the career of his wife, and Jules a strong, career-driven woman with the determination to succeed.

The storyline is simple and plain yet comprises the themes of the mainstream modern age lifestyle in the first world. Benâ€™s humour and caring side guarantee smile and giggles throughout the film.

Director Nancy Meyers has chosen her cast perfectly, as the two star actors and lead roles are a great fit; their characters complement one another. Robert De Niro as Ben Whittaker gives Anne Hathaway as Jules Ostin confidence and calmness through his wisdom, and peacefulness as well as a clear-thinking approach to tackle tasks. Jules is an inspiration to Ben, who keeps him young and as he wants to see her happy because he thinks that she definitely deserves it by putting all her energy and passion into the dream of her business. 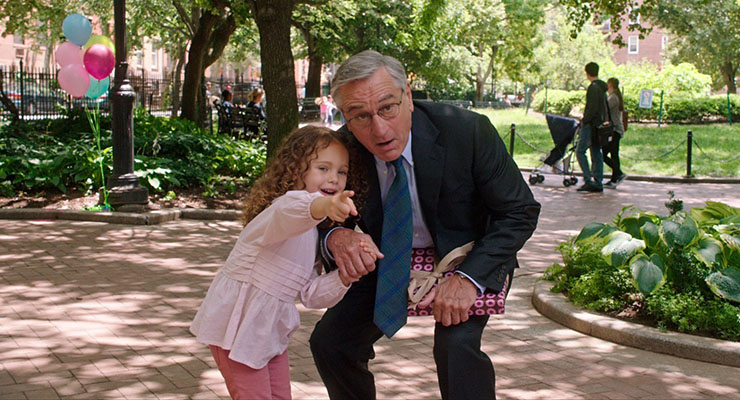 A modern, funny and heart lifting comedy that guarantees you an insight into diverse generations living together in the 21st century, the changing roles of men and women and the shifts in the world of business.

The Intern is in cinemas now.