Yakov Ronen (Dave Davis) struggles to adjust to modernity after leaving Brooklyn’s strict Jewish orthodox community. When he’s sick of choosing between buying his medication or paying his rent, he accepts his former rabbi’s offer to be the shomer for a recently deceased Holocaust survivor. Yakov insists on being paid to sit the overnight vigil, but $500 is a bit of lowball when you have to spend the night with a terrifying spirit straight out of Jewish mythology.

Before he decided to try his hand at filmmaking Keith Thomas was writing novels. His predilection for storytelling shows: The Vigil doesn’t waste time with lengthy exposition and endless setups like many horror films do. Instead, we quickly find ourselves, alongside Yakov, in the dilapidated house within Brooklyn’s Hassidic borough where he spends the majority of the film. 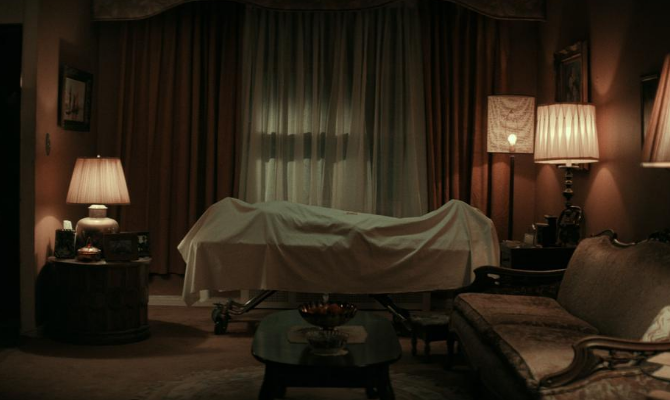 When I found out that The Vigil was backed by Blumhouse Productions, I prepared myself for 88 minutes of terror. After all, I couldn’t sleep for a week after watching Blumhouse’s horror darling Insidious. The shadowy house where Yakov must watch over Rubin Litvak’s corpse is suitably creepy, but Thomas’ movie doesn’t quite live up to the creative scares of fellow Blumhouse alum Insidious or Get Out.

Although I’m an avid fan of horror films, my taste is somewhat indiscriminate. I enjoy jump-scare ridden remakes like 2005’s House of Wax as much as I enjoy genre trailblazers like Alfred Hitchcock’s Psycho. The Vigil ends up somewhere in the middle of the two: the scares may not be particularly inspired but the premise is a refreshing take on horror clichés.

The clearance shelves of JB Hi-Fi are filled with frightening flicks based on catholic theology. From demonic possessions to priests clutching bibles, there is no shortage of Christian iconography in horror movies. The Vigil gives audiences new things to be afraid of and updates the aesthetics of terror. 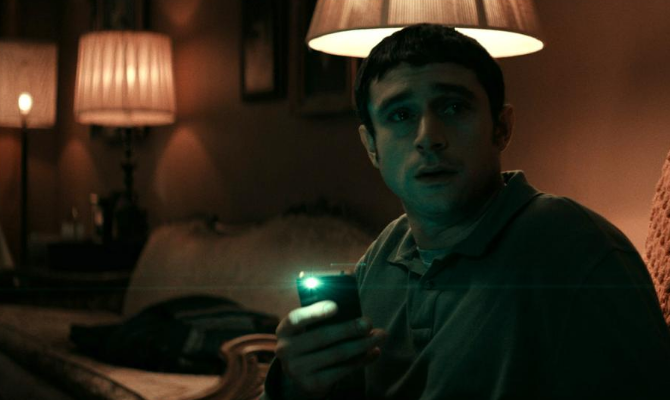 Instead of Latin exorcisms, there are Hebrew prayers of protection, and instead of demons, there’s the Dybbuk – a malicious spirit that moves between the bodies of the dead and the living. This is what makes The Vigil an important addition to horror. By rooting itself in Jewish folklore, it inserts a new perspective into an overcrowded genre.

The Vigil starts with Yakov stumbling through a support group meeting that helps former members of Hasidic Judaism adjust to life outside the religion. As they discuss the various challenges they’re facing the conversation languidly switches in and out from English and Yiddish. Embarrassingly, this tiny moment feels like one of the most authentic representations of modern Judaism I’ve seen. I’m used to sitcom stereotypes like Fran Drescher in The Nanny or old-fashioned anti-Semitism in Shakespeare’s The Merchant of Venice. Thomas is not only reinventing horror movie tropes but is readjusting the way Judaism is represented in modern media. 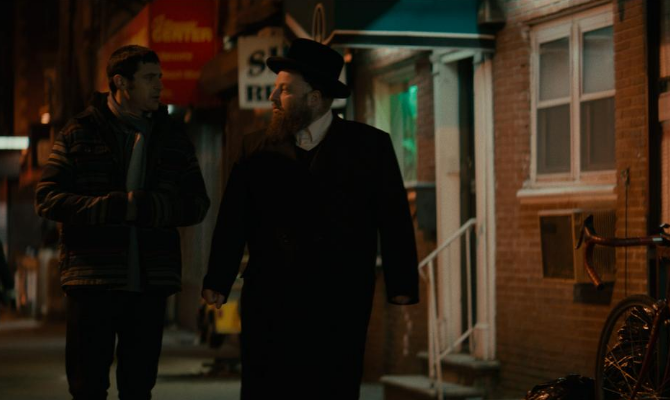 After the meeting, Yakov is asked out for coffee. When the girl asks him if she wants his number, he’s endearingly clueless on how to program it into his phone. This, along with the mix of blue-tinged and sepia-toned lighting, demonstrates Thomas’ greatest success in The Vigil: his clever blend of the contemporary and the traditional.

Although The Vigil doesn’t rewrite the scare playbook, it does reimagine how we perceive horror. Funnily enough, the most important part of Thomas’ film isn’t the scares, but the focus on Jewish theology and Judaism.

Husky Tell Us All About ‘Stardust Blues’