Review: The Wombats at Riverstage

The Wombats played an almost sold out show at Riverstage last night and basically brought the house down.

Thousands of people gathered last night to catch the UK band on their short Australian tour. Some even lining up from 7am to ensure they got a good spot when the gates opened at 5pm. We’ve basically adopted the band at this stage, not only are they named after one of our most cherished animals but this is their second time in the last six months that they’ve made their way down under.

With supports from Eves Karydas and the incredible Cloud Control, this wasn’t a show to miss. Most of the crowd knew this and came early to catch both support acts.

Many people, myself included, caught The Wombats‘ set at Splendour In The Grass this year. After releasing their huge album Beautiful People Will Ruin Your Life at the start of the year, they’ve well and truly solidified it in our minds.

Using the same amazing and at some points hypnotising graphics from Splendour, The Wombats brought a colourful show to Riverstage last night. They kicked it off with ‘Cheetah Tongue’, the smash hit off their latest album and instantly everyone was dancing. 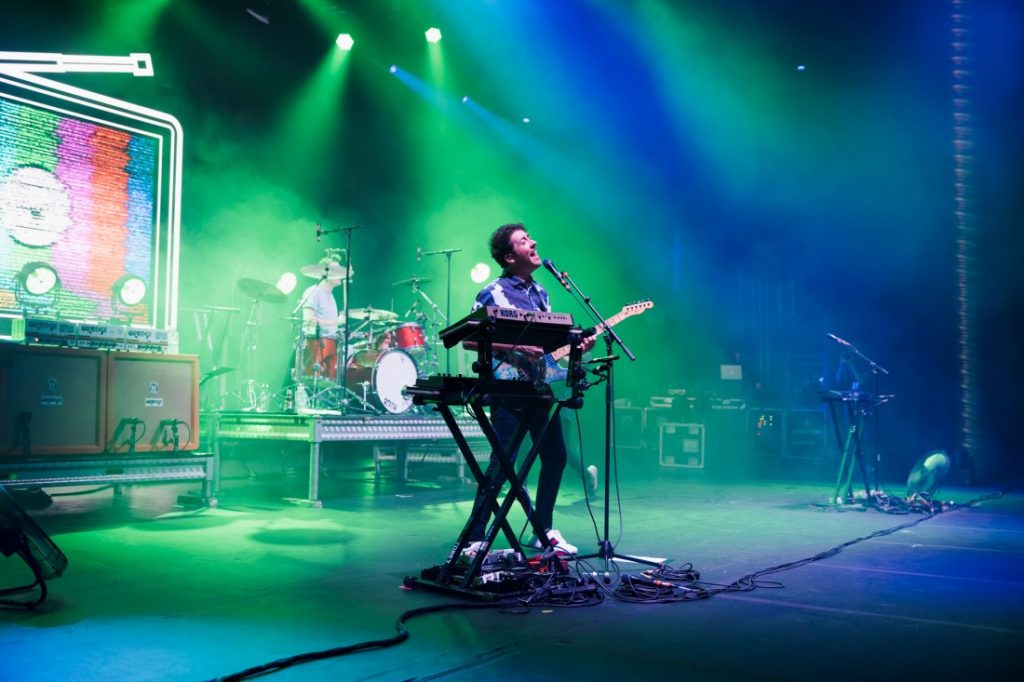 The crowd was delighted with songs like ‘1996’, ‘Pink Lemonade’ and of course ‘Tokyo’ and ‘Let’s Dance To Joy Division’. With a good mix of The Wombats’ classics as well as throwing in ‘Lemon To A Knife Fight’ and ‘I Don’t Know Why I Like You But I Do’ off the latest album.

Throughout the show there was incredible musicianship and amazing harmonies as well as times for the crowd to get involved.

They wrapped up the show with an encore including the toned down ‘Lethal Combination’ followed by ‘Turn’ yet another single from the album. Then they finished up with their 2015 single ‘Greek Tragedy’.

The Wombats have this incredible gift of simply making you smile, whether you know the lyrics or not Matthew Murphy’s, the lead vocalist, voice is something to be admired. I’m hoping to see them back in Queensland sooner rather than later.