Let the blood run! Queensland Shakespeare Ensembleâ€™s TITUS is a bold, bloody endeavour with an unexpectedly large heart and a keen intuition for the text.

The first thing you notice upon stepping into the Amphitheatre is the music. Off to one side, the incredibly hard-working cast (in full costume) have set up as a band and are playing the audience to their seats. Itâ€™s worth the ticket price alone to witness the titular Titus, resplendent in his battle armour, plucking away at a tiny ukuleleâ€”though the jovial strumming does take on a darkly ironic tone when one considers how much hand-lopping is yet to come. Gather ye rosebuds while ye may, Titus.

The music, slighted muted, continues throughout the performance, with actors frequently ducking from the stage to their instruments to supplement the score; impressively, the band then picks up full-force again during interval. This, in a nutshell, is the Queensland Shakespeare Ensembleâ€”dedicated, multi-talented, diverse and ambitious. 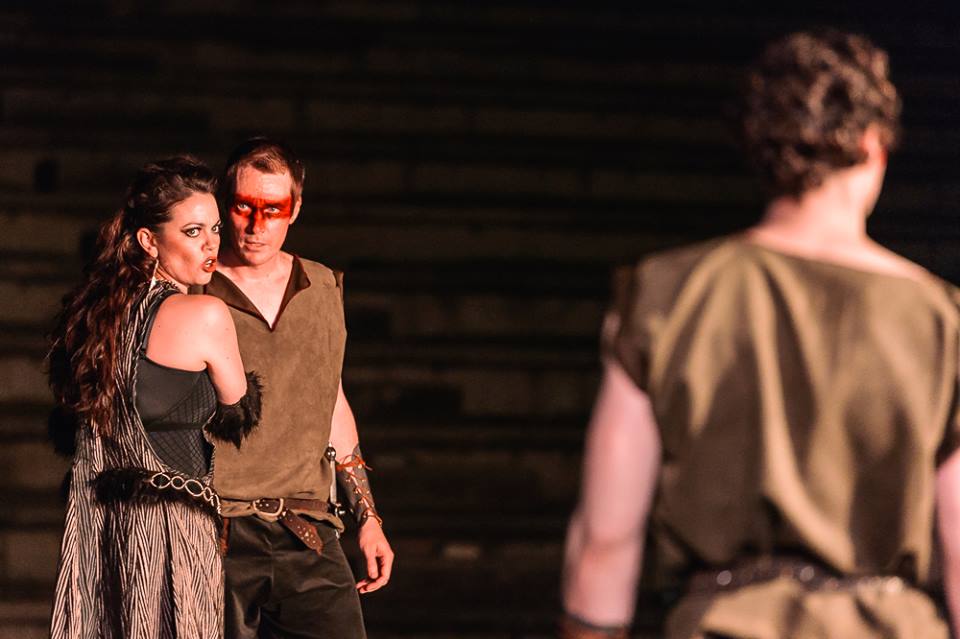 The company may have taken a risk with Titus Andronicus, Shakespeareâ€™s least loved play, but the results are masterful. There are moments of real, sickening horror as a trembling Lavinia (JohancÃ¨e Theron) is thrown mercilessly around the stage and carried away into the darkness, but there are also flashes of joy and warm good humour. Like all the best Shakespearian companies, QSE have not merely brought the script to stage: they have played the text, and played it well, finding new jokes in the silences and staging, riffing on the Bardâ€™s ribaldries and pulling the audience into their spell, often by throwing the charismatic Aaron (Silvan Rus) directly at them.

The setting is spartan (doesnâ€™t Rome owe a lot to Greece), but the use of the amphitheatreâ€™s natural seating as an extended stage area (the audience are up on the stage-proper, with the actors and the growing pile of bodies) creates a wonderful sense of physical depth and perspective often impossible in traditional theatres. Meanwhile, the cries of the parklandâ€™s resident curlewsâ€”running a gamut from â€˜hauntingâ€™ to â€˜ALARUM ALARUMâ€™â€”give voice to the sense of impending disaster that suffuses Shakespeareâ€™s tragedies. 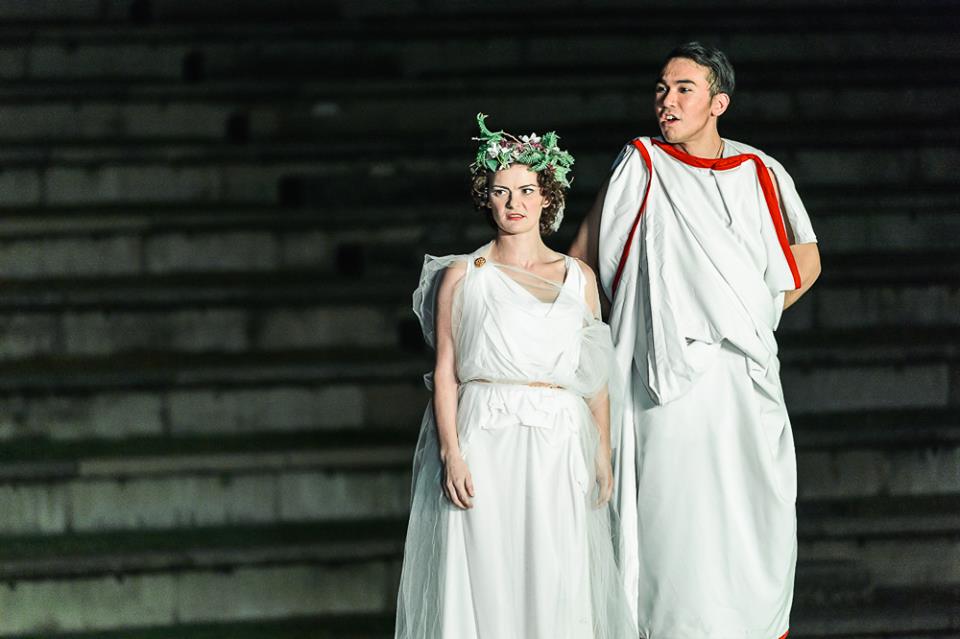 The large cast work tirelessly through what is a rather physical play, what with the increasing amount of corpse-removal that needs to be done, and their very traditional staging is rich with emotion and unmasked skill. No hiding behind post-modern niceties for Rob Pensalfini (Titus), QSEâ€™s artistic director and Roger Allam type, who fills the small stage with hot-blooded pathos, rending the sky with lamenting and the kind of full-bodied delivery that makes Shakespeareâ€™s iambs sing. JohancÃ¨e Theron, meanwhile, brings both torturous pity and unexpected laughter to the role of Lavinia, an especially impressive feat, considering she could neither speak nor gesture for the entire second act.

With the darkened sky wheeling overhead, the wonderful music on-stage and the immediate, powerful presence of the actors, QSE have brought the spirit of the Globe to Roma Street. TITUS is a triumph, and one that ends (for the audience at least) far better than its ill-fated namesakeâ€™s.

Where The Amphitheatre, Roma Street Parklands