“WOMANz” had me kicking myself for not seeing this show earlier. After rave reviews during last year’s Melbourne Fringe Festival and buzzing word of mouth, I was finally able to catch Tessa Waters at the Town Hall on a miserable Tuesday night.

She’s a fierce misc-European show girl who loves two things- dancing and herself. She spends the next hours making sure we do the same, in a beautifully life-affirming mix of audience participation, dance and more dance. 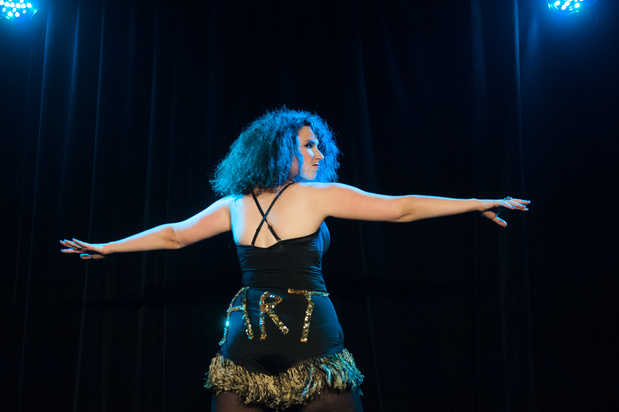 Water’s year spent at the well-known Phillipe Gaulier School of Clowning and Theatre has produced one of the best proponents of clowning I’ve ever seen. Always maintaining a pure joyfulness with the audience and letting moments land wherever they may, Tessa Waters in “WOMANz” shines a little bit of goodness directly into the audiences’ hearts.

Head to the Melbourne Comedy Festival website for tickets.