Roald Dahl's Spirit Hits the Stage in Matilda The Musical!

Matilda the Musical has finally arrived in Brisbane after a successful run throughout the country. Winner of five Tony Awards and multiple sell-out seasons on Broadway and West End, Matilda is a quirky and unforgettable experience that is one for all ages.

Adapted from Roald Dahlâ€™s classic of the same name, Matilda the Musical is fresh, fun and outrageously humorous. The musical follows the story of Matilda, a gifted young girl with a passion for reading and wisdom far beyond her years. Unfortunately, the miracle child was born to a mother and father who believe that her bottom should be firmly planted on a couch in front of a television.

I must admit that I was hesitant about the predominantly child cast however, every note and dance number was performed with such dedication that it was hard to believe the young ages of the performers. The energy was consistently high throughout and the young actors seamlessly performed next to actors far more experienced.

A highlight of the evening was the superb characterisation shown by James Millar as the horrifying headmistress Trunchbull. Please donâ€™t be fooled in thinking that all the humour lies in the cross-dressing component of the performance. Millar manoeuvrers the stage in a way that had the tiny child behind me kicking my seat as he exploded in multiple giggling fits. 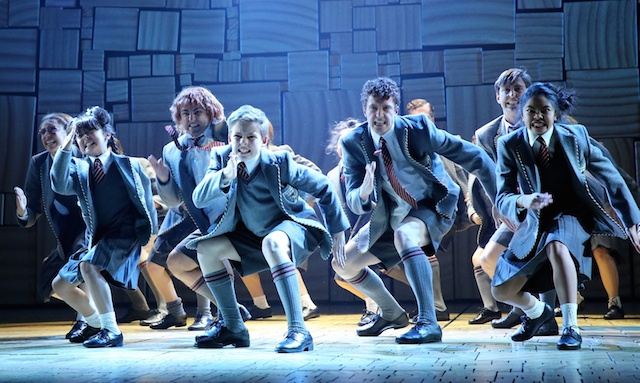 Venice Harris played Matilda on the opening force and proved that she really is one to watch in the world of theatre. She hit all the high notes and sung the lyrics with such cheekiness and spark that it was difficult not to fall in love with the young actress. Her scenes with the caring and determined Miss Honey (played by the spectacular Elise McCann) were moving and really provided the musical with the softer moments it desperately needed to keep the balance between Dahlâ€™s mayhem, and the isolation that comes with not fitting it.

The award-winning music and lyrics are written by Australian comedian Tim Minchin who was sitting proudly in the audience on the opening night. The songs were clever and entertaining, ranging from cheeky songs to heartfelt ballads.

Matilda the Musical is a rare and eccentric piece that will change the way you look at the kid sitting beside you. With a moving message that consists of individuality and bravery, Matilda proves that sometimes you have to be a little bit naughty.