â€˜Tis the season for literary awards, and Robyn Sheahan-Bright is the latest recipient, recently receiving the 2014 Johnno Award for Contribution to Queensland Writing.

The Johnno Award, named for renowned poet and author David Maloufâ€™s eponymous novel, recognises significant contributions to the development and vitality of the Queensland literary community. Since its establishment in 2001, it has boasted recipients such as Nick Earls (2001), co-owner of the Avid Reader Bookshop Fiona Stager (2008) and former publishing manager at UQ Press, author and founding chair of Queensland Writerâ€™s Centre, Craig Munro (2010).

Robyn is a worthy addition to this list, and has been justly honoured for over a decade of outstanding work in Queensland literature, and for her critical contributions to the childrenâ€™s and young adult sectors. She is currently working in regional Queensland through her involvement with the Curtis Coast Literary Carnival Committee, which aims to promote writing by young people and offers a wide program for all ages, with award-winning Australian authors and illustrators. 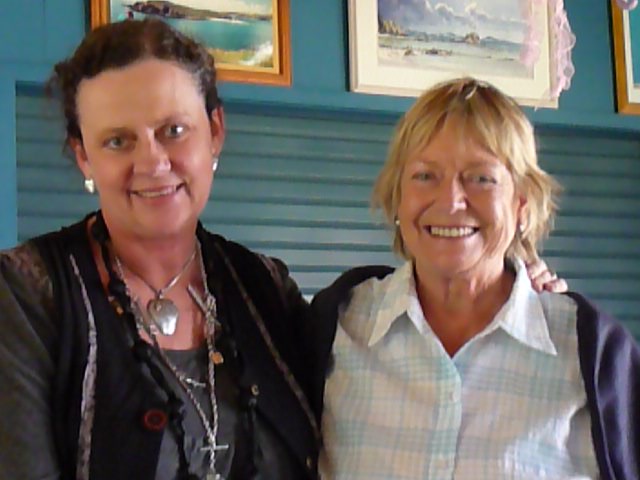 In addition to this, Robyn has held teaching positions at both Griffith University and University of Southern Queensland, where she has taught courses on writing for children and adolescents, and publishing and technology. Since 1999, she has also managed the Residential Editorial Program, which supports and develops Australian editors, enabling them to in turn enrich and guide their field. Robyn has herself edited many Australian publications, including (with Dr Craig Munro) Paper Empires: A History of the Book in Australia 1946 -2005, a national studyÂ concerning post-war publishing development.

Robyn has previously been awarded the national CBCA Nan Chauncy Award for outstanding contribution to Australian Children’s Literature. Her ongoing success is a testament to not only her own laudable efforts for the Queensland literary community, but to the quality of professionals currently working within the industry.