Coming to Brisbane for its second life, Barbara and the Camp Dogs is bringing rock n roll to Queensland Theatre in a celebration of First Nations women, hard family truths, and poignant commentary on the state of today’s music industry.

Slated as “part madcap buddy comedy, part electrifying rock gig, and part clarion call against the taint of inequality”, Barbara is set to charm Brisbane audiences at the Queensland Theatre from 1 to 25 May.

The set design is reminiscent of dingy rock gigs in the corners of pubs complete with sticky carpet. Score a seat in the front and you’ll be hit with the nostalgia of beer-soaked couches as the guitar amp wails.

That’s because when you come to see Barbara, you’re getting a live band and rock songs co-written by Alana Valentine and Ursula Yovich, who plays Barbara in the show. It seems like a departure from the usual happenings at Queensland Theatre – in a good way.

“Where you’ll want to sit depends on how rock n roll you are,” said Sorcha Albuquerque, lead guitarist in Barbara.

But don’t let that deter you. Drummer Michelle Vincent promises an experience you’d expect at a theatre that highlights the actors and their singing, different from the festival playing you might see at Splendour.

During the play briefing on Monday, it was clear that the cast and crew were like family. With the creation of the show starting back in 2014, they’ve grown together as the show came to life and it’s evident in the belly laughs that continued throughout the chat. 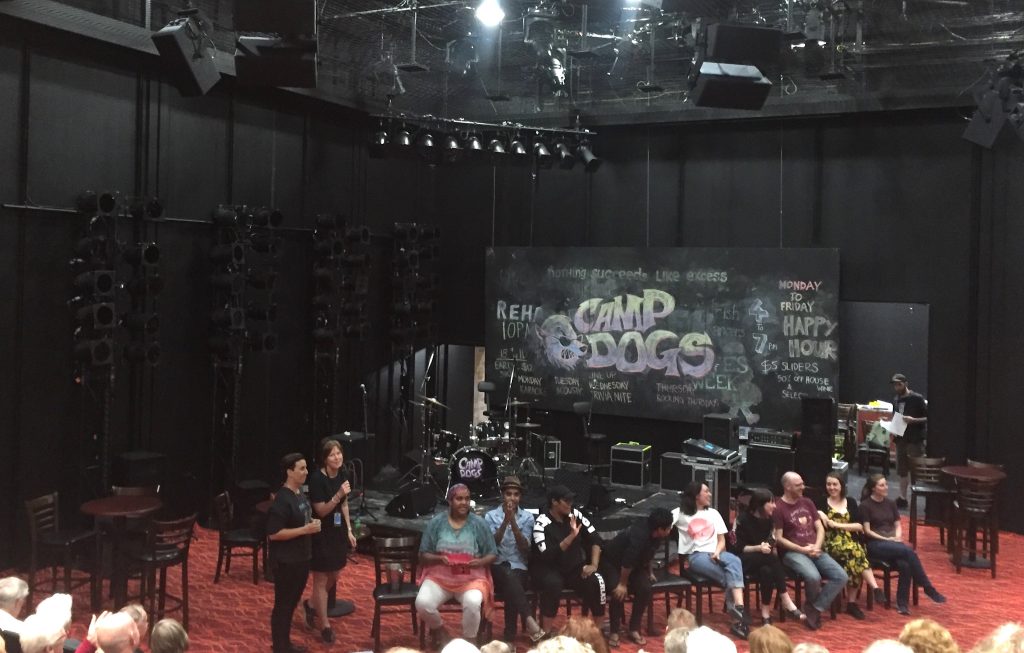 In the first go-round of Barbara, the show received rave reviews from Sydney Morning Herald News and Time Out, just to name a few, after its original season sold out at Sydney’s Belvoir.

“I take audience notes during every performance and wrote ‘standing ovation’ after every show during its first run,” said stage manager Cecilia Nelson.

“The only time we didn’t get a standing ovation was during a Wednesday matinee,” said Elaine Crombie, who plays Barbara’s sister Rene, as the entire cast laughed and Crombie playfully teased the audience.

The lead character Barbara is based on Yovich’s alter ego who first made her appearance in 2008 wearing a pink frilly dress at an afterparty for the Helpmann Awards – the likes of which Yovich herself won for Best Female Actor in 2007 and one of Valentine’s plays had been nominated for in 2008.

Yovich describes Barbara as “pissed off, ramped up, foul-mouthed, shamelessly sexual, flirtatious, and dangerous” and the Camp Dogs came from a long-running joke about a band named after the dogs hanging around campfires in the Territory.

Part of Yovich’s frustration expressed through Barbara came from the lack of original roles available to Aboriginal actors on top of a music industry that didn’t seem to give a stage to the talent she found herself surrounded by.

“I was frustrated with my own career and I wanted to step out of Aboriginal roles,” said Yovich. “Don’t get me wrong – Aboriginal stories are important and I love to tell them but there’s more to say. I needed something else. I just wanted it to be a piece about two strong black women on stage.”

Crombie joined Barbara back in 2015. “Or was it 2014?” she said after a long pause in an effort to remember exactly how long she’d been performing this show. Let’s just say – it’s been a while and she’s seen the musical develop and change.

“Back then it was more music industry focused and now it’s about family,” she said. “It still makes a comment about the industry but it’s more about how the sisters go home to visit their mother and making that journey.” 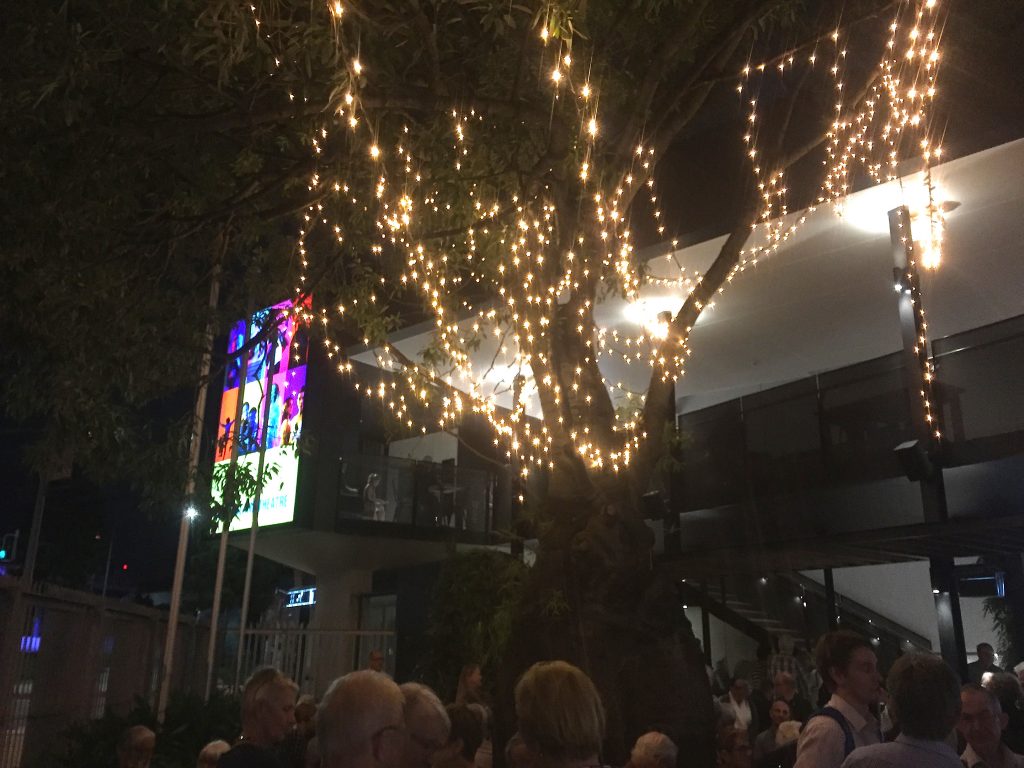 It should be mentioned that adult language is present in Barbara.

“You mean the c-bombs and f-bombs?” said Yovich.

In order to tell this story properly, a team of passionate behind-the-scenes crew was assembled. With costumes designed by Chloe Greaves, she mentioned the attention to detail when highlighting the sisters’ travels throughout Australia from Sydney to Darwin to Katherine.

Nelson, the stage manager, is also picky with the details giving the cast piles to Post-It notes reminding the actors to say the right lines, driving home how staying true to the script is important to protect the piece.

“I throw the Post-Its directly in the bin after I read them,” said Crombie, to more howling laughter. “She sees me do it so it’s ok but they do help me get it right.”

Directed by Leticia Caceres and brought to you as a Belvoir production in association with Vicki Gordon Music Productions, you don’t want to miss this unique, heartfelt, rock n roll production at Queensland Theatre.

What: Barbara and the Camp Dogs