A Cloud of Love, Laughter and Smoke - Rosalie Blum

The 27th Alliance FranÃ§aise French Film Festival opened in Brisbane with the enchanting, enigmatic and endearing film Rosalie Blum. Based on the award-winning series of graphic novels by Camille Juordy, Julien Rappeneauâ€™s directorial debut was a witty story that made stalking comedic and acceptable, in a way that only the founding nation of cinema ever could.

â€œWe are all about celebrating Queenslandâ€™s diversity… A way that we celebrate our cultures is through our arts, through our food, through our dancing and through our music. And what better way than through the art of filmmaking. It really defines a lot of cultures throughout the worldâ€¦ Itâ€™s about bringing the French community together to display a fine art that they are tremendously fabulous in presentingâ€¦ the rich cultural tapestry for all of Queensland to enjoy.â€Â â€“ Hon. Grace Grace; Minister for Multicultural Affairs. 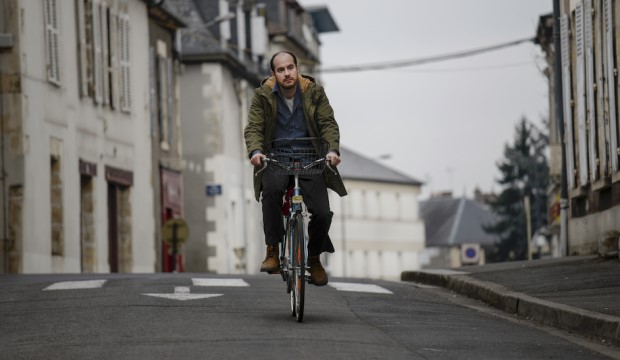 Thirty-something Vincent Machot (Kyan Khojandi) lives a repetitive life confounded by what if’s. What if he stood up to his overbearing mother? What if he moved to Paris with his girlfriend? What if his girlfriend isnâ€™t his girlfriend anymore? His life is dull and he is constantly overshadowed by the memory of his deceased father. On an errand for his mother, Vincent experiences a powerful case of deja-vu when he met groceryÂ owner Rosalie Blum (NoÃ©mie Lvovsky). Intrigued by the appearance of a mysterious woman who is equally as lonely as he is, Vincent began to follow her. However his precious secret does not remain unnoticed for long when Machot â€“ totally oblivious, becomes a target in another game.

Rappeneau intricately weaved comedy and drama together by examining the effects of loneliness. The beauty and ease of French filmmaking is its ability to inject magic into the everyday and the mundane. Rosalie Blum continued current trends of French realism popular in cinema. Rappeneauâ€™s interconnecting stories of Vincent Machot, Rosalie Blum and AudeÂ CerceauÂ (Alice Isaaz) gave these three main characters direction and purpose in their lives whilst giving them the opportunity to confront past demons and begin their journey of healing.

With fantastic supporting performances from AnÃ©mone as Vincentâ€™s scene-stealing and domineering mother, Sara Giraudeau and Camille Rutherford as Audeâ€™s bumbling best friends and Philippe Rebbot as Audeâ€™s roommate, a man trying to make money by training a dog to act like a lion; Rosalie Blum was full of wonderful moments. Moments that left tears in your eyes from laughter, that made you feel better about yourself for not being as awkward as the characters depicted and that gave appreciation for the picturesque French landscape.

International And Domestic Writers And Creatives Converge At Contact2016 In Brisbane