The sum of a tradition - an interview with Ryan Francesconi

Ryan Francesconi is the best musician you’ve been listening to, but you might never have heard of.

The Portland-based multi-instumentalist touched down in Australia a few days ago alongside internationally renowned folk-harpist sprite Joanna Newsom, touring her new album Divers. The two are longtime musical cronies, with Francesconi becoming a member of theÂ Ys Street BandÂ during Newsom’s rise to recognition in 2007, and acting as musical director for her 2010 album Have One on Me.

Francesconi is arguably the most impressive musician I’d been listening to for years but never knew existed, taking inspiration from Balkan folk, American bluegrass, Baroque and jazz to lay down the foundations for the lavish instrumentals and the gypsy-band feel of Have One on Me. Besides his masterful work on acoustic guitar (Newsom says he’s “awe-inspiring”), he’s been known to pluck at the tambura (long-necked mandolin) and play the kaval (traditional Balkan shepherds flute). He released an acoustic solo album, Parables, in 2010.

He’s recently paired up with Alela Diane’s delicate vocals for the record Cold Moon, as well as creating The Road to Palios with partner Mirabai Peart, capturing the couple’s real-life journey to the Greek island of Lesvos.

We caught him online just after a stellar Melbourne show.

TCI: Your discography’s lush with musical collaborations – most recently Cold Moon with Alela Diane – what do you look for in a co-conspirator? (Or how did they seek you out?)

Ryan Francesconi: Sometimes the best way to spend time with your musician friends is to collaborate on something together. It seems most music projects I’m involved with come about as friendships first and music after.Â  Ideally the collaboration is complementary where the sum of the contributions are greater than each of us could do alone. For example I’m a terrible singer, so working with vocalists is really fun.

TCI: Do you feel composing and performing with a counterpart brings out something different in you?

RF: It definitely does. In the case of working with singers such as Alela, it enabled me to write incomplete music. Songs that leave space intentionally. I find it very easy to write music like this, and due to the ease, it’s very enjoyable as well. I feel the best use of my skills in this way is to establish a feeling and emotional foundation then pass it on to be filled in. Also, in collaboration, you don’t hold as tight to something, and often that makes it more fluid to create.

TCI: You’re known as a musical powerhouse across a range of instruments and styles, and for your Balkan-inspired folk music – where were you on your musical journey when you discovered it?

RF: I started playing some folk tunes from Macedonia when I was 18 or 19 during my first year in College. The music was appealing to me on many levels as some musics can be heady without heart, or heart without skill. But, folk music in general has more power, and a more integrated energy. The sum of a tradition will give rise to a more powerful music than can be created by one person.

TCI: What sort of musician did you want to be growing up?

RF: When I was younger than 18 I was very focused on the guitar. First punk, then metal, then blues, then classical, then jazz. I grew up in a small California town before the internet. There was so little information or ways to hear new music. When I got to college, I spent 6 months in the library just listening to LPs and looking at scores. (Still no internet) Once I realized how musically naive I was, I dove very intensely into educating myself. So in short… I wanted to be a heavy metal shredder then a modern classical composer. I guess the meeting point between those things is basically Bulgarian folk music — which ended up as one of my specialties.

TCI: You’ve chosen Portland as home base for now, when you’re not on tour – what makes Portland suited to you?

RF: The water, the air, the mountains, the cycling community, the organic aesthetic and the types of people that attracts. Bigger cities would be a challenge for me on a few levels, so Portland enables my healthy life while still being able to tour and be involved. If it wasn’t for those things, I would move farther out. But — I don’t drive, so I need to be in cycling range of things. 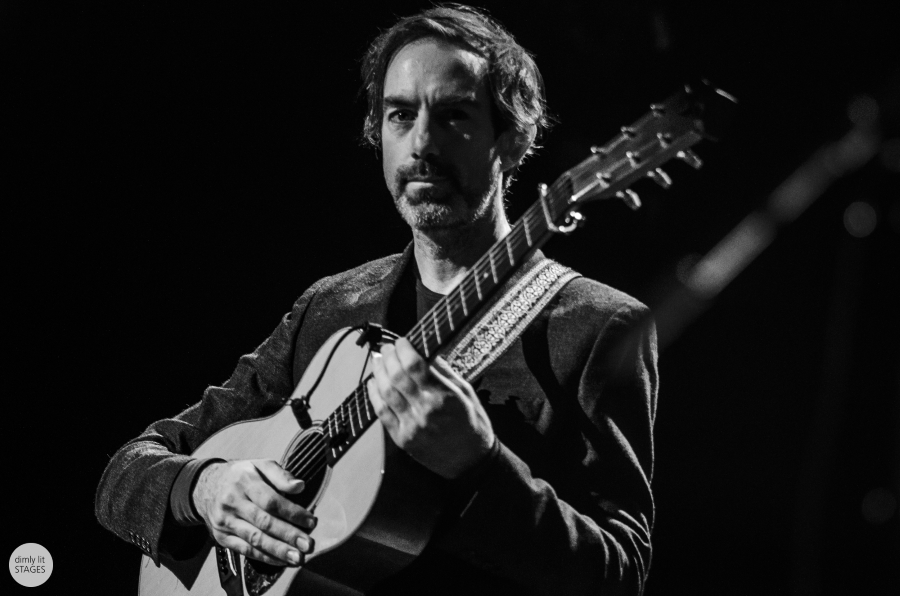 TCI: Your tourmate and co-collaborator Joanna Newsom is famously critical of streaming service Spotify, calling it “the banana’ of the music industry in a recent interview – do you think there’s a sustainable future for artists through services such as these?

RF: I don’t – not really. Not in the form that they are using currently. I’ve never used Spotify myself, so I’m not clear how it works at the moment.Â  I’m not very optimistic about there being a music industry to support musicians such as myself looking forward. People don’t value things that are free. This is a sad truth.

I occasionally have a career, but it’s certainly not a stable one. This gives me the chance to make music without much hope of breaking even. That said – the last few years have certainly discouraged me from making new records.

TCI: What projects are next for you after the tour?

RF: I have an idea for some new music that I would like to write. I suppose it will take the shape of a record. Something more in the classical genre than what I’ve done yet. It will be peaceful music and terribly unhip. I assume.

Beyond that, I will be somewhere in the hills of Oregon. The summers are lovely there.

Baby with the Bathwater Throws Convention Out the Window