Brissy musician Samuel Geddes is no stranger to the Brisbane arts scene. He’s well known around the neighbourhood haunts as the powerhouse vocalist of local outfit Screwjacks, but 2018 has seen the birth of his new solo project, Sammm. The promise from the singer/songwriter is to “navigate listeners through his experiences of heartbreak, addiction and growing up, with raw and enticing guitar-driven tunes”. We caught up with him to talk about the launch of his new EP, Mandarin Season.

TCI: Lets start with an easy one – How long have you been playing?

Samuel: Probably about twelve years. Off and on. But I picked up a guitar for the first time when I was ten or eleven.

What made you pick up the guitar, what got you started?

Mexican exchange students who used to live in our house, actually. They gave me my first lessons and then I had some lessons from a Japanese exchange student as well, she was awesome. But then I started listening to bands like At The Drive In, early Metallica, Papa Roach and all of that juicy 2005/2006 kind of alternative music that was going on at the time and I started playing from there.

You mentioned a few of your earlier influences there – If you could have one artist listen to the EP who would you pick?

Probably Jonathan Richmond from the Modern Lovers. I didn’t realise until after it was composed, but the chord structure on the single ‘Kid’ are very similar to that of the Modern Lovers song ‘Hospitable’ – which was the first song that I really got into by that band, and it kind of subliminally worked its way in to my work, so I’d like him to listen to it.

Now that we’re on the topic, can you tell me about Mandarin Season?

So the new EP was closely modelled around the five stages of Grief. Each track was meant to capture a different feeling, a different mood. The five songs correspond, in order, to the stages of denial, anger, bargaining, depression and acceptance. It was that, melted in with the withdrawals from a very severe substance habit, that modelled the EP. This album was pretty intense. I’ve got a very strong emotional attachment to it. My purpose for writing it was to create a time capsule of my life and feelings at that moment, which was almost a year ago to the day, when we went and recorded these songs, and I think I’ve succeeded in that.

Tell me a little more about where your headspace was when you were writing the album?

It was very all over the place, man. It was like looking at a photo that was completely out of focus. I was dealing with very strong feelings of depression and anxiety due to the withdrawal of heavy substance abuse, and also the uncertainty of what I was going to do with myself after ending a relationship that had been an integral part of my life for four years. When I started writing the songs it felt like they were all directed outwards – at her – but then it quickly became apparent I was more yelling at myself. 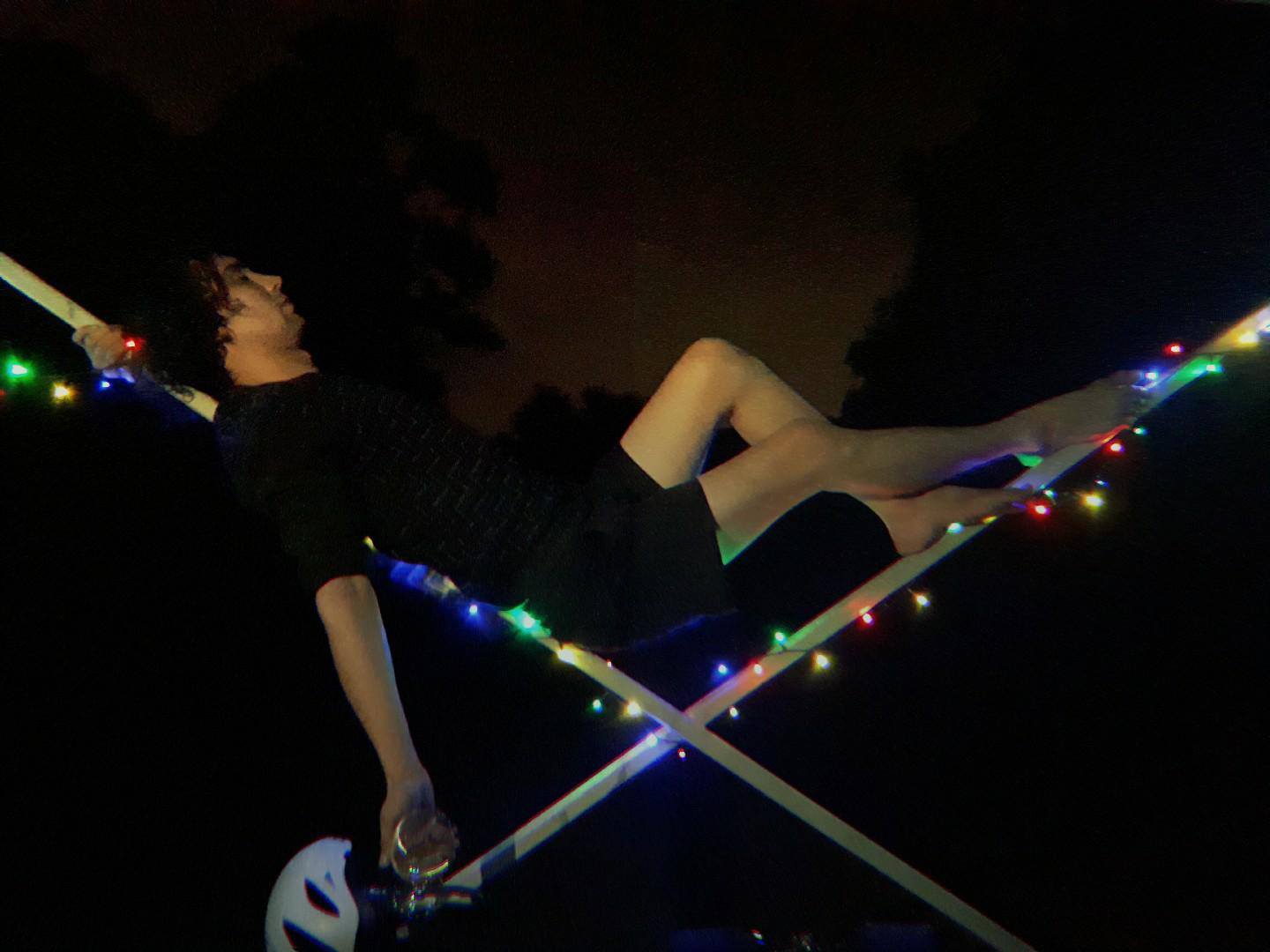 How have things gone for you since that time?

On the up! I think I’m the best that I’ve been for quite a long time now. I had a pretty dark decade of my life, and things are definitely at the brightest they’ve been. I also feel like I’m starting to gain a little bit more momentum with my career and my music, which has made me want to keep working a little bit harder.

Do you think your music will reflect that?

I think it will. Definitely in the new material that I’ve been writing.

When will we get a look at that?

My goals and my plans at the moment after this EP is definitely working with my band Screwjacks – we’re going to release an EP by the end of the year, just in time for Summer. That’s going to be my main focus. I never stop creating music for myself though. So it could come out in a month, it could come out in a year. The material is there though.

Last question. Why is it called Mandarin Season?

That’s the best question! Number one, it’s my favourite fruit. Mandarin season is the only time of year I actually eat fruit actively and store it. The start of mandarin season is great, because in Brisbane it starts to get a little cooler, and the skies get a bit more grey, and you’ve got these awesome Imperial Mandarins coming into market. Towards the end of the season the Murcott Mandarins and a few other varieties come in and they’re all tart and sour, but the imperial ones man. They’re fantastic.
It’s also the time of year that things always seem to happen for me, good and bad, and the EP is heavily attached to that. The name has sentimental value in regards to the content of the work. I find it very positive. People think that I’m joking, but I’ve been taking mandarins around with me every time that I go to an interview, or promoting my shows. There’s going to be bowls of mandarins at the show.

In case you hadn’t guessed, it’s Mandarin Season now. To get a taste of those sweet Imperials, you can catch the Mandarin Season EP Launch tonight! To keep up to date with Sammm, you can check out him and his band here and here.

More Info: $5 cash at the door, supports to be announced.