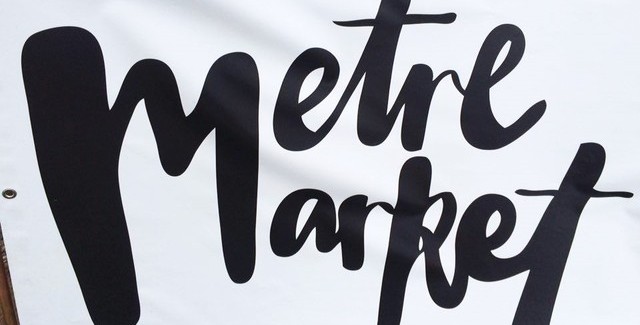 Hold onto your jar salads and venti soy lattes – the Morningside Metre Markets are here. The market is a perfect blend of fashion, music, food and art.Â  The event resembles a jumble sale with locals putting their wardrobe on display in an attempt to clear out some clutter.

Organisers Sarah Malengret, 23, and Chloe Maguire, 24, said they started the market after many failed attempts to sell their second hand clothes. 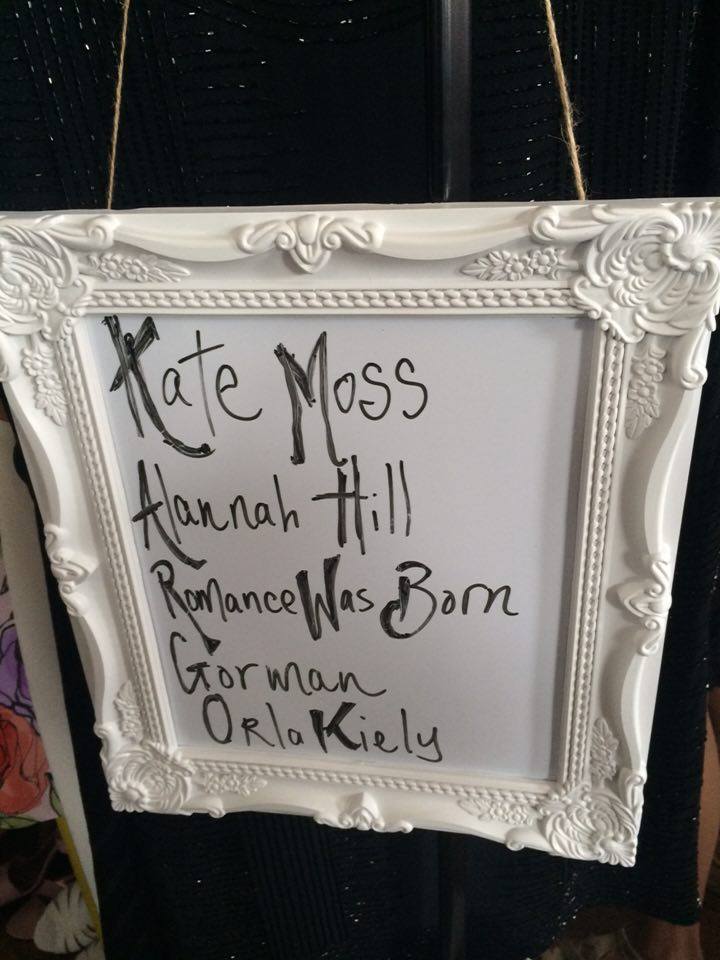 â€œWe just needed something in Brisbane that was a fuss free, cheap and easy way to clear out your cupboard,â€ said Sarah.Â Both working full time, the girls found the organising the first market a bit of a juggling act.Â â€œI think for the first one itâ€™s been a little bit manic but second time round weâ€™re kind of set up.”

In addition to those selling their second hand goods, the market also invites local businesses to show off their talents. The Creative Issue caught up with a few of the vendors. 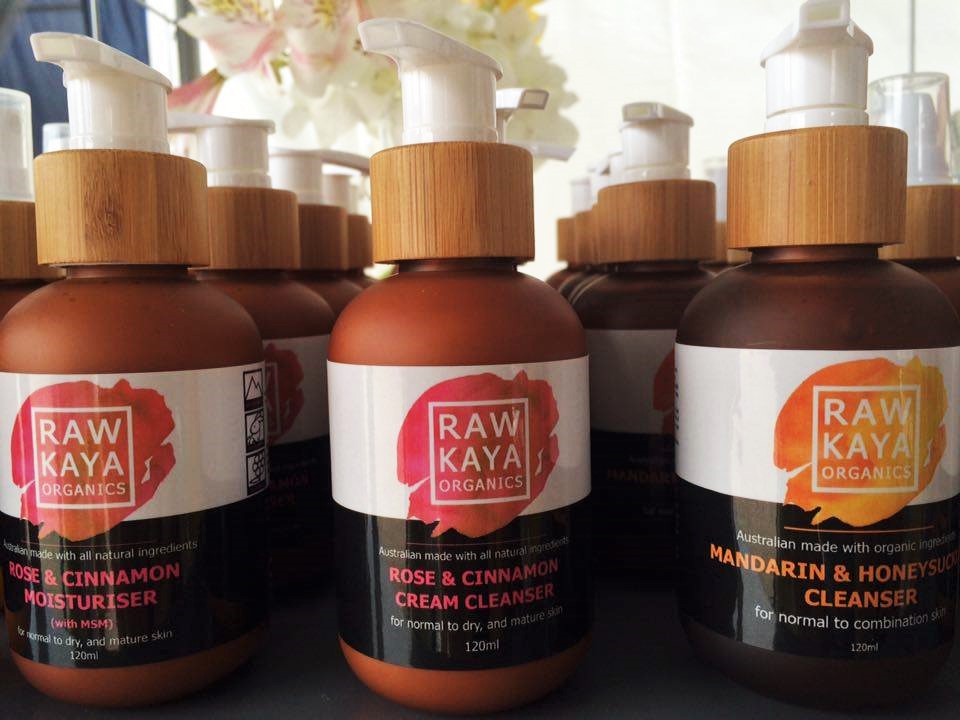 Raw Kaya Organics is a skincare range that boasts all-organic all-natural products. Ebony Greeves, a member of the team, says the brand donates 10% of its profits to environmental projects around the world. The company currently donates to Ocean Force Foundation inÂ Mexico, which is about to embark on a sailing expedition from Southern California through to South America.

â€œWhat theyâ€™re doing is cleaning up the beaches and the oceans, and educating all the locals about ocean pollution and how they can help save the wildlife,â€ said Ebony.

â€œWe wanted a product that is environmentally friendly and sustainable so we wanted to partner with organisations that are very much in line with our own ethos.â€ 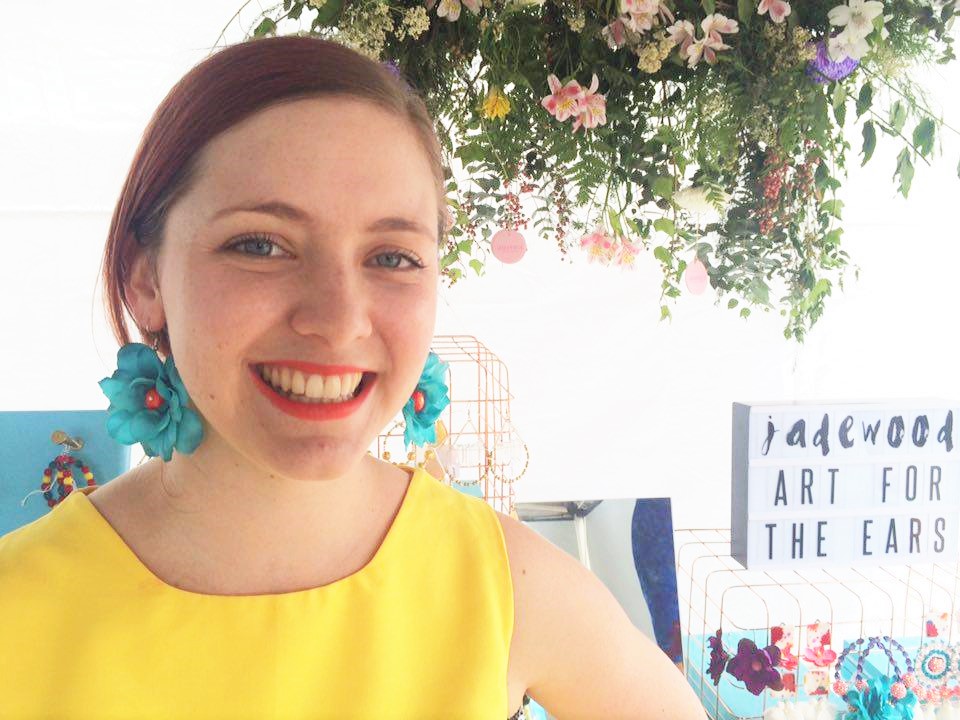 Meet Tahlee Woodland, the creative genius behind Jadewood Designs. Tahlee sells both clothing and jewellery, and spends hours designing and making each product by hand. SheÂ describes her taste asÂ loud and colourful. Â â€œI just donâ€™t like to be boringâ€¦I like to have fun with things,â€ said Tahlee.

The brand often collaborates with local artists to keep the products unique and fresh.Â For the fabric in her recent collection she worked with Gold Coast artist Lauren Young. 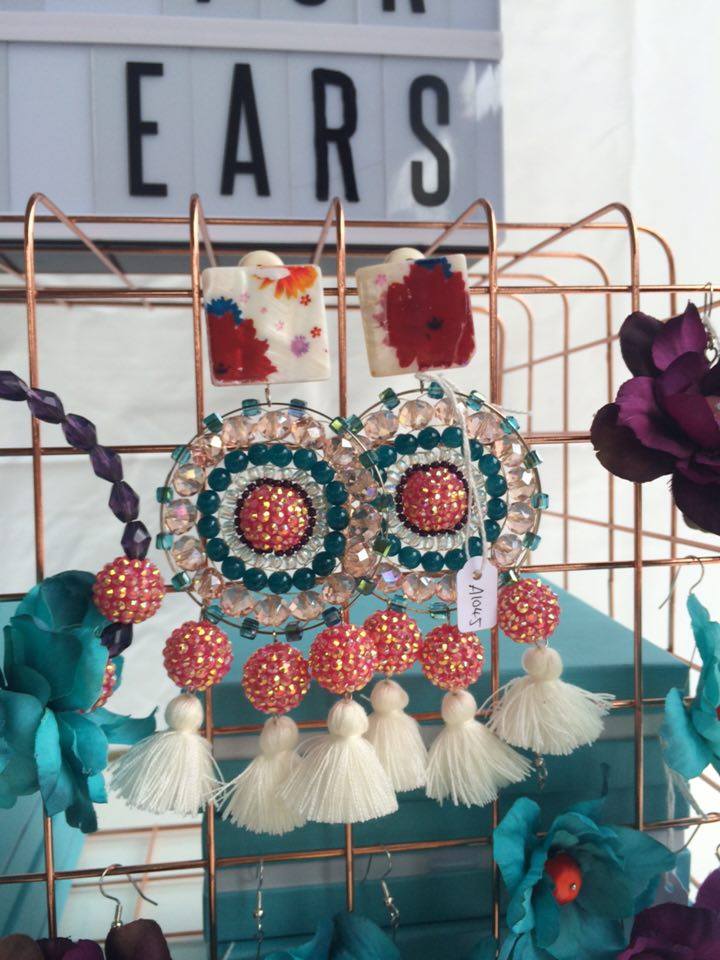 After creating for two years, sheÂ describes how she discovered her talent as a bit of an accident. â€œI made a pair of earrings for my friends birthday and she loved themâ€¦and said ‘you need to make more of these,’ so thatâ€™s pretty much how I startedâ€. 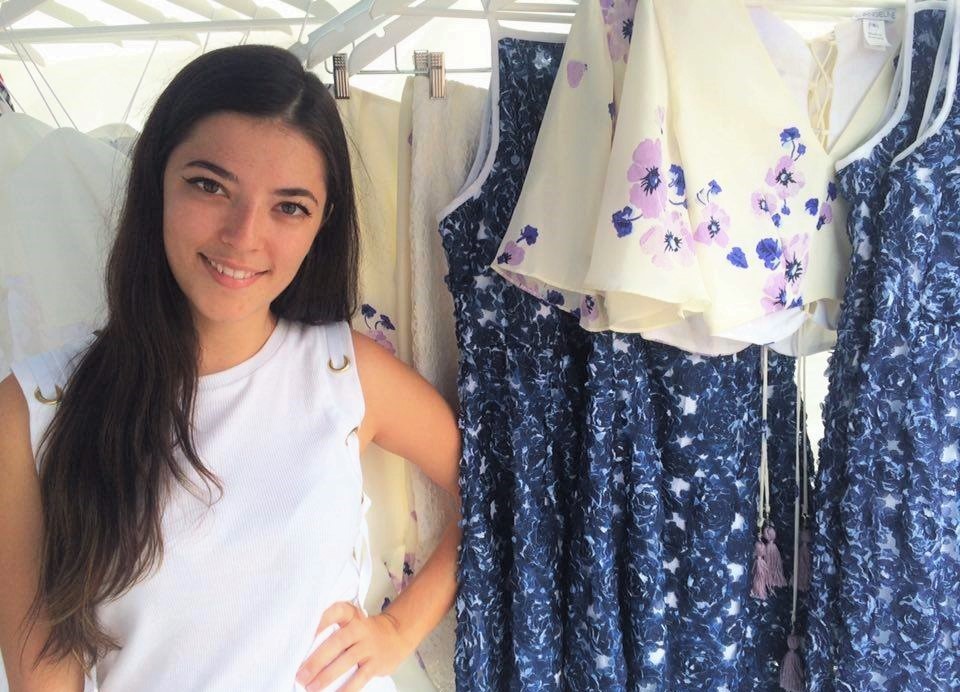 Zoe Rathgeber is the ultimate 21st century girl. In the space of three years Zoe has moved from Canada, completed her diploma and launched her own fashion label â€“ truly inspirational stuff. The young entrepreneur does it all as she designs, grades and sews all the products herself.

Starting just over eight months ago, Zoe describes running her business as a gradual learning process.â€œIâ€™m learning a lot about who my target market isâ€¦it ranges so much – I had a 10-year-old come in this morningâ€¦and my mum who is 55 and she wears the stuff as well,â€ said Zoe. 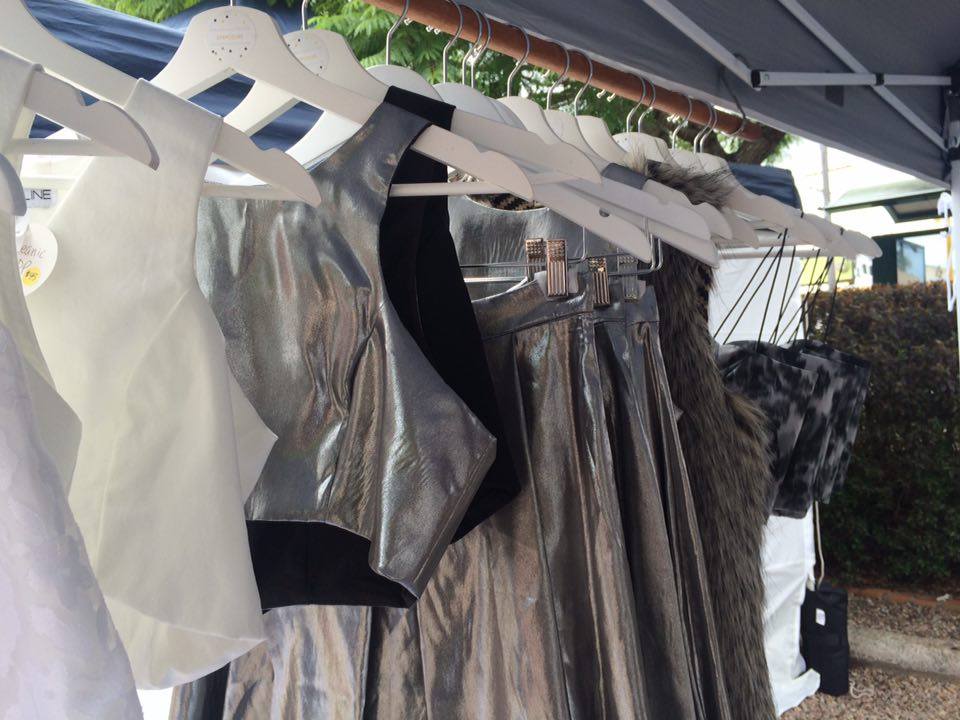 â€œThe majority of my stuff I like to keep very feminine and very classic.”

Evangeline is available online and custom fittings are also an option if customers want a little something extra. 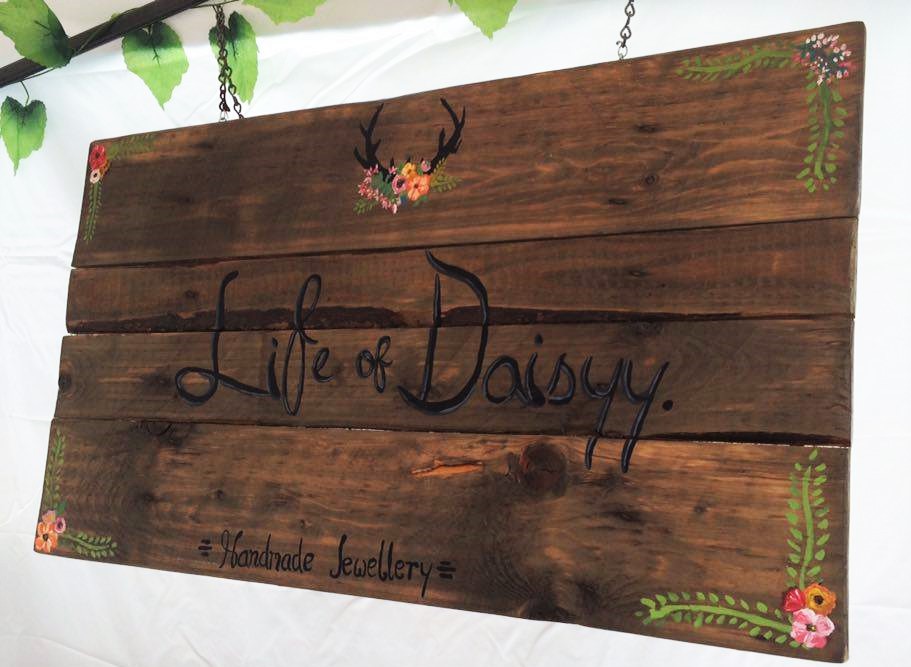 Renae White has talent for making little things in little jars. Her origami necklaces are something else – Â passersby will often stop wondering how she did it. The secret, apparently, is tweezers. â€œYou do need to use tweezers because they are so smallâ€¦essentially itâ€™s just a lot of folding,â€ said Renae.

When not at the Metre Markets shoppers can locate Renee at the Vindie Markets in West End. 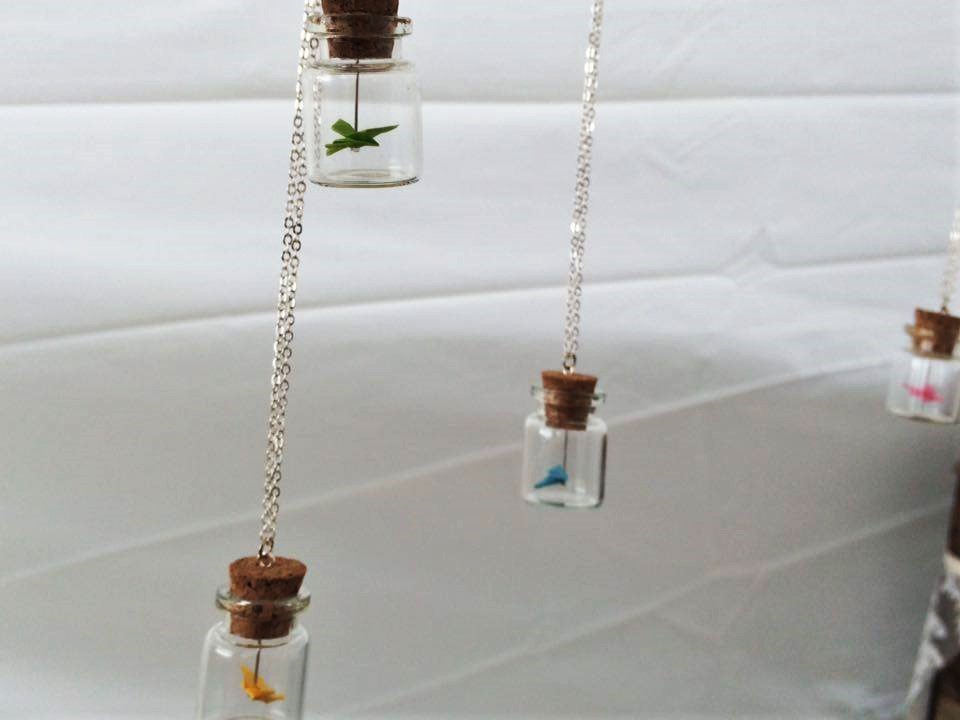 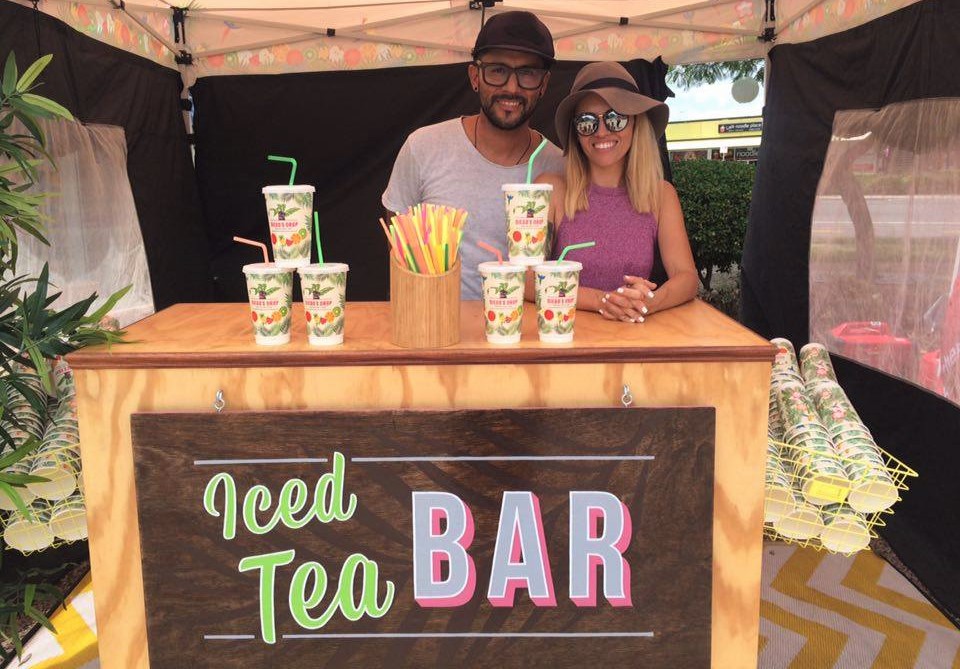 No market would be complete without refreshments – Diegoâ€™s Drop boasts locally brewed ice teas which are perfect to sip on while browsing.

â€œWe just wanted to do something cool and tropical and make people happy,â€ said Eliah.

The two named their company after their adorable pug Diego who can be seen smiling on their colourful cups.

Find the Metre Market online or like it on FacebookÂ

The dates for the next market will announced on it’s website.

Pompoms and Apologies: An Interview with Rachel Burke