The Scandinavian Film Festival: As It Is In Heaven Sequel 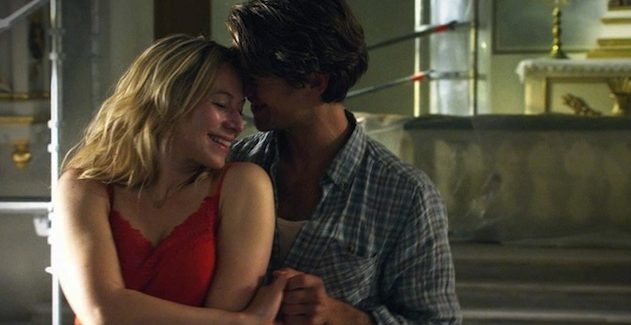 Brisbaneâ€™s Scandinavian Film Festival started in full force this week with a stroke of humour on opening night with Norwegian release, Welcome To Norway. However it was the long awaited sequel to the critically acclaimed and internationally beloved film, As It Is In Heaven that screened the following night to the delight of Brisbane fans.

As It Is In Heaven 2: Heaven On Earth follows the next chapter for Lena (Frida Hallgren) who struggles with small town prejudices succeeding the events of its prequel, including the death of Lenaâ€™s love interest, Daniel Dareus (Michael Nyqvist). Heaven On Earth brings similar warmth to the first as Lena takes on motherhood, an alcoholic vicar and a town whose spirit teeters on the verge of dissolution. While her music and passion bring people back to the church with joy, it also rouses a growing uneasiness in the villagers and religious community.

Heaven on EarthÂ is a beautiful rendition of life in small town Sweden and while it is a sequel, it stands wonderfully on its own two feet with both a heart-warming and life-affirming story. Kay Pollock has more than managed to recreate the magic and that unique sense of hilarity in his this beloved Swedish film.

The Scandinavian Film Festival is adorned with not only prodigious foreign films but also guests, such as Norwegian and Heaven on Earth star Jakob Oftebro.Â Jakob works across the Scandinavian film industries and gave his insight into the differences between the involved countriesâ€™ creative and production processes.

â€œThe Swedish, Norwegian and Danish film industries are similar to work in, although I would say the Danes are bit more fun, the Swedes are a bit more strict and the Norwegians are a bit more naÃ¯ve.â€

Jakob is following the film festival around Australia and says he canâ€™t believe the positive response for the event so far in Brisbane.

â€œItâ€™s difficult sometimes to get people to see Swedish films, or Danish or Finnish when competing with the big blockbusters, so its very touching that our film can be seen here is Australia with such interest, especially when its in another language.â€

The Scandinavian Film Festival is now in full swing with Finnish film The Fencer winner of Best Film at Finlandâ€™s 2016 Jussi Awards, and Danish film Gold Coast, also featuring Jakob Oftebro and inspired by a true story that follows a young intrepid who travels to Guinea (modern Southeast Ghana) and establishes a commercial coffee plantation.

Now is the best time to see these uniquely humorous and thought provoking films from Scandinavia.

Take a look at As it is in Heaven 2: Heaven On Earth