Two years since the release of their EP She Draws The Heart Out Of My Love, Scarlet Kill have released a single with a different sound. This trio of brothers teamed up with ARIA-nominated producer Stuart Stuart best known for his work with Sheppard on their debut album and more recently ‘Coming Home’. To celebrate the new single, they’re heading on tour starting in Brisbane this Friday. We spoke to Will about the single and the accompanying tour.

We asked Will how their different sound has been received. “We were doing mainly guitar-driven, drum-driven songs that could probably be defined as pop-punk. But when we recorded with Stuart Stuart, we wanted to mix up our sound and do something that we related to more musically. We were worried about how our fans would receive it but so far everyone seems to be really enjoying it and quite accepting of the new sound.” 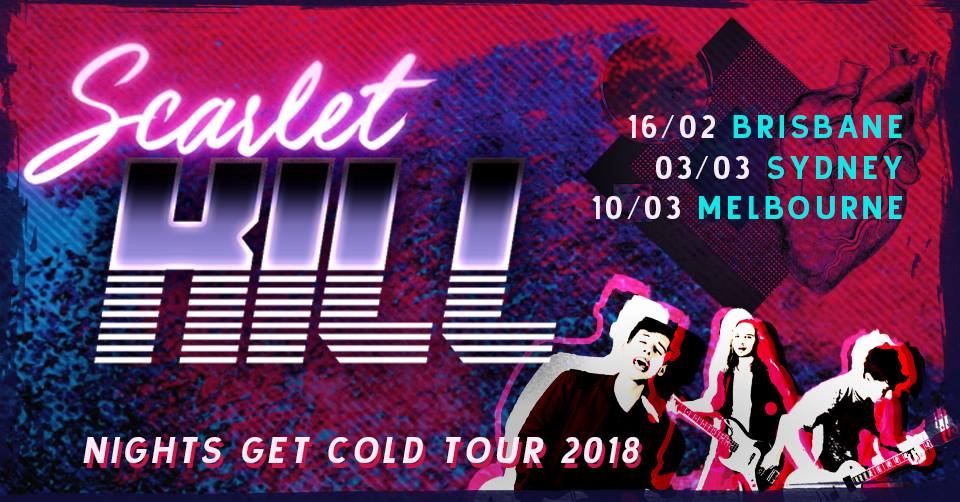 Stuart Stuart, best known for his work with Sheppard, is an interesting choice of producer considering the different genres. “We really wanted to produce a super high quality single so we had a look around at what producers were the best in the business in our area and Stuart was the name that kept popping up. It definitely proved to be a good choice for us because he was really good to work with. [He’s] a really smart dude. He did such a good job on our single.”

There are many bands made up of family members that have famously imploded such as Kings of Leon or Oasis. We asked Will if that was considered before they started a band. “We’re all so close and we get along so well. It only came up as an issue when other people brought it up. We think we get along better because we’re brothers. We know each other’s schedule and we know how each other thinks. We don’t seem to have too many arguments which I guess is props to our mum for bringing us up as she did. We can bring up things that maybe you wouldn’t bring up if you were just in a band with some mates. I think you can work through problems a little bit more honestly and quickly rather than stepping around the edge of sensitive issues.” 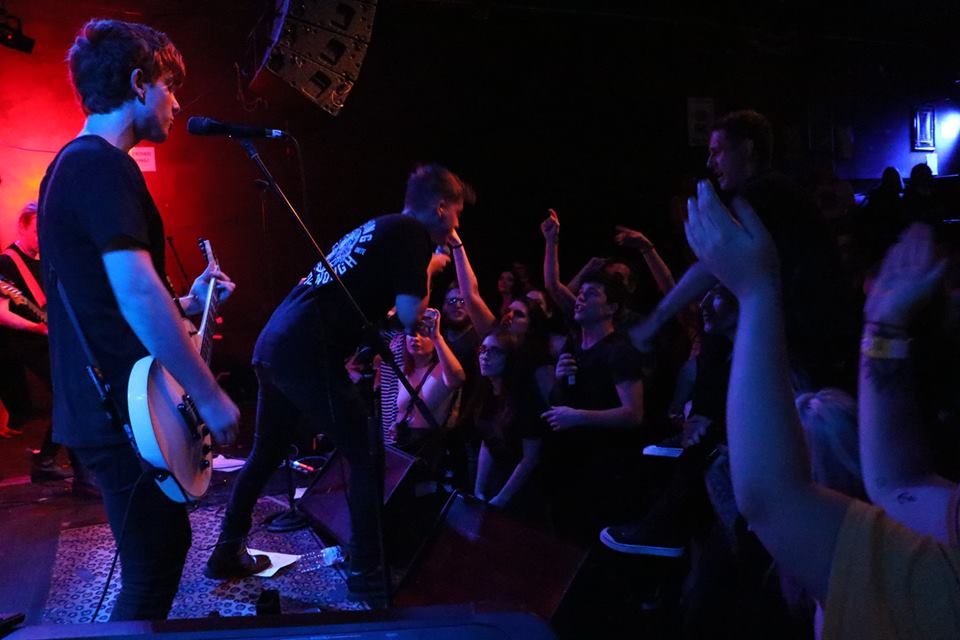 Online presence is huge for any band at the moment but Scarlet Kill is crushing the game with their social media presence. “Over the past couple of years we’ve really stepped up our game with making sure we’re connecting with our fans. We think that’s something that’s really important at this stage. With the artists that we love, we know we’d love to be able to connect with them and it seems like our fans really enjoy it. We started doing Q&A videos recently so that they can get to know us a little bit more rather than having music videos to base our personalities off.”

Scarlet Kill has supported some great bands such as British India, Never Shout Never and I Set My Friends On Fire and are ready to head back on the road doing their own headline shows. “It’s always fun to perform with those other bands but the crowds not exactly there for you most of the time. When you’re doing your own show, to have a majority of the crowd singing the lyrics along with your song is something that we love and think that’s really cool. They have more of a connection with you and if they have more of a connection with you there’s more energy and makes for a better show overall. We’ve been jamming and making sure we’re back up to scratch when it comes to performing live. We’ve got a new set list ready to go and ‘Nights Get Cold’ is sounding really good so we can’t wait to perform that live.”

They’ve got another single lined up for the end of the year but unfortunately no EP or album in sight at the moment. You can grab tickets to their show this Friday here and follow them on Facebook here.

Bringing the House Down with CLOVES

Aurelia on her Latest single, Chest