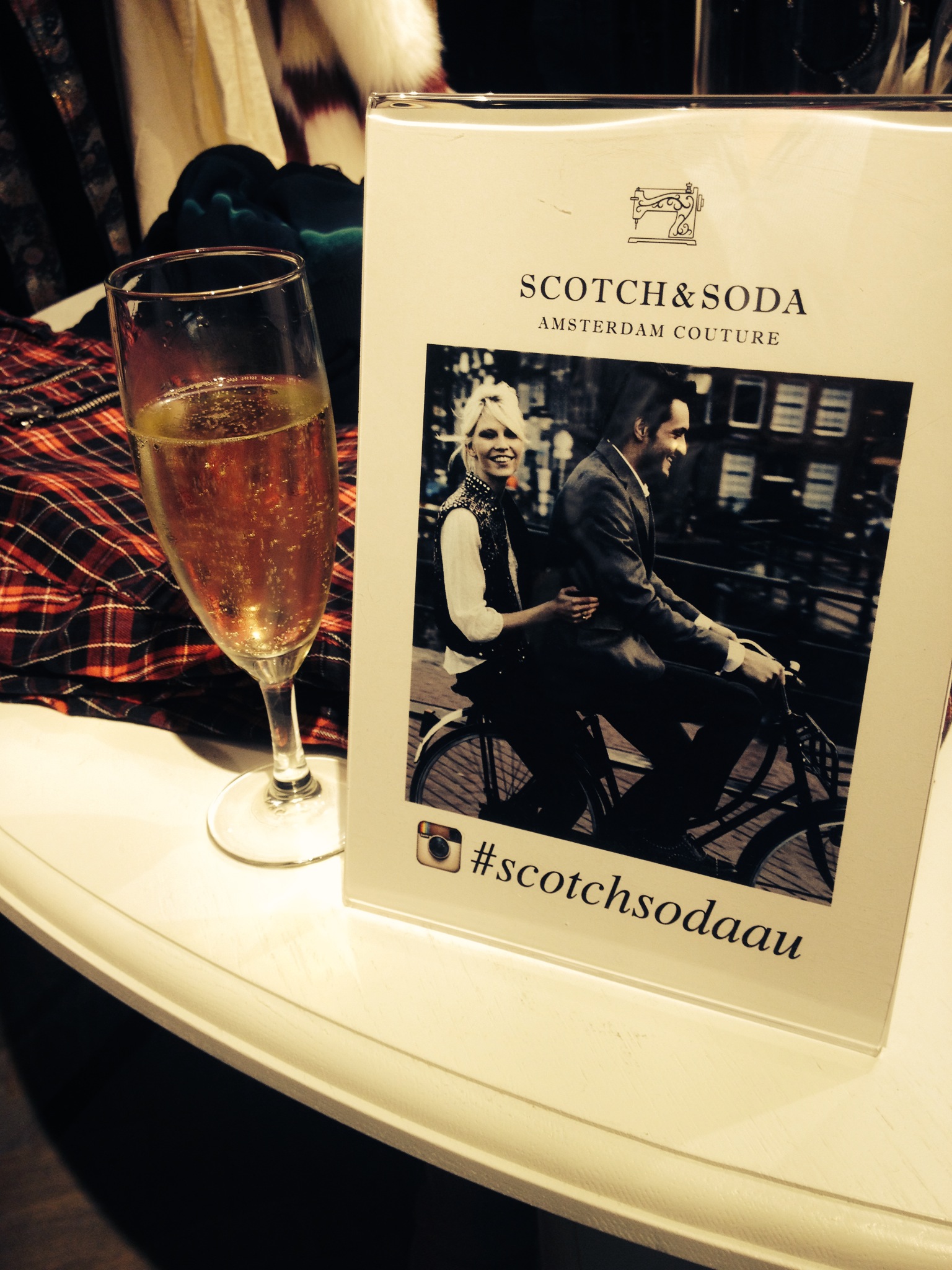 Last week, Amsterdam-based fashion company Scotch & Soda opened its doors to the brand new flagship store right in the heart of the Brisbane CBD, and we were lucky enough to get a sneak peek.

The event itself was something to behold, with glasses of MoÃ«t & Chandon Gold, delicious food, a bar, a DJ set with live music, an opportunity to pose with the iconic Scotch & Soda bike, and even a few famous faces here and there. But let’s focus on the clothes.

We were treated to a mini fashion show after around fifteen minutes of being able to peruse the collection displayed throughout the store. The models walked down the middle aisle of the store before stopping for a few quick poses (everyone had their cameras out to capture the moment – myself included!) showing off a variety of pieces.

The majority of the show displayed the winter collection, straight from Amsterdam, and it was split into four themes: “travel to Morocco, scenes from the Orient and street style of New York and Paris.” 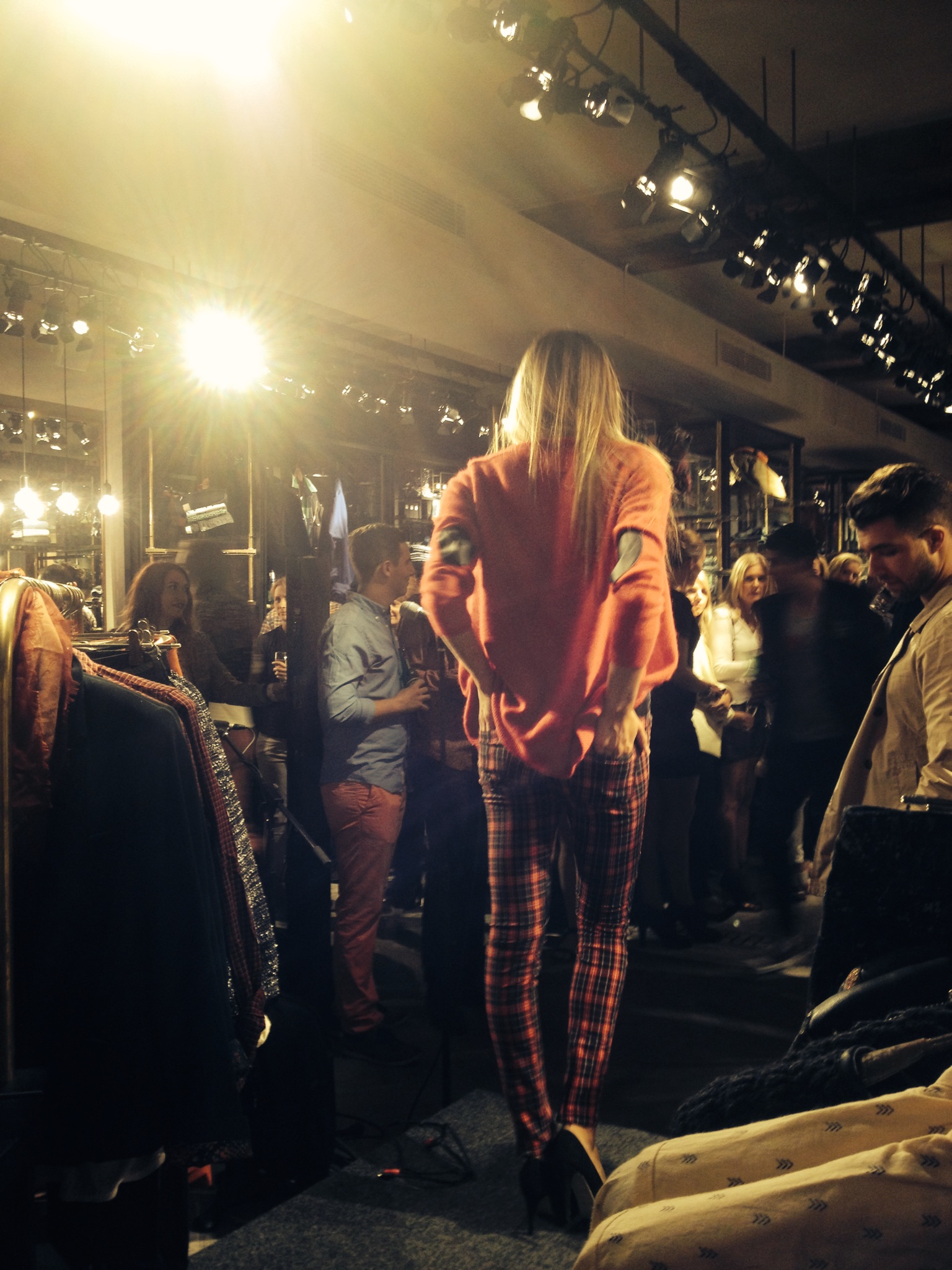 A look from the Autumn/Winter collection. Image by Amy.

Personal favourites of mine were the tartan biker pantsÂ and the cobalt parka (which I tried on and fell in love with, dreamy sigh). A lot of the outfits from the show can also be seen here: women’s lookbook, men’s lookbook.

Peter McWhirter,Â Australian Director of Scotch & Soda,Â told us we had seen “an entrÃ©e to the autumn/winter collection, highlights of the spring/summer collection, and a preview of the new line.”Â He also said that Scotch & Soda had very strong brand loyalty worldwide because of its exceptional quality and unique style.

It’s quite clear this is true locally as well, with the new store being the fifth to open in Australia over the past few years.Â Scotch & Soda has been available in Brisbane for over a year, with the Carindale location celebrating its first birthday just last month, but the new flagship store promises to bring in even more of the aforementioned loyal customers.

Be sure to have a look for yourself, visit Scotch & Soda at 201 Elizabeth Street, directly opposite the Hilton Hotel, or check out their website here:Â scotch-soda.com.au. ClickÂ here if you are interested in more photos of the event. 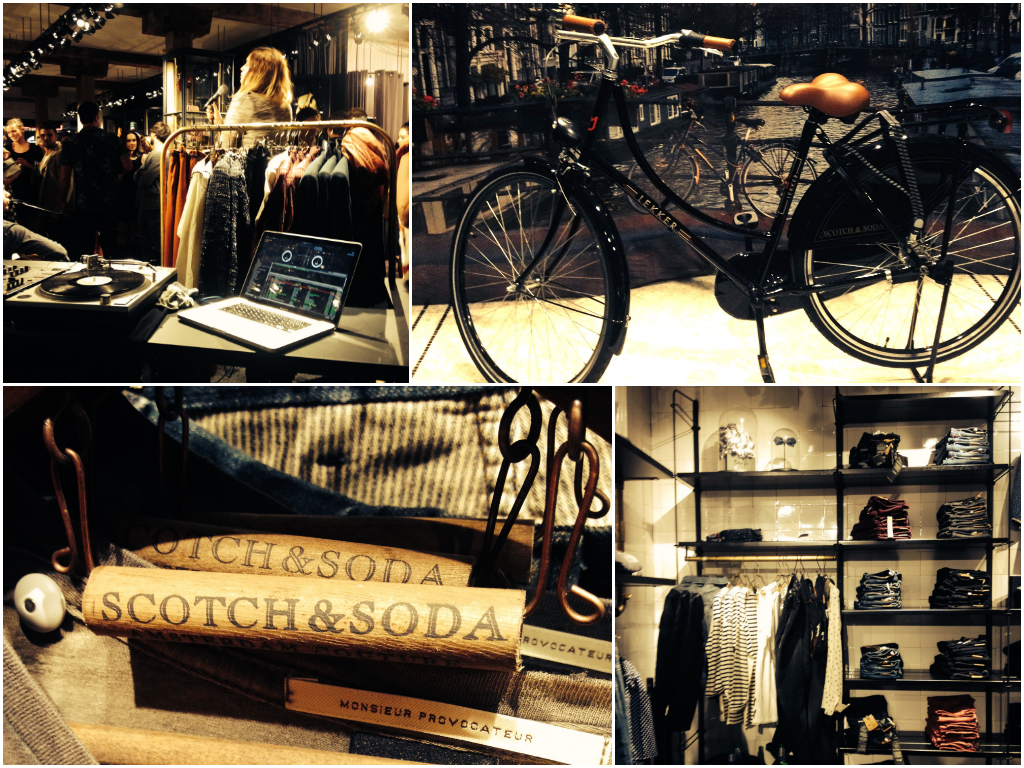 Highlights from the launch. Images by Amy.