TCI caught up with Darcy Dexter, vocalist and guitarist from Byron Bay four-piece, Seaside, for a chat about the band’s origin, their latest single ‘Sycamore’ and her experience touring.

It’s been a busy two years for Seaside. With two EPs under their belt, the band have become a festival fixture and recently toured the country with Perth outfit Good Doogs. Their most recent single, ‘Sycamore’, is an upbeat ode to self-love and overcoming anxiety that signals a maturation of Seaside’s sound.

The Creative Isse: Who is Seaside and how did you guys form?

Darcy Dexter: Seaside is myself, Chris Mellross [drums], Tom Ketelaars [bass] and Josh O’Neill Hammer [guitar], but he’s more commonly known as ‘Froggy’. To be honest after he joined for a little while I didn’t know his real name and I’ve known him since I was a kid. Tom and I have been friends for about ten years, and Chris and I have been dating for six this year. We all had this love for music and came from musical backgrounds and decided that we should start a band and do what we really love. We’re friends at the same time which I think is the most important part of it all.

TCI: Did you guys all have musical ambitions when you decided to start a band?

DD: I came from like an acoustic background where I’d only ever written and sung songs on my own. I was always a little bit hesitant to do it more professionally just because I was a bit scared. Having the boys around me and having that encouragement pushed me in the right direction. I definitely needed to do it in a band atmosphere. You do kind of bounce off one another and you share your excitement and you tour together. It’s more encouraging for me to want to get up on stage and stand in front of people because I know I have them by my side.

TCI: Can you give us a bit of a rundown about what your new single ‘Sycamore’ is about?

DD: I remember sitting on the lounge with Chris one day and we were watching a video on weird guitar chords. We stumbled on this chord while we were messing around and it grew into this song. At the time I was starting to struggle with really bad social anxiety, so I was finding myself getting really overwhelmed in situations and having to actually go home. I’d never really experienced anything like that before. I was struggling with that and not really knowing how to vocalise that to even Chris. I didn’t even know how to be like, “I feel like all these people here don’t like me and I feel like I’m being too loud”, or “I feel like I’m being annoying”. It was just this really kind of horrible, overwhelming anxiety that I was getting everywhere. I wanted to be able to articulate that into a song and track the development.

I knew that it was going to take a little bit of self-love and self-appreciation, and it was definitely going to start from within. I wanted to write a song about that journey. Now I still get anxious in situations and second guess myself a lot, but if you concentrate on giving yourself a little bit of love, encouragement and a boost here and there it’s something that you can slowly start to overcome. I think ‘Sycamore’ was my best way of metaphorically articulating that feeling. 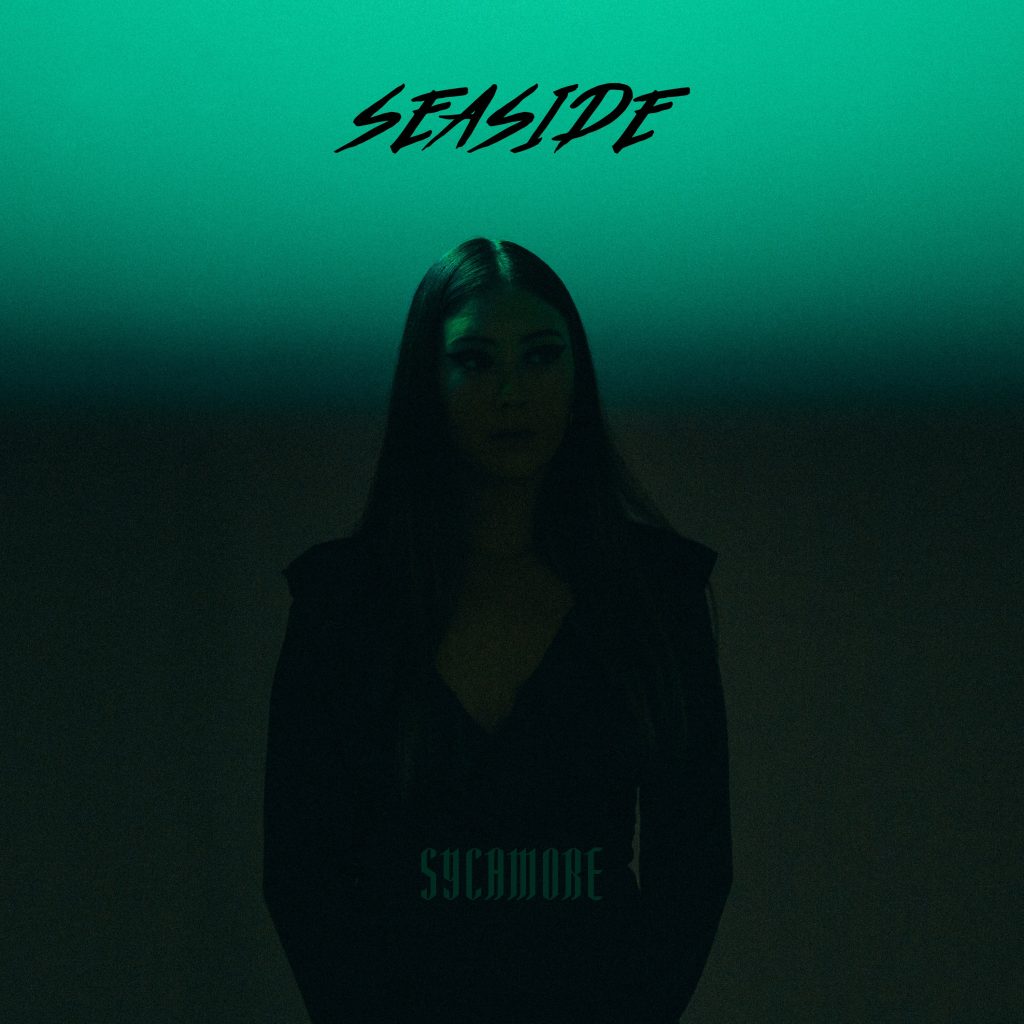 TCI: What’s the meaning behind the symbol, or the metaphor, of the sycamore?

DD: I read a lot of strange things on the internet, and I read dictionaries and thesauruses. I kind of try and learn about as much as I can. Even the most random things can sometimes make a beautiful song or lyric. The sycamore tree is one of the oldest trees in history. I think back in the day of early language it was called a “sycamore” because from the outside it looked sick and, on the inside, it was actually one of the strongest and most resilient trees.

I really wanted to name it and write about the strength that is symbolic of that tree because… For me I was always internally working on ways to try and help myself. I never wanted to go to someone else and be like, “hey I’m feeling this way or this way” and I just always wanted to kind of concentrate on really kind of building myself back up from the inside out and I think that’s exactly what the sycamore does.

TCI: Is it difficult to try and convey that personal sentiment into a pop song?

DD: I think it was a little bit, but we never wanted to write a really sad song. I wanted it to be an overcoming of that feeling so that when people listened to it, it had a happy chorus and it was a little bit empowering for anybody that was struggling with something like that. I wanted it to be a happier song with a slightly deeper meaning so that it whoever wanted to resonate with it could. I think hopefully we did that.

TCI: I noticed you guys have worked with a few different producers and different people in the studio over the past couple of years. Is there a particular grounding for the kind of sound you aim for?

DD: Seaside is kind of ever-changing. For the first time in two years we’ve got a very clear and distinct path of what we want the band to sound like. I think it was a bit of a mixture of getting to know each other on a musical level and obviously trying to incorporate all of our backgrounds into our music. One day I was like, “You know what? I love new wave and post punk and I love all of these genres and I find our songs we sometimes sound like that but we miss the mark a little bit” and the boys were like “well they’re our favourite genres too”.

Moving forward I think our sound is developing more into a sort of late 80’s early 90’s kind of new wave, but we want to incorporate my voice, Chris’ drumming techniques and the way that Tom and Froggy write into all of it. I think working with different producers has helped us because you get a little bit of everybody’s world and you can take away whatever you need from that and use that as a strength toward the band. I’ve probably learnt more in the past year than ever in my life musically. I’m super thankful and grateful to everybody and everyone that has given us advice.

TCI: Do you feel that playing Splendour in the Grass was a turning point for you musically?

DD: I think that the fact Triple J give unsigned bands the opportunity to play one of Australia’s biggest festivals is enough to make you look at yourself and be like, “I’m so damn proud of what we’re doing”. I think that was a massive turning point for us. I think that encouragement from Triple J and Triple J Unearthed is a massive push in the right direction for anybody. I’m forever grateful for that.

TCI: And I know you guys did a single launch at The Northern on Saturday…

TCI: What’s it like returning from touring to play a hometown show?

DD: It’s really funny because I love travelling around and I love meeting new people and I love playing to new crowds and seeing whether or not they like the band. Sometimes people even know the words which completely trips me out considering we’re so tiny. It’s such a cool thing that something that has come out of my brain has stuck in someone else’s.

Home shows are my favourite. It’s my home and we’re so blessed to be from such a beautiful area, but also we actually packed it out. I’m still gobsmacked. Having all of your friends there and people that support you around town… I’m super grateful for being from such a small area and still being able to pull a decent crowd. Home shows are a bit scary though because you’re like, “ok, well I’ve learned all these things and I’ve kind of opened up a little bit more performance wise” but then my friends know me and I’m a bit of a dork. It’s hard to get up and be like, “Oh yeah I also do this while I’m up here”, but they’re all proud so it was lovely. 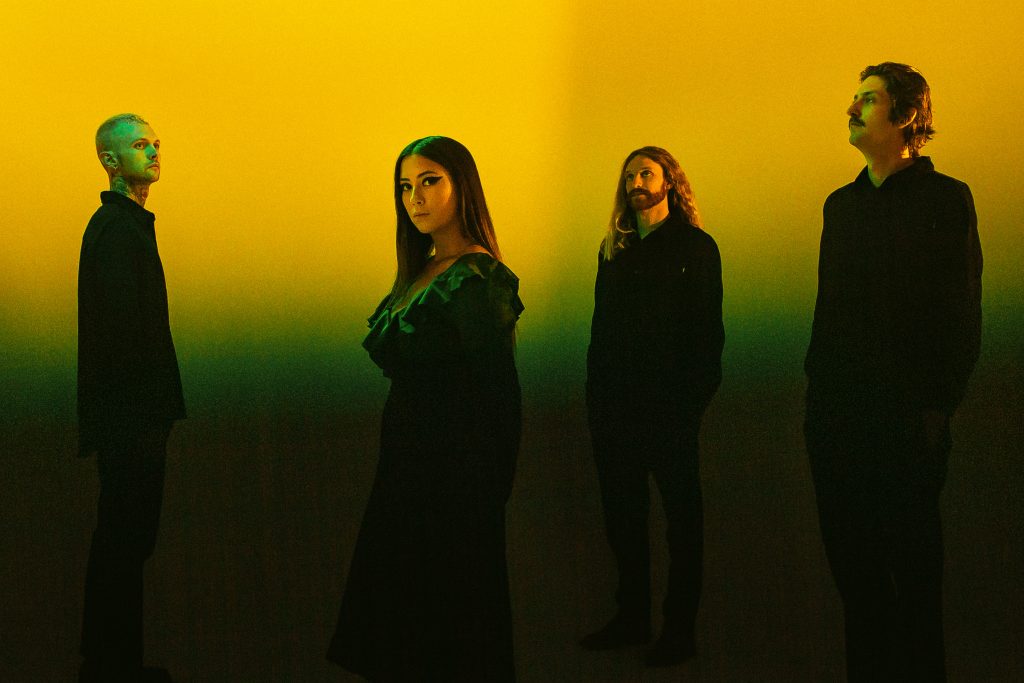 TCI: On the subject of touring — do you have a preference between playing festival shows and shows at a venue?

DD: I think it depends. We played Party in the Paddock in February and it was freezing, but it was awesome. I was always pretty keen on festivals myself. I love going to them as a punter, so the fact that we get to play them is pretty cool. You share artist areas with some artists that I’ve grown up listening to and that were a massive influence to me. Then you play venues and you get to hang out with the band that you’re touring with in a smaller area. We just toured with the [Good Doogs] boys, and we came out of it with friends that we’ll have for a really long time.

TCI: Do you find that playing alongside other bands and different artists influences your own approach to writing and performing?

DD: You always watch other bands and you’re like, “Damn, I wanna be like that too”. We all encourage one another in our own way. I know that if I become personally invested in these people and we become friends… I’m proud when I watch them. I learn a lot from them in that way. Even from the Doogs… They’re so happy and stoked to be there and it’s a reminder for everybody that we’re really lucky to be doing what we do. Sometimes you’ll play in front of 4 people and sometimes you’ll play in front of 400 but it’s still… The fact that you get to play your music to people that come and listen to it is such a big thing that a lot of people don’t get to do.

TCI: What’s next for Seaside?

DD: We were just talking about this today actually. We’ve got some cool things to announce in the following months. At the moment this is the first time we’ve been home and home indefinitely. I know we’re pitched for a couple of tours that fingers crossed we might get, but otherwise we’re just writing. We’re actually in the studio next week to record the next single.

I think the most important thing for us is to never stop… Like always be working towards something and have a goal so that when you reach it you feel a little bit empowered to reach the next one. The album is coming out in 2020 — I know that for sure because we’re working our butts off right now. Hopefully in the coming months we get to travel around a little bit again and then next single will drop.

You can listen to ‘Sycamore’ here.

Logan Live Music Month is Back!