Broadway superstar, Shoshana Bean, is headed down under to delight audiences with her charisma and talent in Secret Broadway.

Shoshana will be joined by veteran Australian performer Simon Burke, as well as Lance Horne, and Jordan Malone, for a night of musical theatre and cabaret at the Gold Coast’s Home of the Arts. We caught up with Shoshana ahead of the show to chat about all things theatre.

The Creative Issue: Tell us a little bit about the show, Secret Broadway.

Shoshana Bean: It’s a secret! Hahaha, well the show that Lance is creating is inspired by the opening chapters of a book called The Secret Life of the American Musical by Jack Viertel. The set list will be made up of material that best exemplifies what is discussed in the book by way of the crafting of the best opening numbers and ‘I Want’ songs from musicals.

TCI: You’ll get to share the stage with Simon Burke, Lance Horne and Jordan Malone for this show – what’s it like getting to work with other performers?

SB: Collaboration is my absolute favourite part of my job! I love meeting new people, sharing our love of music, combining our different skills, vibing off of each other … not only is it so much fun, it’s inspiring and always an education!

TCI: Have you got any favourite numbers from the show that you are most excited to perform?

SB: Yes. I’m not going to tell you what the songs are, but I will say that there are two I’ve never performed that I have loved and been singing in the privacy of my bedroom since I was like 10 years old! 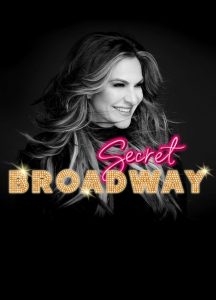 TCI: Is there a musical number you’ve always wanted to perform but never had the chance to?

I’d like to be able to play Effie in the fight scene from Dreamgirls or Valjean in the confrontation from Les Miserables.

TCI: You’ve been in so many recognisable roles over the years, but do any standout to you as your career highlight so far?

SB: Jenna in Waitress, likely because it’s the most recent, likely because she seems to be the one who changed me the most and likely because, again being that she was the most recent, I was able to bring the best of myself to her. The older I get, not only the more willing I am to break myself open, but I’m also just carrying all the tools I’ve gathered along the way. Time has allowed me to learn more and bring more to the table. So, I believe Jenna got the best version of me and also, made me even better.

TCI: What is your favourite musical of all time and why?

Ugh, probably Sunday in the Park with George. For the nostalgia of my very special and formative time doing the show.

TCI: What is your dream role? 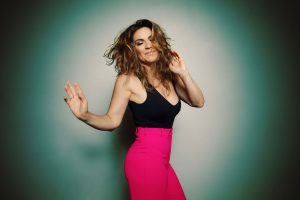 TCI: Was there a particular moment in time that was the catalyst for you to pursue theatre as a career?

SB: I think there were a series of moments and I just kept following the breadcrumbs. But I think a really pivotal point that set me down the path was when I was in a professional production of Sunday in the Park with George at nine years old. The woman who played Dot, I was enamoured of, and she happened to be one of the first musical theatre graduates from the Cincinnati College Conservatory of Music. When it came time for me to choose a college, I was certainly swayed by the fact she had attended, and I ultimately chose to go to Cincinnati. Had it not been for her I’m not sure the school would have even been on my radar. The rest is history!

TCI: Apart from your Broadway and theatre career, you have also ventured into recording your own music. How has that experience been?

SB: It’s amazing! I love it so much! A whole different game and so fulfilling in a very different way from performing. But just the same, I learn so much. I face challenges. I find solutions. I grow. And on and on.

TCI: Where do you see yourself in five years’ time?

SB: With another album or two out, and I’d like to finally originate a role on the Broadway! 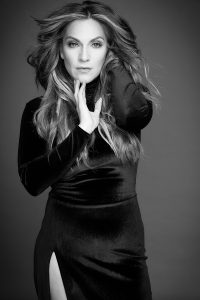 TCI: As someone who has lived and breathed performing for a majority of their life, do you still get nervous before you go on stage or does it come as second nature to you? Do you have any tricks for dealing with nerves?

SB: It depends on the situation but yeah, it’s rare that I’m not nervous. Because no matter how long I’ve been performing I still want to do well! I don’t deal with nerves, I just let them serve me. And I remember, nerves are really just fear and fear is really just excitement minus the breath! I remember it’s not about me and how well I do. It’s not about impressing people. It’s about giving them an experience, moving them, healing them, cracking them open. Once I take the attention and focus off of myself and on to them, there is no need to be nervous.

TCI: Have you performed in Australia before? If so, have you found any differences between American and Australian audiences?

SB: Yes, this will be my third trip. I love Australian audiences; they are so effusive with their love and excitement. It’s infectious! I always feel very well appreciated when I visit.

TCI: What can audiences expect to get out of this show?

I think they can definitely expect to learn what makes a great musical and what makes effective musical numbers. I also think they can expect a good hang! The show will be interactive and conversational and have an intimate feel for sure. They can also expect to hear some of their favourite classic musical theatre tunes!

THE DETAILS:
What: Secret Broadway
Where: Home of the Arts (HOTA), Surfers Paradise, Gold Coast
When: Saturday 22 February
Cost: Starting from $45

Make sure to grab your tickets here before they sell out!

Success for Queensland at the 2019 Matilda Awards