Soon to be Ruined 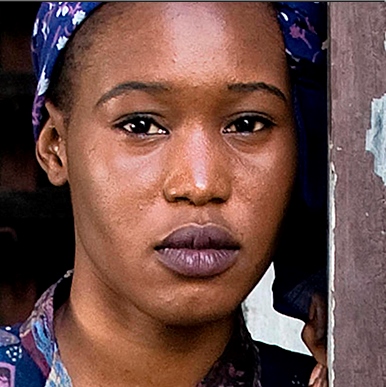 THAT Production Company is getting ready for the Australian premier of the Pulitzer-prize-winning play, Ruined. I sat down with Artistic Director Tim Wynn to find out more about this exciting new project.

CD: THAT Production company is putting on a new play, Ruined, can you tell me a bit about the play?

TIM: Ruined is a play written by American playwrite Lynn Nottage. And originally what Lynn set out to do is do an adaption of Bertolt Brechtâ€™s play, Mother Courage and Her Children. 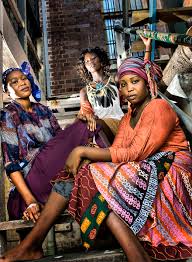 She wanted to set her adaption in war torn Congo and to do some research on that play she went to the Congo and interviewed a group of women in refugee camps. From that she kind of discovered that… this had its own story. It wasnâ€™t going to be an adaption anymore, there was enough here to actually write a play and tell the story of these women that sheâ€™d interviewed.

So she came back to America and kind of wrote this play thatâ€™s set in a brothel. Itâ€™s all about women who have been victims of sexual abuse and abuse in the war, and also the stories of the men that inflict that abuse upon them; and how each of them got to be in this particular situation. The brothel acts as a crossroads where all these different characters converge, and theyâ€™ve all come from some kind of quite horrific past and itâ€™s about how they survive that and continue just living in these horrific circumstances.

CD: Is this the first time the play is being performed in Australia?

TIM: Itâ€™s the Australian premier so thatâ€™s pretty exciting for us.

CD: How did THAT Production company come to choose to do this play, particularly given the subject matter is quite heavy.

(It) also gave us an opportunity as a company to explore working with actors from different ethnicities and from different cultural backgrounds. And kind of exploring their performance techniques and their cultural performance context, I suppose, of how they envision performance and how they prepare for a performance. So it gave us an opportunity to work with those actors and learn more about the way they perform and their cultures in the process of telling their stories. Its quite an interesting situation where you have a young male, white or Caucasian director working withâ€¦ female African refugees to tell their stories. Itâ€™s quite a clash of cultures but I think we work together really well to tell the story.

As the director, my job is to be the perspective of the audience and the audience for this play is going to be kind of white middle-class Australians. While they are coming to it very much wanting to tell their stories (and we have assembled a cast of actors who have lived very similar lives to the women of the play)â€¦ Iâ€™m also coming at it from the perspective of: â€˜How do we make this story and tell this story with all its potency and clarity to a contemporary Australian audience?â€™

CD: What do you hope that the audiences take away with them after seeing the show?

TIM: I suppose there are two key things that Iâ€™d like them to take away… I think one of the key messages of the play is that despite terrible, terrible things happening you can still survive it and you can still continue on. So I think for an audience member, who isnâ€™t a refugee from Congo or a refugee from Africa, toâ€¦ see this play and see what these characters go through and then ultimately survive and continue to survive throughâ€¦ will hopefully give in them the impression to kick in their survival instincts. And show them lifeâ€™s not all bad and thereâ€™s nothing we really canâ€™t get through.

Thatâ€™s one aspect, andâ€¦ the other theme or message is quite blatant in the play: these horrible things are happening in the world (and in the Congo specifically) and we really need to raise awareness about whatâ€™s happening there; really quite terrible things. People who come and see the play will be told about these things that are happening. So itâ€™s really about raising awareness and trying to find out what we can do to help in any way we can, even if itâ€™s just raising awareness. I donâ€™t really think that, after seeing this show, every single person will get on a plane to the Congo and be volunteering in refugee camps. But they will be definitely know and theyâ€™ll be definitely educated about whatâ€™s happening and that will sort of influence choices they make; whether that be the very next day or in the next five years, in relation to whatâ€™s happening around the world.

CD: The women you work with in the play, have they had any acting experience at all? Or are they really just bringing their own real life experiences to the stage?

TIM: Itâ€™s quite interestingâ€¦ the whole cast (I mean thereâ€™s men in the cast as well)… come from quite a varied range of experiences. Some of them have never acted or been on stage before ever, and then other have done plays before, some have done film but then others have a performance background not specifically in acting but in rap music, traditional African music and dance. Each of them has some kind of performing background; itâ€™s not specifically acting. There is that cultural performative quality to all of them that I think is quite fascinating to watch. They really arenâ€™t afraid to lay themselves bare and really go for it, which is exciting.

CD: Can you tell us a bit about (THAT Production Company) itself?

TIM: I founded the company four years ago with Cassandra Ramsay and we started doing shows in Brisbane. I think we did about three or four shows in Brisbane. It was a great experience, we did lots of great work and met lots of great people, but then we kind of sat down and thought aboutâ€¦ sustainability and â€œWhere are we going?â€, â€œIs this going to be our career or are we just going to have some fun?â€

And we both actually live in Ipswich and we thought, â€œThereâ€™s a market here for an emerging independent theatre company to come in and kind of develop an audience hereâ€.

So said â€œThis is what weâ€™re going to doâ€, and we decided we would premier our productions for the next two or three years in Ipswich (not exclusively working in Ipswich) but we wanted to be very much known as an Ipswich independent theatre companyâ€¦ We wanted to be very synonymous or iconic in the Ipswich community for doing what we do and get them to rally around us and support us and hopefully build a really strong audience so that we can take more and more artistic risks and develop community relationships.

So that we kind of justify the part theatre plays in a community, which I think people forget about sometimes. People thinking about theatre as elitist, we really wanted to demystify that whole side of it and be: â€œNo, weâ€™re of service. What can we do for you as a community apart from tell these stories?â€ So weâ€™ve partnered with, on Ruined, the Ipswich Womens Centre Against Domestic Violence. And while itâ€™s not domestic violence that happens in Ruined, I think the themes still ring true and they were very excited to get on board just by having their name attached to this play. So itâ€™s working in that way with the community thatâ€™s been really exciting, so weâ€™re hoping to do that a lot in the future with the rest of our productions this year and into next year and hopefully weâ€™ll keep going.

What? Ruined by THAT Production Company

The Company You Keep, Movie Review

Scanography – The Art of Scanning