As we file into the Turbine Studio, I notice a guide to Damien Powerâ€™s new solo show sitting on my seat. Not a program, not a flyer â€“ a guide. Opening it reveals precious little about the show in question, but it does yield a rather nice black and white photo of Slovenian philosopher Slavoj Å½iÅ¾ek. So begins a night of comedy unusually concerned with the bigger questions: human mortality, the death of God and the lusty demands of the mammalian hind brain.

Stepping onto stage, Damien Power appears every bit the laddish male comedian: t-shirt, jeans, arms flailing wildly to pump up the audience. The look, however, belies a deeper undercurrent, one of philosophy, politics, scripture and space-travel. It is from these deep, and often bizarre, wells that Power draws most of his jokes. The result is not only funny â€“ itâ€™s refreshingly clever.

Early in the night, Stephen Hawking is mentioned, as he so often is in comedic circles. The audience half chuckles, half groans in anticipation as we wait for the inevitable joke about voice modulators or wheelchairs. It never comes. Instead, the gag is in merely in highlighting the manâ€™s brilliance and then using it to berate the sort of men who try to fight with cars after a night on the town. This refusal to go for the easy (and often cruel) laughs marks Powerâ€™s comedy, and sets him apart from the pack. His humour, though delivered with a self-effacing disaffection, is steeped in deeper thought. 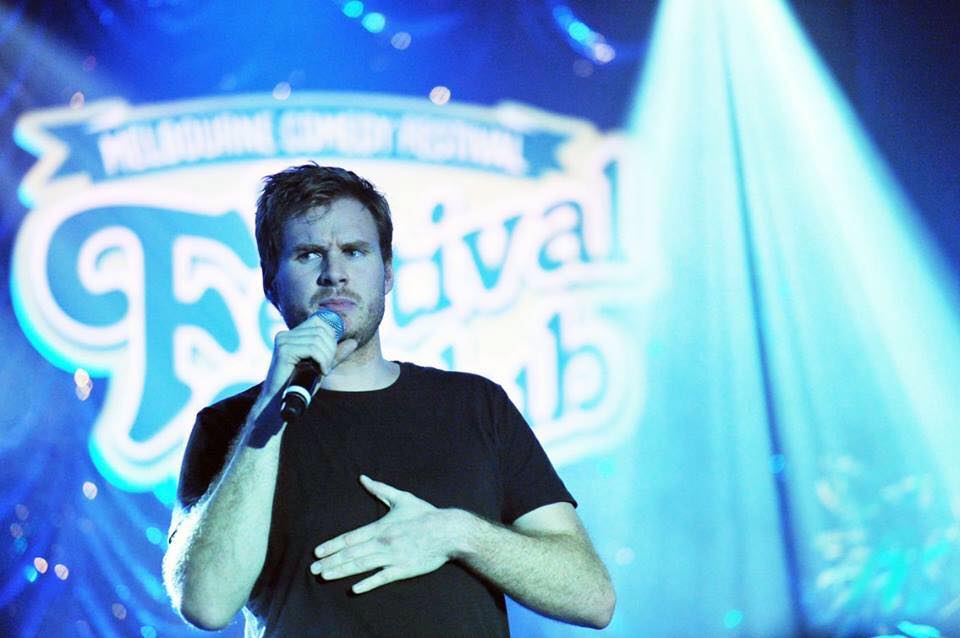 In a show equal parts pub banter and coffee-house musing, painfully accurate mimicry sits easily alongside quips about the monopoly of violence, the social forces driving nationalism and Jesus cleansing the temple. Power clearly knows his audience, and while he plays to a certain inner-city intellectualism, heâ€™s just as quick to turn around and eviscerate those same Powerhouse sensibilities. The result is comedy that relies on wit, rather than outrage and Power most certainly has the spark to pull it off.

Sell Mum into Slavery, while touching neither on mothers, nor slavery, nor selling the former into the latter, is solid, funny stand-up.Â  Power will make you laugh, heâ€™ll make you think, and on top of that, heâ€™ll give you a nice photo of Å½iÅ¾ekÂ to take home.

What Sell Mum Into Slavery

For tickets, head here. To check out the rest of Brisbane Comedy Festival, head here.

Did you say donuts?: All Time Coffee Co, Mermaid Beach

Sherpa – A Narrative of Loss, Greed and Uncertainty