Subversive synth-pop, is once again, having a BIG moment.

Itâ€™s been over ten years since the last great Australian new-wave electro-pop assault, (think The Presets album Beams and Cut Copy’s Bright Like Neon Love) and the genreâ€™s resurgence, steadily building up over the past few years is welcomed with opened, inclusive arms. Two noticeable differencesÂ with the fresh incarnation, include the sounds no longer being guitar driven, nor the participants predominantly part of a boys club!

A more evenly spread gender diversity and inclusion and representation of queer acts was a conscious conversation that BIGSOUND, in its 15th year, was ready to broach, and act upon. The expertly curated three day festival covered a broad spectrum of music, but one that was packed withÂ synthesisers and drum machines being set up at unprecedented rates across the participating Fortitude Valley venues.

Cultivating their own unique incarnations of what D.I.Y. synth-based-and-beyond production and live performance looks and sounds like in 2016, here’s our wrap of some exciting BIGSOUND 2016 highlights. 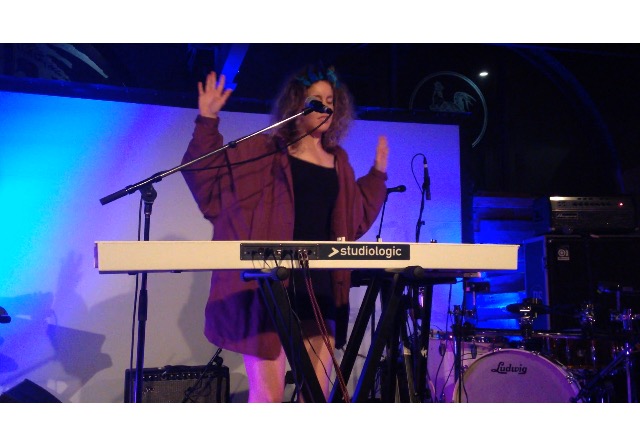 Launching her Break EP on BIGSOUNDâ€™s night one proved a special outing for Sydney artist BUOY. She was the first, but not last, of the one-woman acts to share The Flying Cock stage with a redundant drum kit set up; these tech-wizards have all they need at their finger tips and beneath their moon-boots.

Think the UK Garage influence as presented by Aluna George, and the unexpected lyrical subversion of FKA Twigs (sans the distracting adornments and designer threads). BUOY kept her performance space clean and inviting. Like her creative namesake; she fluctuated intuitively between being anchored stationary and bobbing about, encouraging the growing excitement swirling the room.

With the crowd emotionally invested, and extremely vocal in their support, BUOY continued to layer and build the complexities, until the time came, like Anais Ninâ€™s bud, that the risk of remaining tightly swathed was more painful than the risk it took to blossom, and eventually, in the most spectacularly grand crescendo; burst free. As the cohesive set came to its close, BUOY appeared as graciously satisfied with her glorious showcase, and appreciative of the shared space and time together, as her crowd were.

Coda Conductâ€™s Erica and Sally are good time-gals. With their DJ assisting (everyone should get themselves one apparently? Plenty out there they say!) The â€œlets make up a dance whilst on a sugar-high at a slumber partyâ€ worthy choreography, worked hand in hand with their sass-fuelled *NSYNC rhymes. Their lyrical content has the right amount of self-awareness, deprecation and playfulness to perfectly compliment their rap-squats. They are fresh, fun, fierce, and their confidence is peaking. All hail the first-ladies of BIGSOUNDS 2016 Hip-Hop campaign.

Corin, at a glance, appears an unassuming figure. Sat solo by her keys on the Press Club stage, a classically trained pianist and ’80s synth enthusiast, offered up her inner-speaker assault. New EP Accumulated Spaces unleashes her intense bass-heavy, video-game worthy, layered masterpieces. And then she returned into the night, resurfacing a few doors down as part of Rainbow Chan’s showcase at Heya Bar. Another of BIGSOUNDâ€™s multi-talented multi-taskers who are positioning themselves in reediness for the next big step forward.

Kucka, flying solo at The Flying Cock, was professionalism personified. A$AP Rocky and Mark Ronson have each sampled her unique pipes on their own recordings, and she displayed her confidence on stage by launching directly into slow-jam, â€˜Unconditionalâ€™.Â  Beautifully unveiled, in a more sensual rendition than the studio version; Kucka took things nice and (sl)eazy, ensuring everyone knew who was boss. Trusted performance side-kick, her laptop, is plastered with stickers, one being the iconic sub-pop logo. It silently yet perfectly affirms her DIY ethos; reassuring us however slick the end product (and her pony-tail for that matter) appears; sheâ€™s reveling in her freedom of creativity, credibility, collaborations and control.

Bringing some Melbourne chill to lil olâ€™ Brisbane, trio Huntly, (Elspeth, Charles & Andrew) filled each of their performances with personality-plus electronica. Flecks of restrained-when-need-be Portished is apparent, CocoRosie fragility and dashes of confessional Anohni combine, yet theyâ€™re forging a niche sound and strength that is entirely their own.

May saw the release of â€œFeel Better or Stop Tryingâ€ and with catchy affirmations and observations like â€œWe made it,â€ â€œEverybody’s talking connections,â€ â€œAnd it gets heavy sometimesâ€ left swirling around the minds of their audience (my mini-emo-rave in a sugary-pop coating courtesy Huntly is still going!) They were one of the bands to come away (perhaps tied with the consistently honed Teeth & Tongue) from this year’s BIGSOUND who struck the balance between hard-working and endearing whilst displaying their goodies, without taking the â€œIndustry Eventâ€ too seriously.

Simona Castricum followed Huntly at the Wooly Mammoth downstairs stage. A commanding artist who dances to the beat of her own drum(machine) -opened with track â€œNights Donâ€™t Breathâ€ from her sixth album release, #TriggerWarning40. Performed live, the consistent, arresting call to arms style vocal attack, was oddly reminiscent of Yothu Yindi’s â€˜Treatyâ€™ as remixed by Filthy Lucre.

A few minutes deep into the set got the crowd feeling loose, loose, loose, and although Castricumâ€™s stage clothes were tight; the beats at times traversed Madchester baggy, but always empowered with a syth-techo foundation. Her tracks, confident in their persisting, clanging and commanding unapologetic back-bone, demanded attention. If Renton implored you to â€œChoose Lifeâ€ on Underworlds unrelenting â€™95 mega hit â€œBorn Slippy,â€ Simona offers you the trust, support, celebration and freedom needed to choose your own adventure. 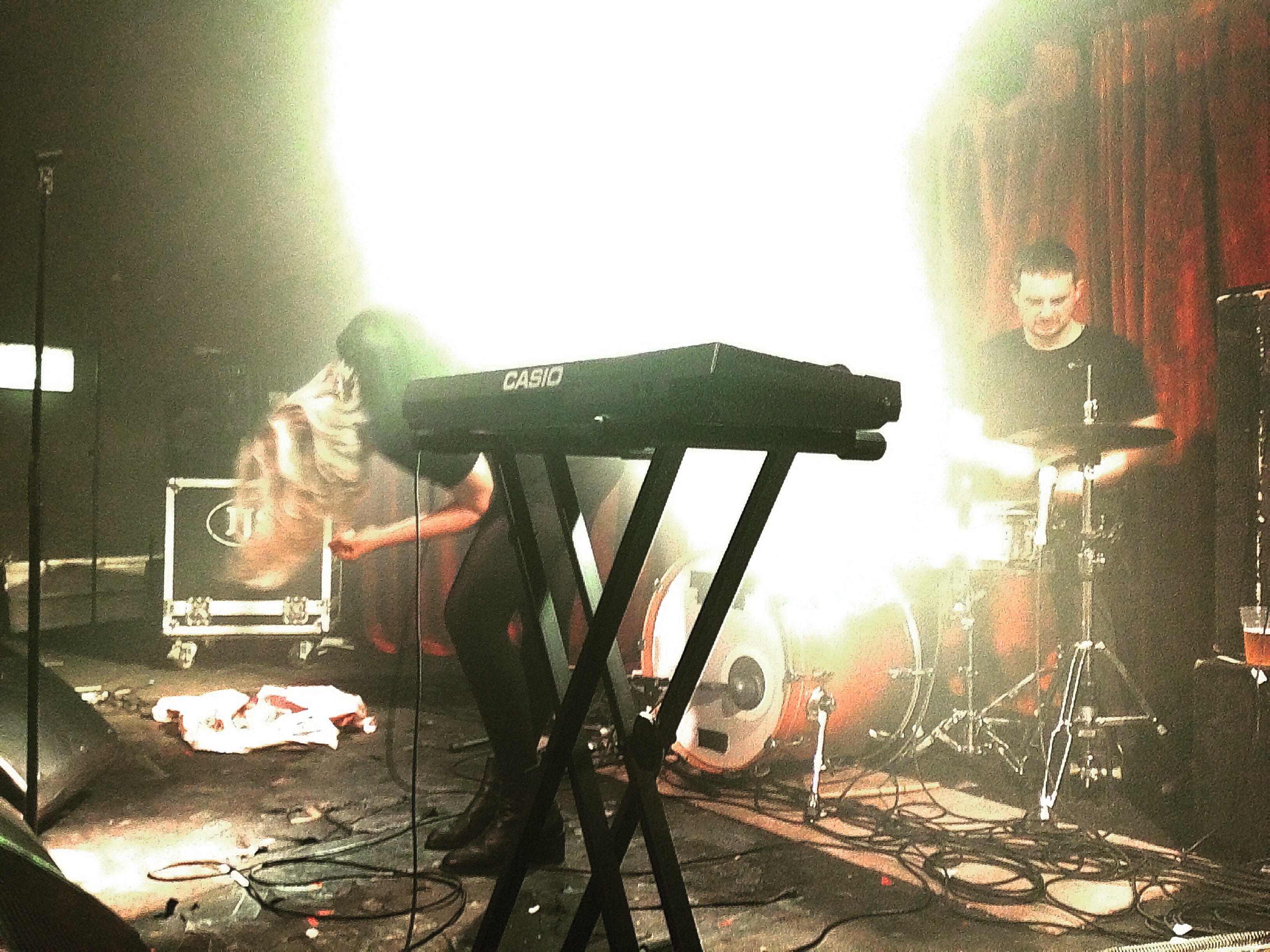 Fresh from Dorsal Finâ€™s energetic set at ricâ€™s backyard, Ella Thompson joined Graeme Pogson in their proudly nostalgic GL, to treat Bigsound 2016 to its final set on the brilliant Brightside stage. The funky electro disco track, â€œNumber 1,â€ was thrown into the mega mix early. A civil-ceremony between Stacey Qâ€™s explosive dance-smash â€œ2 of Hearts,â€ met with the yearn and soul of Renee Geyer’s rhythmic â€œAll My Loveâ€.

The new wave jam, “Grip” was playful live, and when contrasted with 2014â€™s â€œWhat Happened To Usâ€ (A yearning ode to love that lost its way) shows the depth and quality of their already classic back catalogue.

Latest single from debut Touch, “Hallucinate” has the up-standing, substantially swelled audience questioning why they weren’t here for the entire set. Eurythmics, Roxette, Everything But the Girl… You don’t mess with the format, but you do update it! If youâ€™re looking for the next big modern synth-pop â€œhis & hersâ€ act since Goldfrapp, make no mistake; this is them.