Brisbaneâ€™s premier performance of Shadowland enchanted the audience with colourful, poetic, inventive and theatrical projections as well as captivating front-of-screen choreography of dance and design.

Performed by the charismatic dance company Pilobolus, the USA production, Shadowland, was featured at the 79th Annual Academy Awards, The Oprah Winfrey Show and Late Night with Conan O’Brien before making its way to Australia.

The story captured the light and energy of the expressive dancers throughout the delightfully mysterious tale, which explored unexpected, strange, wonderful and comic creatures of a teenage girls inventive dream. 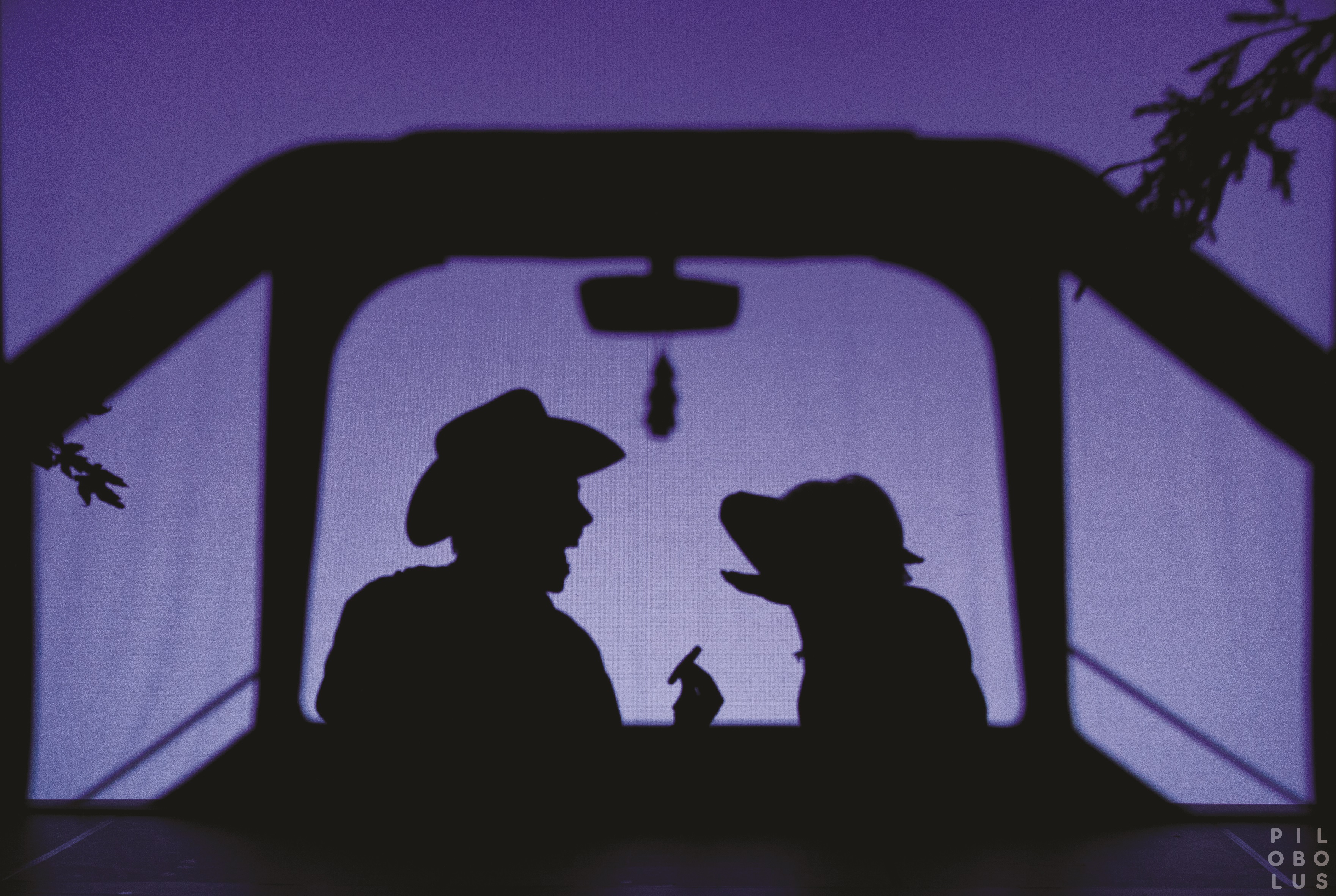 The performer who melted hearts and made the crowd laugh simultaneously with her incredible transformations from a naive teenage girl to a hopeful and lovable dog was Dancer (Dog Girl) and Collaborator Lauren Yalango.

In an interview with Yalango, I uncovered the true story behind the breathtaking yet and witty shadow theatre.

â€œShadowland is a rite of passage story; a sort of Alice In Wonderland tale, depicting a young girl’s incredible journey through her dreams,â€ said Yalango, who has been dancing since the age of three.

It was the strong, talented and mesmerising past and present dancers of Pilobolus that inspired Yalango to perform with, and collaborate, the multi-dimensional production.

However Yalangoâ€™s biggest mentor to her career has always been her mother. â€œAlthough she is not a dancer, in fact it’s hard for her to tell her left foot from her right, she is incredibly creative.â€

â€œShe helps guide me through tough decisions, lends an ear when I need and is always a voice of reason when I feel out of control,â€ she continued. â€œHer support and encouragement have been instrumental to me. I would be lost without her.â€

Her motherâ€™s support has seen Yalango through some of the biggest challenges when going into the creation of Shadowland. One of which was deciphering how to execute the production.

â€œWe actually didn’t know exactly what we were doing,â€ explained Yalango. â€œWe knew we were going to make a narrative incorporating our shadow work. What the narrative would be was unknown. How we were going to keep the audience with us without getting lost behind the screen was also a challenge.â€

Yalango and co- collaborators experimented in the studio for months. â€œIt was one of the most challenging, worthwhile, tedious and amazing experiences of my life,â€ she exclaimed.

Despite the ups and downs of producing an international theatre sensation, every story has a happy ending. For Shadowland, this is evident both on and off the stage.

â€œSomething people are always surprised by and seem to enjoy is that I am about to marry another company member, Christopher Grant,â€ Yalango began to tell her own personal story. â€œWe met while auditioning for Pilobolus, toured the world, fell in love and now we will be married (in) July!â€

This connection between the pair of lovebirds could be seen during the magical story of Dog Girl and her poetic and inventive dream to find both love and independence amid strange and thrilling antics.

Most of all, the group had fun with the close to the production when showcasing a delightful performance of koalaâ€™s, boxing kangarooâ€™s and beach 4 wheel driveâ€™s to Men At Workâ€™s Down Under, reaping cheers and screams from the enthusiastic Brisbane crowd. 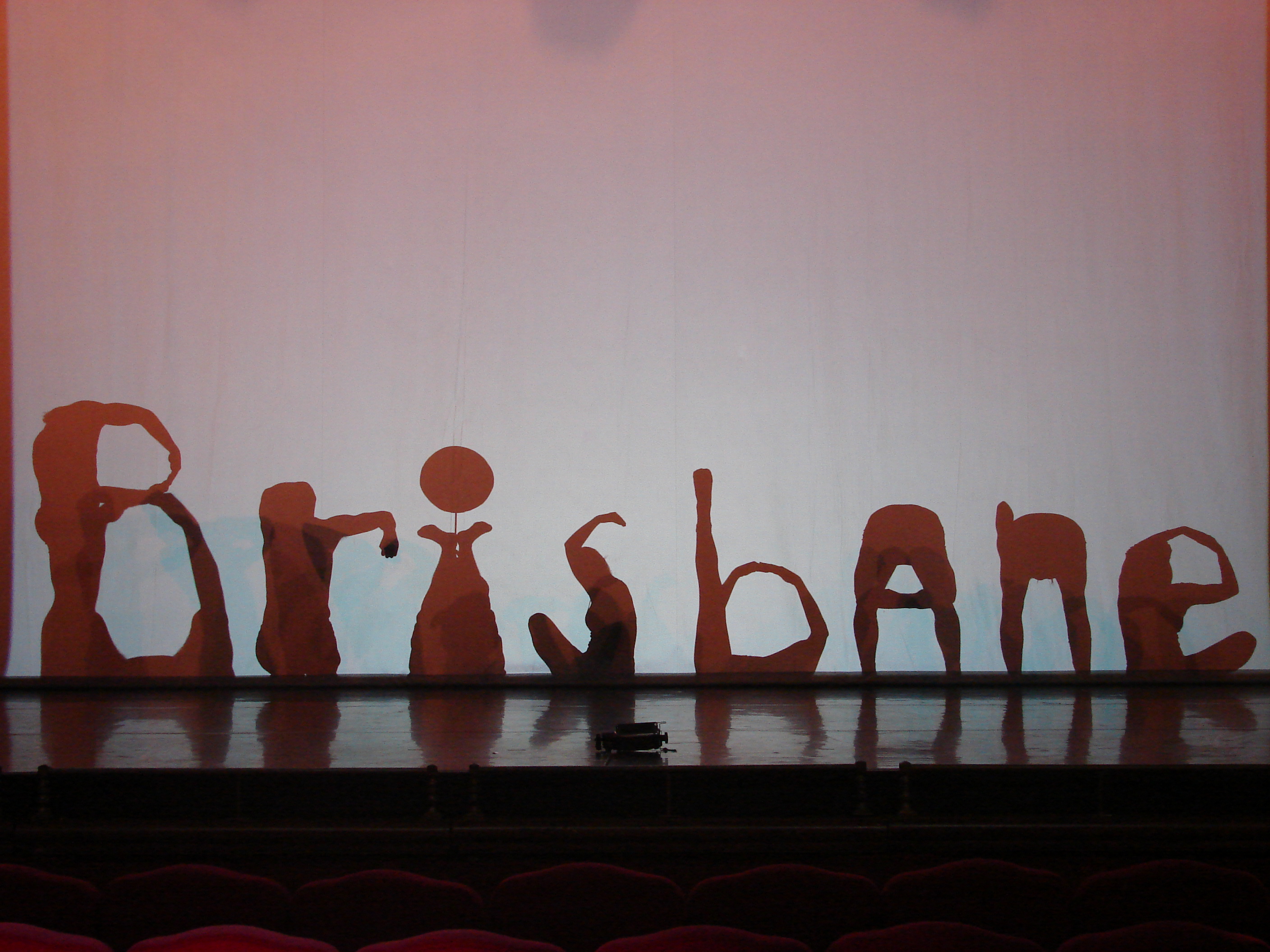 Shadowland, a contemporary performance of shadow theatre and acrobatic dance, will melts hearts, impress, humor and seduce audiences during the remainder of their Australian tour.

Shadowland. Images by Emmanuel and Pilobolus.

Food in a Flash