â€œWhat draws anyone to the mountains? Itâ€™s a sense of majesty, and it kind of relieves you from the stress of modern day existence â€“ itâ€™s like a reset button for meâ€

Jennifer Peedom is an up-and-coming Australian filmmaker who has just released her latest documentary,Â Sherpa. Featuring the heated politics that erupted in the Himalayas during the 2013 climbing season – Peedom was fortunate to capture a turning point in Nepalese history. In much of her work the forces of nature play a powerful role in sculpting the drama onscreen. Her 2008 film Solo told of the ill-fated kayaking voyage between Tasmania and New Zealand by Andrew MacAulay. Peedom is carving a name for herself by creating Herzogian portraits of humans clashing with nature. 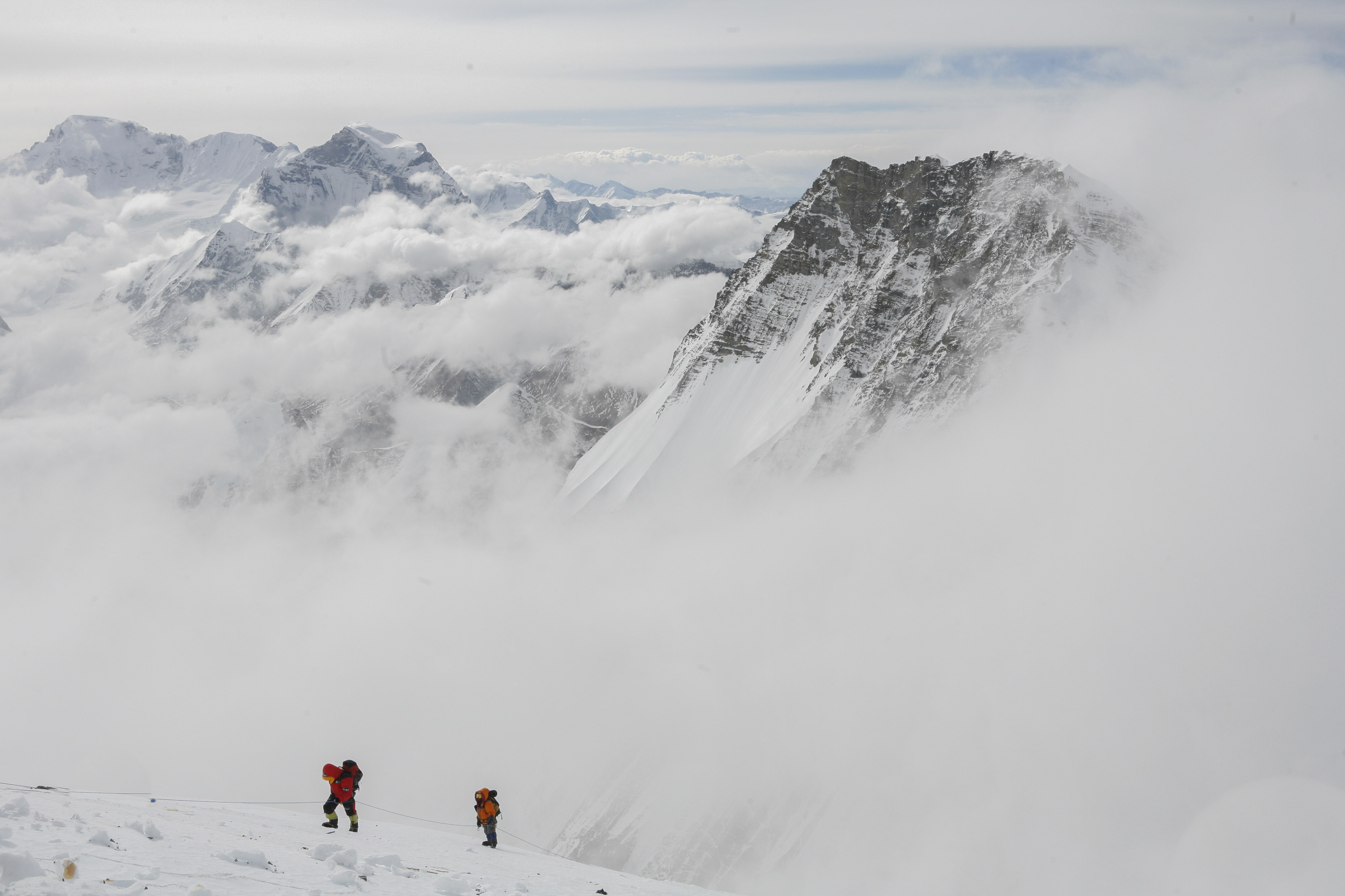 The Creative Issue had the opportunity to talk with Jennifer Peedom about herself and her place in the film making world.

â€œItâ€™s the combination of music, pictures, sound and the human experience that draws me to film making. Mountaineering isnâ€™t necessarily of interest to me at all, I think intense human experience and the extreme is where you see human nature under pressure and you get really interesting observations on life.â€

â€œI think thereâ€™s a very Australian point of view. When youâ€™re a director, youâ€™re essentially expressing your view on the world. Even though a lot of my films take place overseas, you canâ€™t help but be informed by your upbringing and notions of colonialism and whatâ€™s formed your identity. So yes, I think itâ€™s about having a point of view and mineâ€™s obviously very Australian.â€ 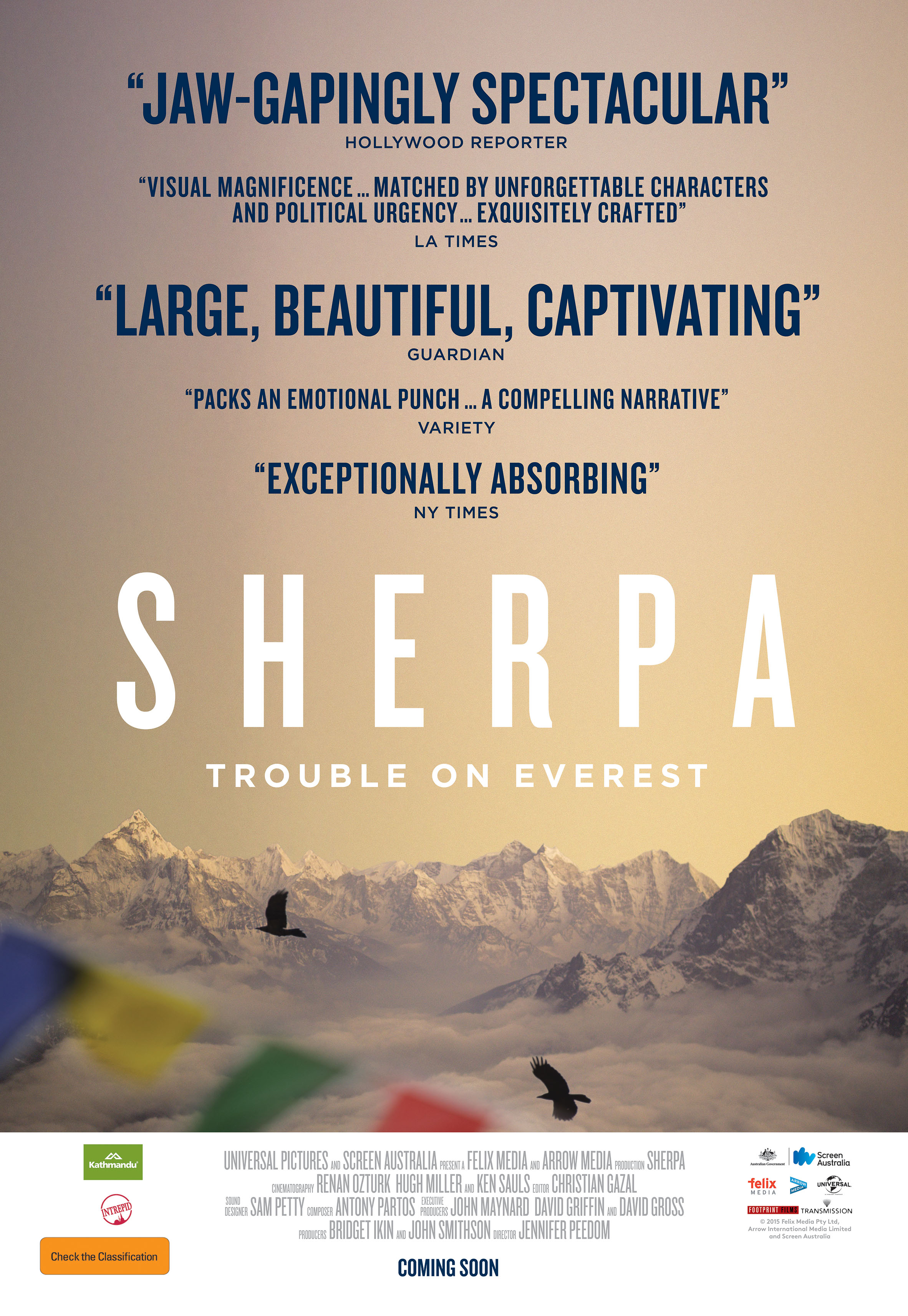 Indeed, the importance placed to the world views of each filmmaker is being given more and more importance in 2016. With Screen Australiaâ€™s new Gender Matters initiative, gender is now seen as a way to categorize funding.

â€œI think what Screen Australia are trying to recognise instead of just saying â€œletâ€™s give women more opportunitiesâ€, theyâ€™re saying that females have a particular point of view. A very senior former BBC commissioning editor saw Sherpa in London, and she came out and said â€œI donâ€™t think a man couldâ€™ve made that filmâ€. I donâ€™t know if thatâ€™s the truth, Iâ€™m sure there are a lot of wonderful male directors out there who couldâ€™ve pulled it off just as well, but I think it took a female to have that different point of view. If weâ€™re going to have more diverse and interesting perspectives on the world, weâ€™ve got to have female directors making those films, because they bring a different point of view to the table.â€

Film offers us an escape from our reality and it comes to us as a window into another person’s world. No doubtÂ the more challenging and world changing films will come from those people who hold views that are foreign to our own. Human thought is not known to be affectedÂ by biological or environmental factors, only by the wildly different narratives that form each individual’s identity. Sherpa and films like itÂ can offer us much more than an idea of what life is like in the Himalayas.Â They help us to see that all people live, think and feel as deeply as we do.

Sherpa is in limited release around Australia this month.