An audience of theatre lovers, family cheer squads, weekend creatives and university drama students piled into the Visy Theatre at the Brisbane Powerhouse on Friday night.

A wine glass in hand and a voting form in the other, I settled down to enjoy what was the first heat of Brisbaneâ€™s Short and Sweet Festival for 2017.

The show opened with two grown men entering the stage dressed in white hotel-like bath robes in an act which can only be described as a typical egotistical male standoff over the back fence.

Was it moving? No. Was it hysterical? In parts. Was it unique? In every meaning of the word.

And unique is really the word to describe the Short and Sweet Festival. It is a festival which comprises of 10-minute theatre and cabaret pieces about anything and everything. For me, it was my first experience of such a format of theatre, and it was certainly a roller coaster of emotions. 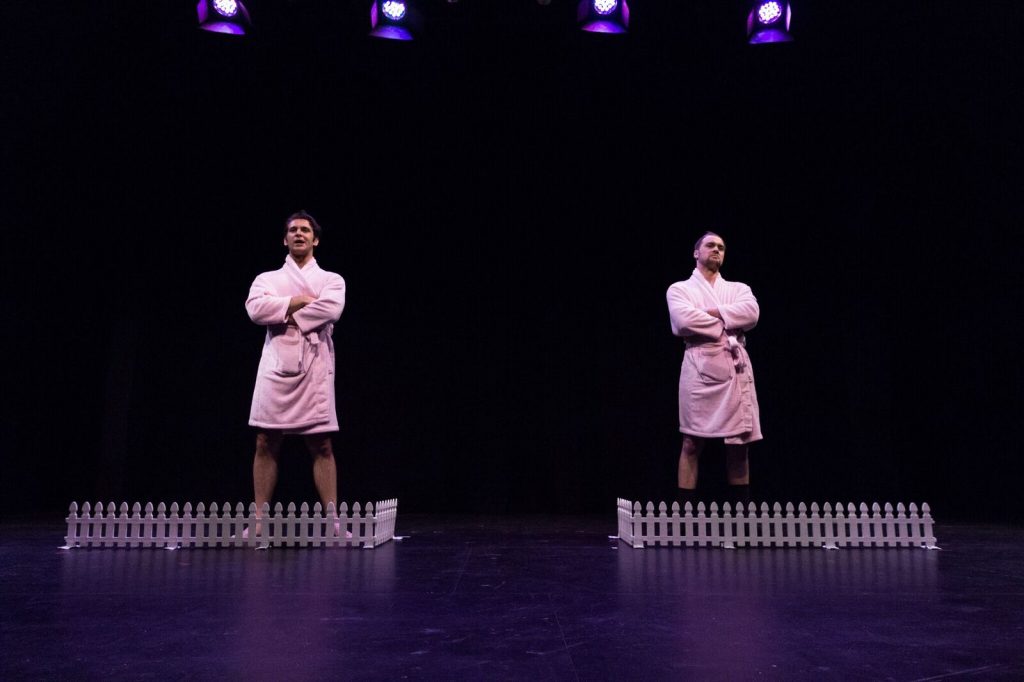 One of the most moving performances of theÂ night was written and performed by Simone Ã‰clair, a proud mum and stand-up comedian. The 10-minute piece followed Simone through her life, with short monologues delivered at poignant stages. It covered topics from school bullying, to self harm, eating disorders and the stresses of modern day motherhood.

When asked if the piece was based on personal experiences Simone said she wished she could say no, but yes it was. She felt the need to share her story with audiences, and asked her acting friends to â€œteach [her] how to actâ€ so she could address these social issues on the stage.

Another incredibly mind blowing performance was delivered by Clint Bolster, a masked theatre professional. After spending some time in the UK, and 100 hours in the rehearsal room perfecting his piece entitled â€œDennisâ€, Clint could not have been happier to perform in the Short and Sweet Festival. 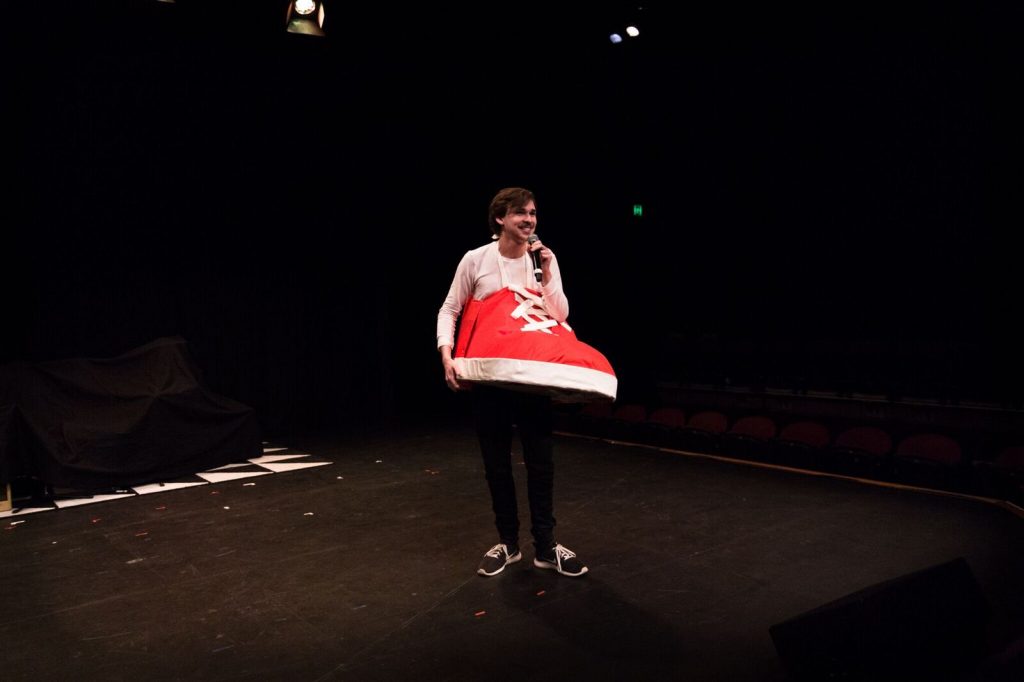 The non verbal mask production followed the story of Dennis, a lonely and loveable character who was on the quest for love. Through the use of gesture and music, Clint was able to convey so much emotion to the audience with universal â€œawwwwâ€ and laughter resounding in the seats multiple times during the performance.

The most comedic piece of the night goes to â€œShoes Wiselyâ€, an entrant in the cabaret section. Geordie McGrath, the writer, director and performer of the piece entered the stage dressed as a red shoe. According to the song, Geordieâ€™s son was Croc and his mum was a Birkenstockâ€¦ and so the 10-minutes of absolute hysterics began. By the end, the audience was in stitches.

Brisbane audiences only have a few more opportunities to witness this unique theatre experience in their backyard- this week from August 2-5 and then the Short and Sweet Festival Gala on September 2 and 3 which will feature the best of best selected over the Brisbane/Gold Coast heats.

If you want to see raw local talent on the stage, and have a great night out at the theatre then get yourself over to the Brisbane Powerhouse.

What: The Short and Sweet Festival

Where: The Brisbane Powerhouse