Brisbane is brimming with places that exhibitÂ and sell the best films – therefore, instead of Netflix how about a night on the town?

When it comes to films, I personally appreciate the nostalgia from either choosing a film from a selected range of DVDs in a store or attending a cinema screening. Luckily for myself and other film enthusiasts, Brisbane is full of fantastic places to find and watch films.

Two of the best places to buy films in Brisbane are the Title Store in South Bank and DVD King in Queen Street Mall. Title Store, located on Grey St in South Bank, is possibly one of the only stores in the city to sell officially catalogued CriterionÂ released films. For those who are unaware, the Criterion Collection is a DVD and Blu Ray collection of the “most important classic and contemporary films”- a must have in any cinephile’s film collection. Film’s from the Criterion Collection are difficult to come by, especially in Australia, and that is why Title Store is such an underrated provider of DVDs in Brisbane. The store also boasts an extensive collection of titles ranging from American print special editions to limited edition boxsets.

DVD King is a pop culture store located in the heart of the Queen Street Mall Myer Centre and is home to the best and the worst films. The store is overflow with cult and b-grade films as well as classic films which are unavailable elsewhere in Australia; hence why theirÂ slogan isÂ “We specialise in hard-to-find films”. Examples of films that are only available at DVD King are Tommy Wiseau’s “The Room”, the original cut of the cult classic – The Warriors and plenty of out of print B-Movies from the 40’s up to the 60’s. DVD King is also a retailer of Pop Culture merchandise such as a wide variety of Pop Vinyl Figures, T-shirts, action figures, posters and much more in store.

Additionally, Brisbane has an overwhelming cinema culture – broadcasting the best in new and previously released films around the heart and outer suburbs of the city. Dendy Portside is an indie cinema located at the port of Brisbane, the cinema exhibits the best films both indie and studio produced that won’t get wide releases around Australia, for example, “The Green Room”Â had it’s only Brisbane release at the Dendy Portside.

Another fantastic cinema in Brisbane is the Palace Barracks Cinema at Milton/Roma Street. The cinema plays all the new release films available, but they also exhibit film anniversaries and other special events. The same goes with Gallery Of Modern Art in South Bank. 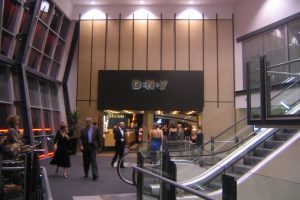 The final cinema in Brisbane that is known for its array of cult, nostalgic and everything inbetween film is the New Globe Cinema.

In conclusion, Brisbane has anÂ array of fantastic cinemas and retailers that specialise in entertaining Brisbanites. So get out there and enjoy everything this city has to offer for film! 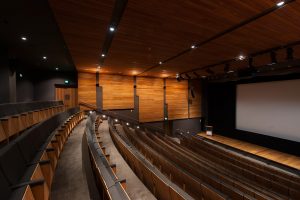