The Short + Sweet Festival kicks off its 2016 season in Brisbane this week, showcasing a variety of ten-minute theatre and cabaret acts by local artists.

Brisbane-based actor and director Cienda McNamara is returning to the Short + Sweet stage after winning a slew of awards for her cabaret show at Sydneyâ€™s 2014 festival.

A tale of red-hot (and imaginaryâ€¦) rivalry between her and Nicole Kidman, Ciendaâ€™s Hardly the Portrait of a Lady won Best Script, Best Comedy and Best Female Cabaret Artist.

This time Ciendaâ€™s new cabaret show, Natural Born Spinster, will be delving into her newly-formed realisation that she might very much end up a modern-day spinster. CiendaÂ describes the show as dealing with the aftermath of that realisation, and is about trying to negotiate singledom in a world where everyone is coupling up.

â€œThe idea for the show came out of the blue. I was sitting around with two couples and we were talking about life and I realized: â€˜oh, I havenâ€™t hit all the milestones Iâ€™m supposed to have hit, have I?â€™ 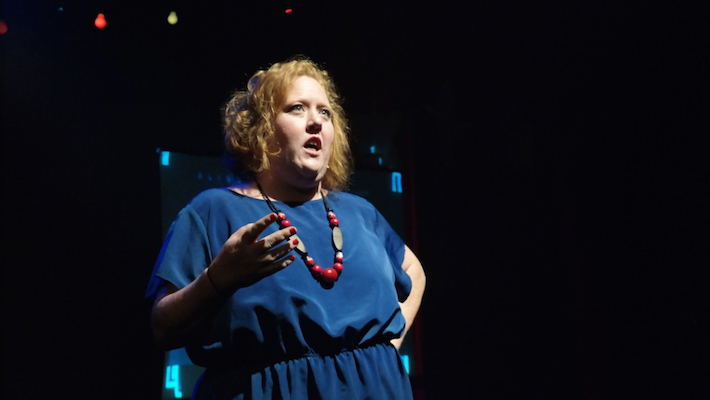 During that time Cienda says she came across a book by American essayist Kate Bolick, titledâ€”appropriatelyâ€”Spinster.

â€œI started reading it because I was fascinated by this notion that youâ€™re potentially damned if you do or youâ€™re damned if you donâ€™t. So if I want a family and I want a partner, how do I go about that? But if I donâ€™t have that, how do I convince people that actually Iâ€™m okay?

â€œWhich is a big thing because there is an expectation around: if youâ€™re single youâ€™re searching for the other.â€

Compacting all that into a show of ten minutes is quite the feat and Cienda says she thinks it requires a particular skill set to create a show for the Short + Sweet Festival.

â€œItâ€™s a beast. Itâ€™s a challenge to find out how you can tell a story in its entirety in ten minutes, because thatâ€™s the struggle.â€

You can catch Natural Born Spinster along with six other cabaret acts at the Brisbane Powerhouse on Friday 22nd and Saturday 23rd July. The Short + Sweet Festival begins Thursday 15th July.