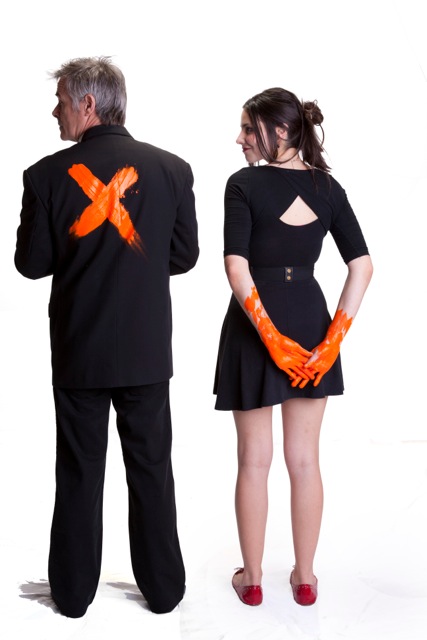 Welcome to the world of Short+Sweet – a more creative world ten minutes at a time!

The Short+Sweet Theatre Festival is back in Brisbane and the Gold Coast from July in 2013 with over 40 new plays, presented between the 2 venues it is more than just a festival, it is a Community Arts Project, bringing together over 200 local artists working to create a experience for the audience of pure Queensland talent.

A festival packed with this talent, 40 different plays, 40 writers, 40 directors and over 100 actors, Short+Sweet promises to make you laugh, cry, tremble, weep and most definitely be surprised.

2013 sees a new intake of scripts which will see any nights viewing move from violent drama to spectacular, dance side splitting comedy to magical shadow puppetry.

With Brisbane acting luminaries such as Catarina Hebbard, Elise Grieg and Kerith Atkinson cueing up to flex their Directing muscles. Sven Svenson, one of Queenslandâ€™s most recognised playwrights andÂ acting talent like Monette Lee, Casey Woods and Iain Gardiner gracing the Festival, 2013 promises to be the most exciting year yet!

Now in its fifth year in Brisbane and third on the Gold Coast Short+Sweet is growing into the festival that everyone wants to be a part of and this year sees more high profile Brisbane artists being drawn to the short form.

Short+Sweet is a worldwide event with over 15 Festivals in Australia and over 20 internationally in Singapore, Malaysia, Taipei, Auckland, Delhi, Chennai and Mumbai.SHORT+SWEET affords budding playwrights the opportunity of seeing their work come to life on stage â€“ emerging actors, directors and local Independent Theatre Companies also have their chance
of being seen in a professional environment by industry experts.

It is more than a Festival; it is a Community Arts Project.

Audiences are guaranteed 10 plays a night and no play will last more than 10 minutes.

The SHORT+SWEET project (since 2001 – as it started out in the late 90â€™s as the â€˜biggest little play festivalâ€™) has expanded throughout Australia in recent years and now includes festivals in QLD, NSW and SA.

Plus, of course its International program.

Where: The Loft, QUT Gardens Theatre

Shady Palms Bar & Cafe is just a stones throw away!