Simon Burke Melts Hearts with Something About Always

Simon Burke joins Melt Festival for a night of reminiscence and romance in Something About Always.

There are precious few Aussies without a connection to Burke â€“ as he himself said, only slightly despairing, he taught many of us to tell the time. And with a career stretching from Play School to the Pallidum, his work has reached thousands through both the stage and screen. For one-man show Something About Always, Burke pours all four decades of this illustrious career into one jam-packed evening of music and memories.

Set in the smoky Powerhouse Theatre and backed by only a single piano, the show is a welcome oasis away from the stresses of the week â€“ indeed, even away from the busy vitality of Melt, which bustles on just a wall away. Burkeâ€™s voice is at its zenith, assured and honey-toned, with a forty-year songbook to draw from. Thereâ€™s a touch of Olâ€™ Blue Eyes about him now, and Something About Always oozes charm and swagger.

The first half of the night is mostly furnished with songs from and inspired by Burkeâ€™s previous roles, from an aching Empty Charis at Empty Tables, grown more poignant with time, to the utter romp of A Little Night Musicâ€™s In Praise of Women, to a quietly dignified Edelweiss. Threaded through the songs are wry anecdotes and observations from Burkeâ€™s highly storied time in the spotlight. By his own admission, itâ€™s been a broad and varied experience and he relates the highs and lows with candour, self-effacing good humour and just a hint of pomp. 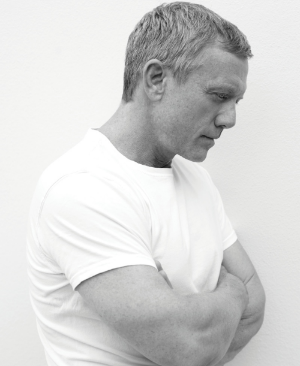 Come second act, musical theatre is kicked to the curb as Burke gets down to business to provide the audience with what, by his estimation, they really want: Play School. Proceedings open with a tremendous jazzy cover of the showâ€™s theme, which is both rip-roaringly good fun and hilariously suggestive, and which has the audience eating out of Burkeâ€™s hand. He follows up with a three-part, pun-laden tribute to the triumvirate of Humpty, Jemima, and Big Ted. The powerful nostalgia play works wonderfully, and itâ€™s quite something to witness a room full of adults suddenly regress to enraptured, sing-song children.

Things arenâ€™t all clapping games and rocket clocks, however, with the remainder of the night given over to Burkeâ€™s personal favourites, from Paul Simon to Judy Garland. All are covered with panache and a knock-out vocal range, as Burke puts his stage chops to good use. But the second encore of the night is another sentimental favourite: Itâ€™s So Nice to Have a Cuddle. Instantly, the child inside every frazzled, struggling adult soothes, in a fitting finale to a warm and heartfelt show.

Melt Festival continues at the Brisbane Powerhouse. To check out the rest of the program, head to their website here.

You see what you look for: Meet Gratitude speaker Toni Powell